Roger Federer: Casting a spell with elegance, grace and artistry

Roger Federer may never glide across it as only he can, or any other Grand Slam court for that matter, again. But his legacy will never fade. The vacuous debate over who is the greatest male tennis player of all time will not cease now that Roger Federer has decided to hang up his racket and bask in the glow of his dazzling career.

Hard statistics show that the Swiss maestro has already been eclipsed by his great career rivals Rafa Nadal and Novak Djokovic in some of the key metrics used to determine greatness.

Federer, aged 36, won a record-extending 20th men's Grand Slam singles title at the 2018 Australian Open but it proved to be his last one and in the subsequent years he has watched Nadal reach 22 and Djokovic move to 21.

It is highly unlikely either of those two would have reached such staggering numbers, however, had it not been for the Basel-born phenomenon who turned thumping a tennis ball across a net into a higher art form that often defied imagination.

Former American top-10 player Brad Gilbert once wrote a popular book entitled Winning Ugly -- a prerequisite for 99.9% of players in the dog-eat-dog world of pro tennis.

For Federer, however, winning appeared to be only part of the deal -- even if 1,251 match wins and a success rate of 82% over a career spanning more than two decades suggests otherwise.

The Swiss did not just beat opponents.

More often than not he left them spellbound at the magic he was conjuring on the other side of the net. His game oozed elegance. His groundstroke swings were pinpoint and smooth, his power effortless, his feel other-worldly and his movement full of explosive grace.

Those in the know already had wind of a special talent emerging from Switzerland even before Federer claimed the boys singles title at Wimbledon in 1998.

Three years later, he announced himself to a much wider audience by out-playing his idol, Wimbledon king Pete Sampras, on Centre Court on his way to the quarter-finals.

There were still a few bumps in the road before Federer fully harnessed his box of tricks to win Wimbledon in 2003 -- the launchpad for his ascent into the pantheon of tennis greats.

Australian Mark Philippoussis was the unfortunate victim that day as Federer claimed the first of his record eight Wimbledon titles for the loss of only one set during the fortnight.

British sports writer Simon Barnes described Federer as the Harry Potter of tennis, musing that perhaps his racket came from the same store that the fictional wizard bought his wand.

Barnes later summed up why Federer will always be the choice of tennis connoisseurs whatever the record books say.

"It was not that Federer made tennis as lovely as it used to be. He made it lovelier than it had ever been before. Not that loveliness was the goal he was seeking: loveliness was just the method he used to win tennis matches," Barnes wrote. IMAGE: Roger Federer won the French Open only once -- in 2009 -- to complete his career grand slam. Photograph: Julian Finney/Getty Images

The titles came thick and fast for Federer after that.

In 2004 he won the Australian Open, retained his Wimbledon crown and won the US Open and in 2005 he completed a Wimbledon hat-trick and sealed a second successive US Open crown.

Federer reached number one in the world in 2004 and stayed there for 237 weeks -- a record that endures.

He maintained his domination in 2006, repeating his 2004 haul at the majors and incredibly reached the final of 16 of the 17 tournaments he entered as he accumulated a 92-5 win-loss record for the season.

A new threat was emerging, however, in the form of Spanish tyro Nadal -- a player whose brute force on clay was to prove beyond even the capabilities of Federer.

Federer suffered one of the worst losses of his career when he managed only four games against Nadal in the 2008 French Open final and a few weeks later was de-throned by the Spaniard in a Wimbledon final regarded as one of the best ever played.

IMAGE: Roger Federer's last competitive sighting on Wimbledon's Centre Court was a quarter-final defeat in 2021 to Hubert Hurkacz when he lost the last set 6-0. It was a defeat which marked the end of his Grand Slam career and the match proved to be the last Tour singles match of his career. Photograph: Julian Finney/Getty Images

But beneath all the grace and artistry, Federer possessed a fighting spirit almost unrivalled in the sport's history and he rose to the challenge posed by Nadal and Djokovic as two of the most compelling rivalries of any sport evolved.

Federer faced Nadal 40 times, winning only 16, and duelled with Djokovic on 50 occasions, trailing the Serb 27-23.

Djokovic also owns the record for weeks spent as world number one, but whatever the numbers say, Federer's impact on tennis, on and off the court, remains unprecedented.

His last competitive sighting on Wimbledon's Centre Court was a quarter-final defeat in 2021 to Hubert Hurkacz when he lost the last set 6-0. It was a defeat which marked the end of his Grand Slam career and the match proved to be the last Tour singles match of his career.

Beset by injuries, Federer spoke of his desire to return and did so at Wimbledon this year, wearing a smart suit and trainers to mark the 100th anniversary of Centre Court -- the rectangle of turf that became his favourite stage.

Federer may never glide across it as only he can, or any other Grand Slam court for that matter, again.

But his legacy will never fade.

"Few athletes have transcended their field in such a manner. He redefined greatness on the court," International Olympic Committee chief Thomas Bach said. 'Tennis won't be the same without you' 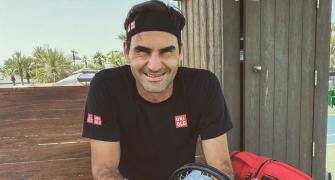 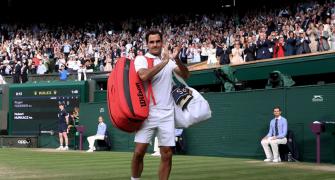 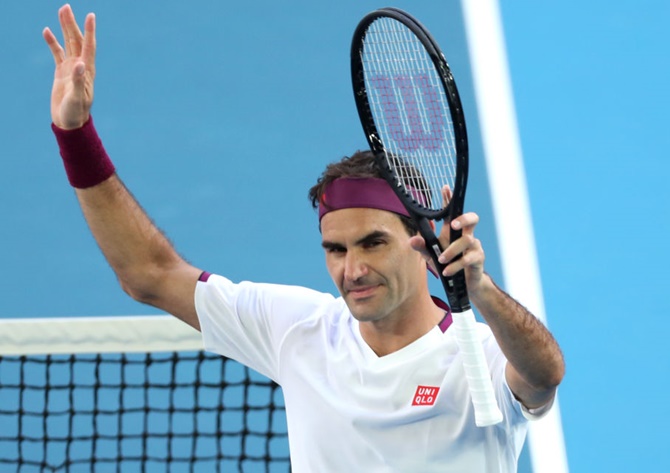