Rafael Nadal regained his aura of invincibility on clay on Sunday by brutally crushing Casper Ruud to lift the French Open trophy for an incredible 14th time and widen the gap at the top of the men's all-time list of Grand Slam winners.

There was a sense of deja vu as the Spaniard, who turned 36 on Friday, completed a 6-3, 6-3, 6-0 thrashing on a balmy afternoon in Paris to maintain his 100% success rate in the championship round at the claycourt major.

Despite all the trials and tribulations he suffered in the build-up, no one could prevent Nadal from lifting the Musketeers' Cup for a record-extending 14th time. The win means Nadal is now halfway through the calendar Grand Slam for the first time in his career after also winning the year's opening major at the Australian Open.

Nadal passed fellow Spaniard Andres Gimeno as the oldest Roland Garros men's singles champion. The result once again demonstrated that even when he is less than 100% fit, he is still a mountain too steep to conquer on the red clay of Roland Garros.

The win also gave Nadal a record-extending 22nd Grand Slam title and put him two clear of world number one Novak Djokovic of Serbia and Swiss Roger Federer in the men's race for the most major titles. He got a standing ovation as he walked onto the centre court under overcast skies as a raucous crowd livened up the atmosphere with drums and trumpets. 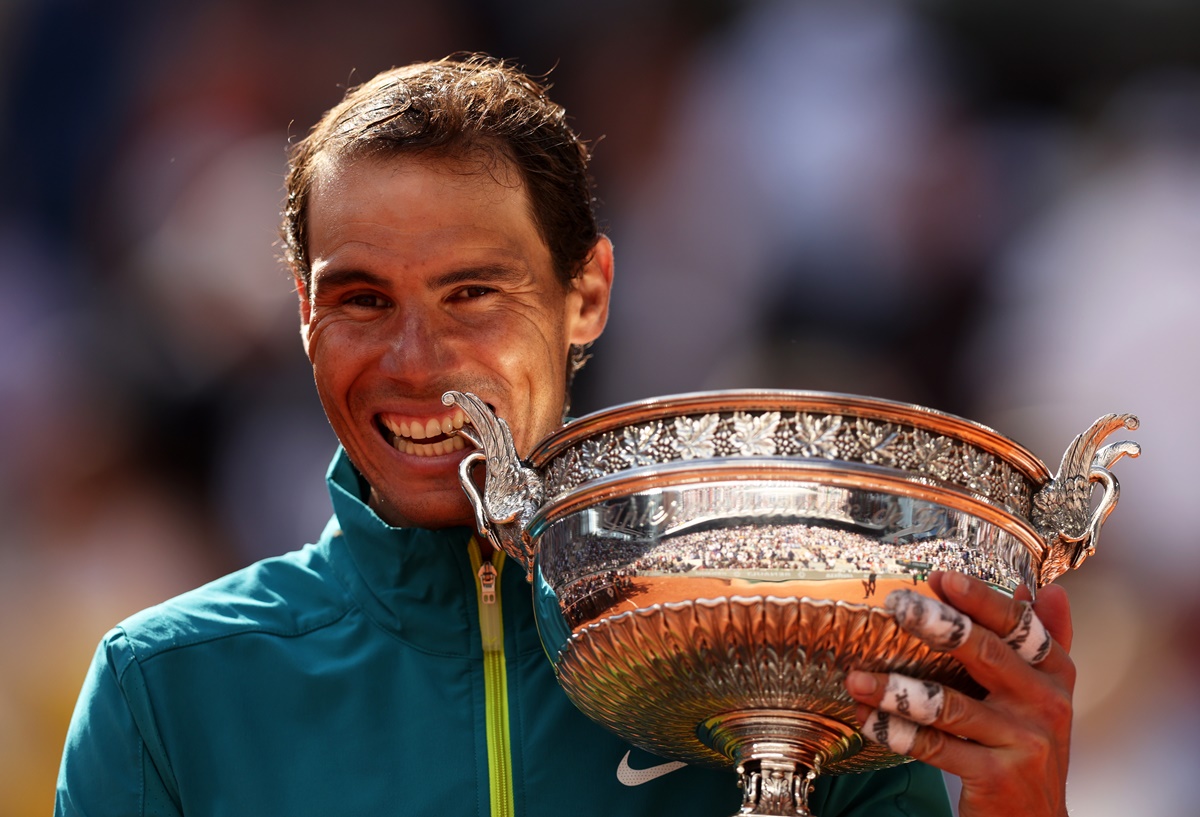 IMAGE: Rafael Nadal was too hot to handle for Casper Ruud as the Spaniard won 6-3, 6-3, 6-0 to win his 14th French Open title. Photograph: Brunskill/Getty Images 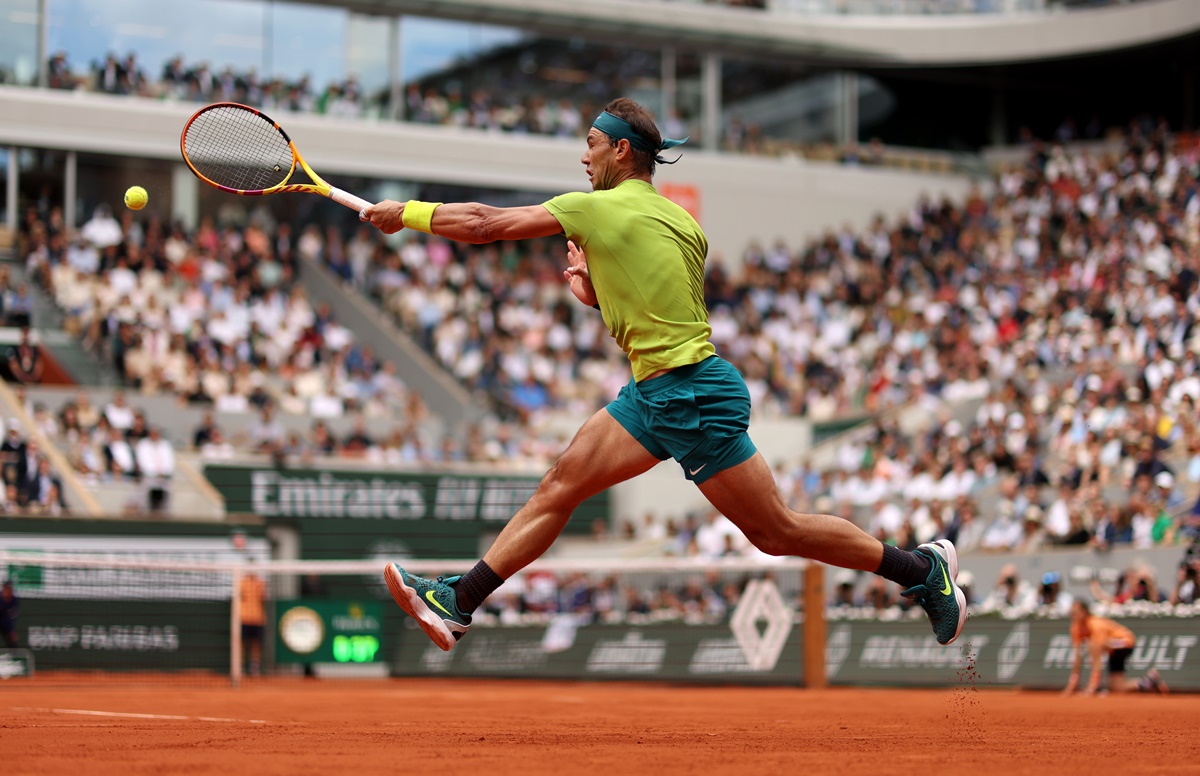 IMAGE: Rafael Nadal was his usual self settling in before bossing over Ruud. Photograph: Adam Pretty/Getty Images 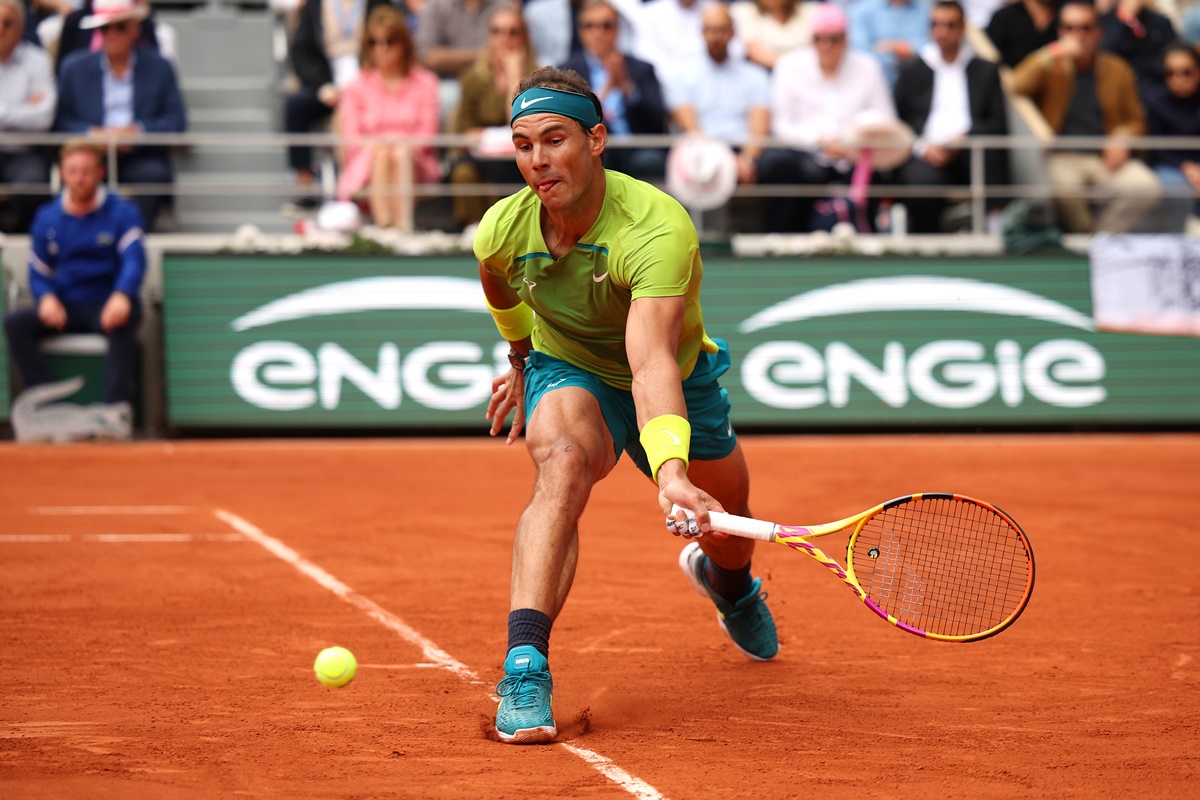 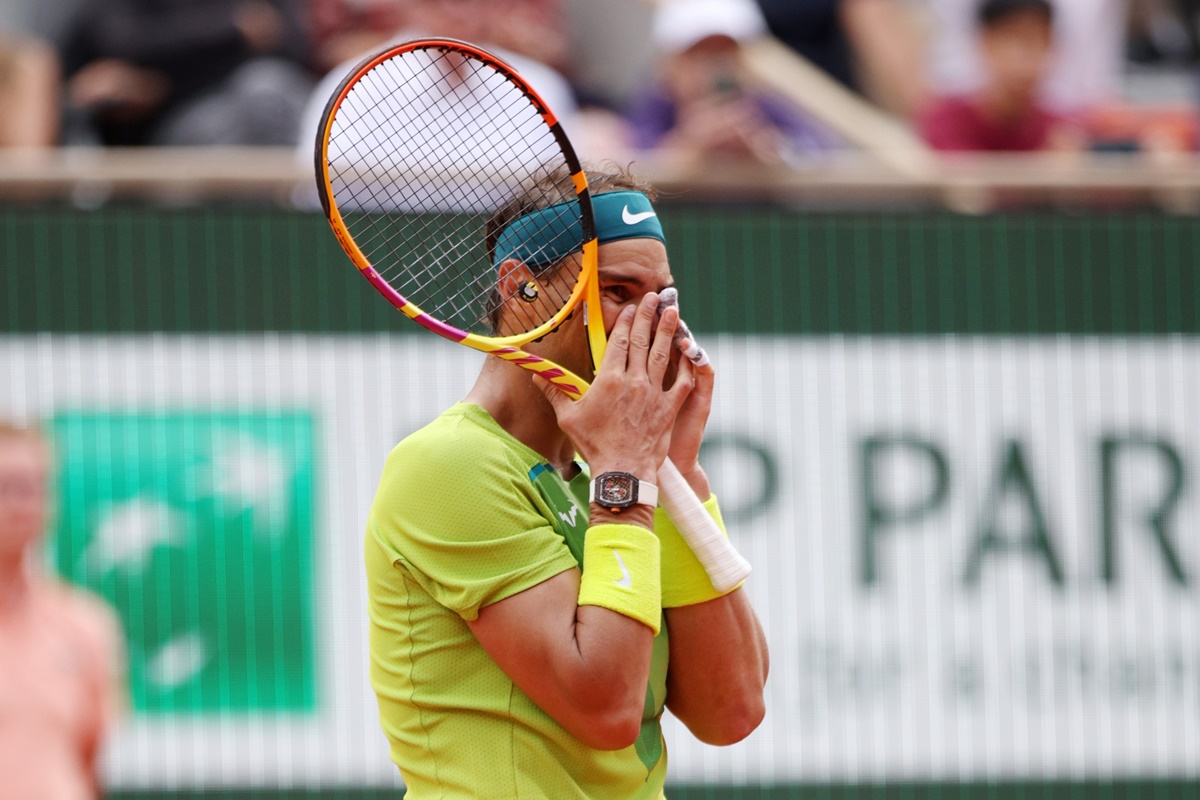 IMAGE: There was no stopping Nadal once he was 2 sets up as the Spaniard won 11 games on the trot to bagel Ruud in the final set and script history. Photograph: Clive Brunskill/Getty Images 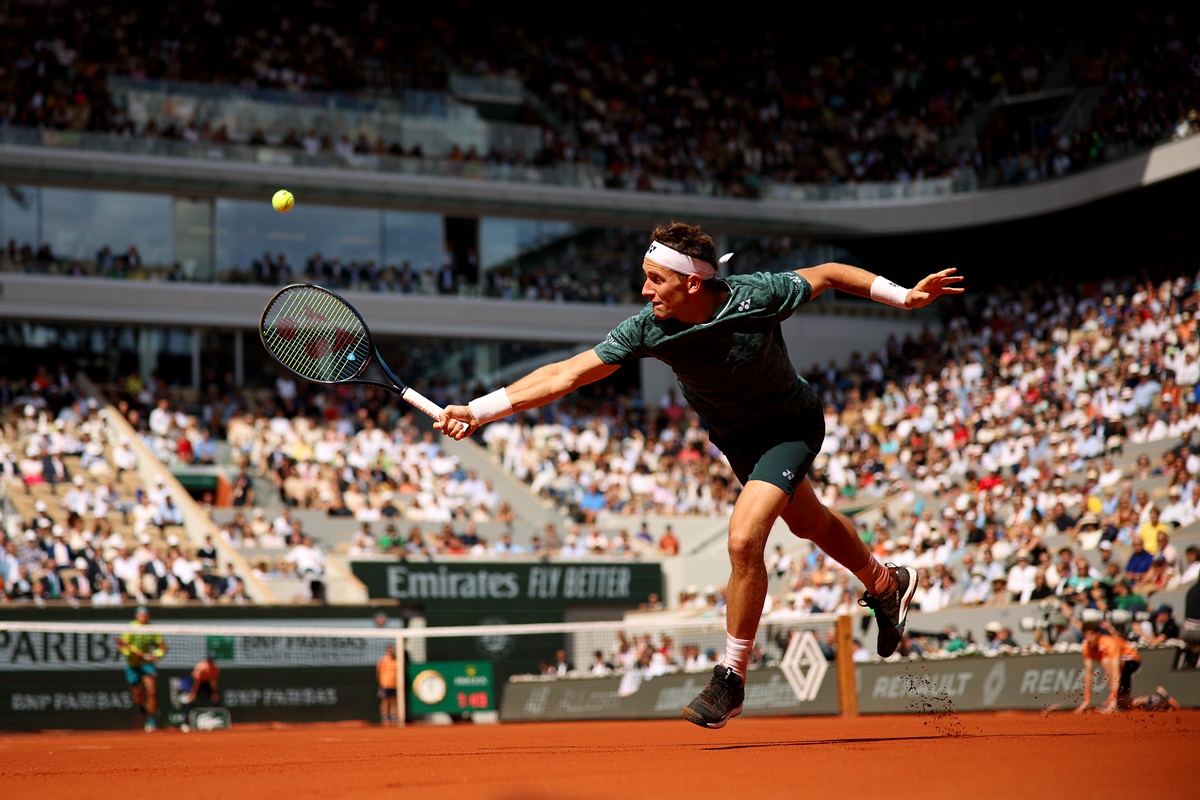 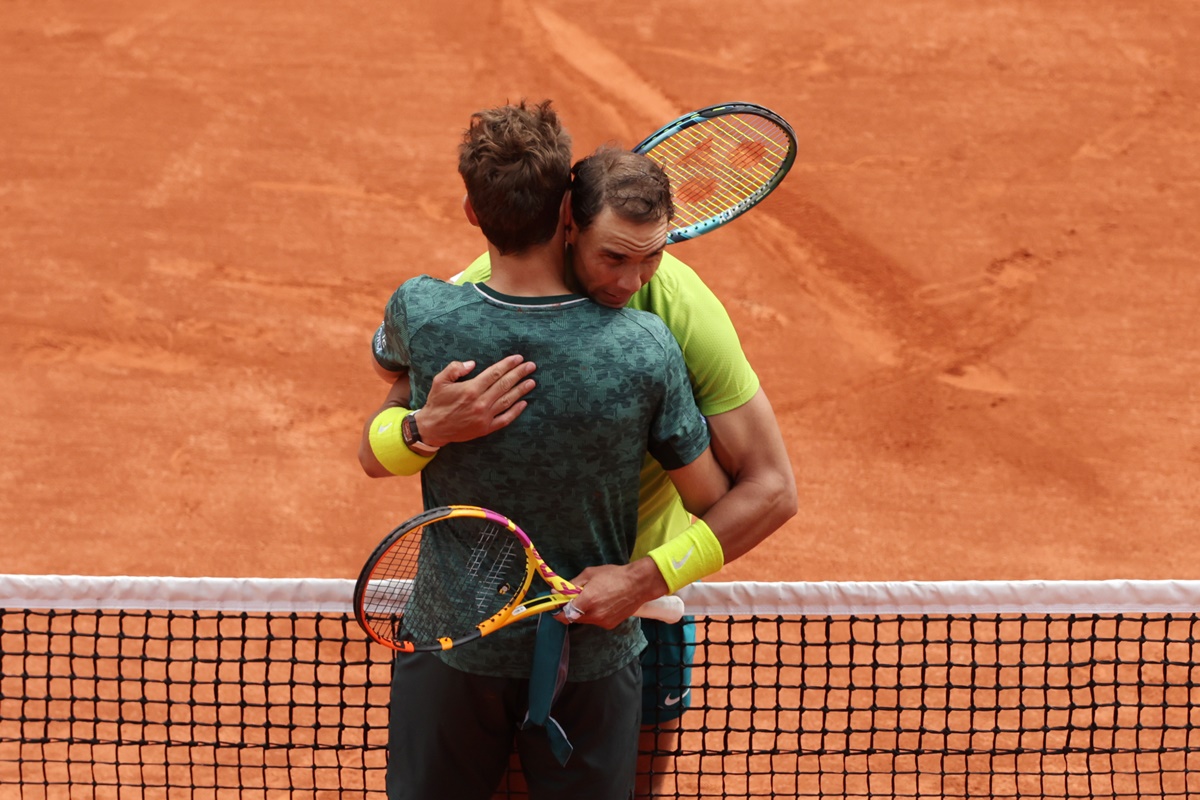 IMAGE: The duo had never played a competitive match before Sunday, but they have hit together plenty of times at the Spaniard's academy in Mallorca. Photograph: Adam Pretty/Getty Images 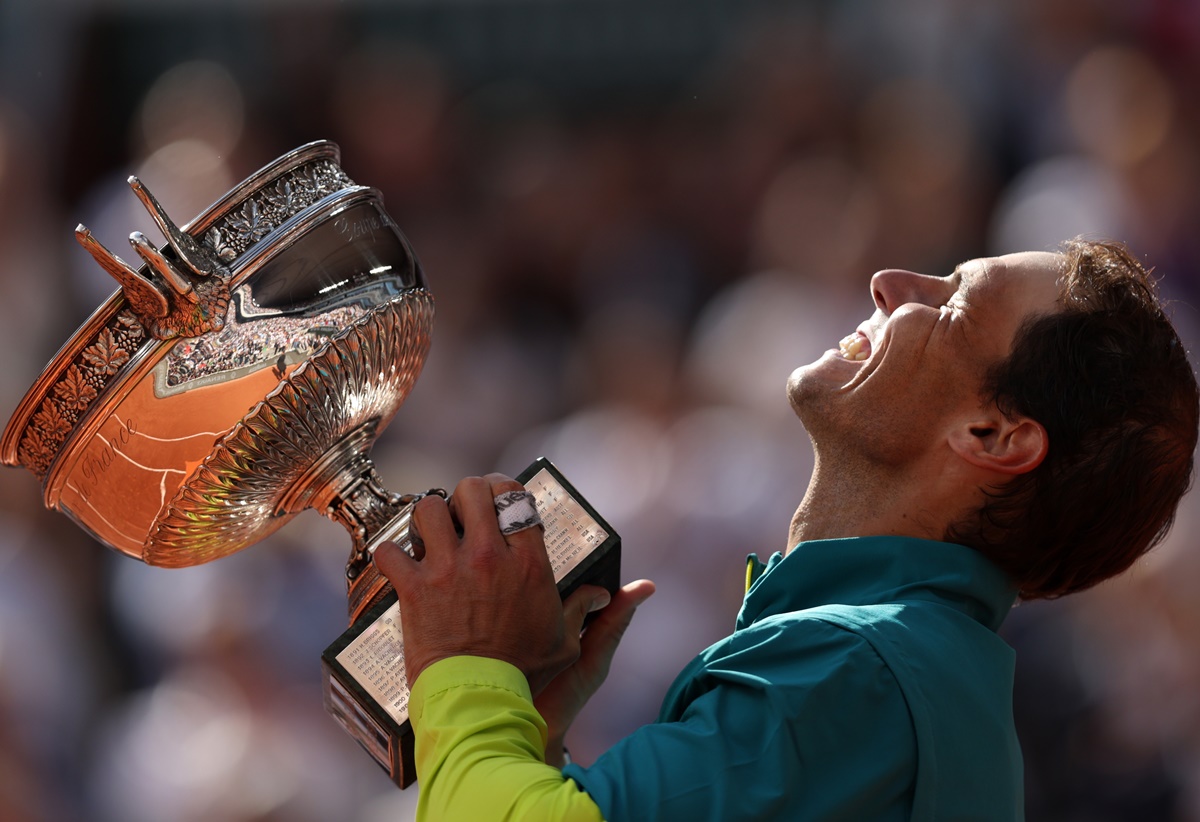 IMAGE: With the Roland Garros victory, Nadal took his tally to 22 Grand Slam titles, 2 clear of Roger Federer and Novak Djokovic who are tied on 20 Grand Slams each. Photograph: Adam Pretty/Getty Images 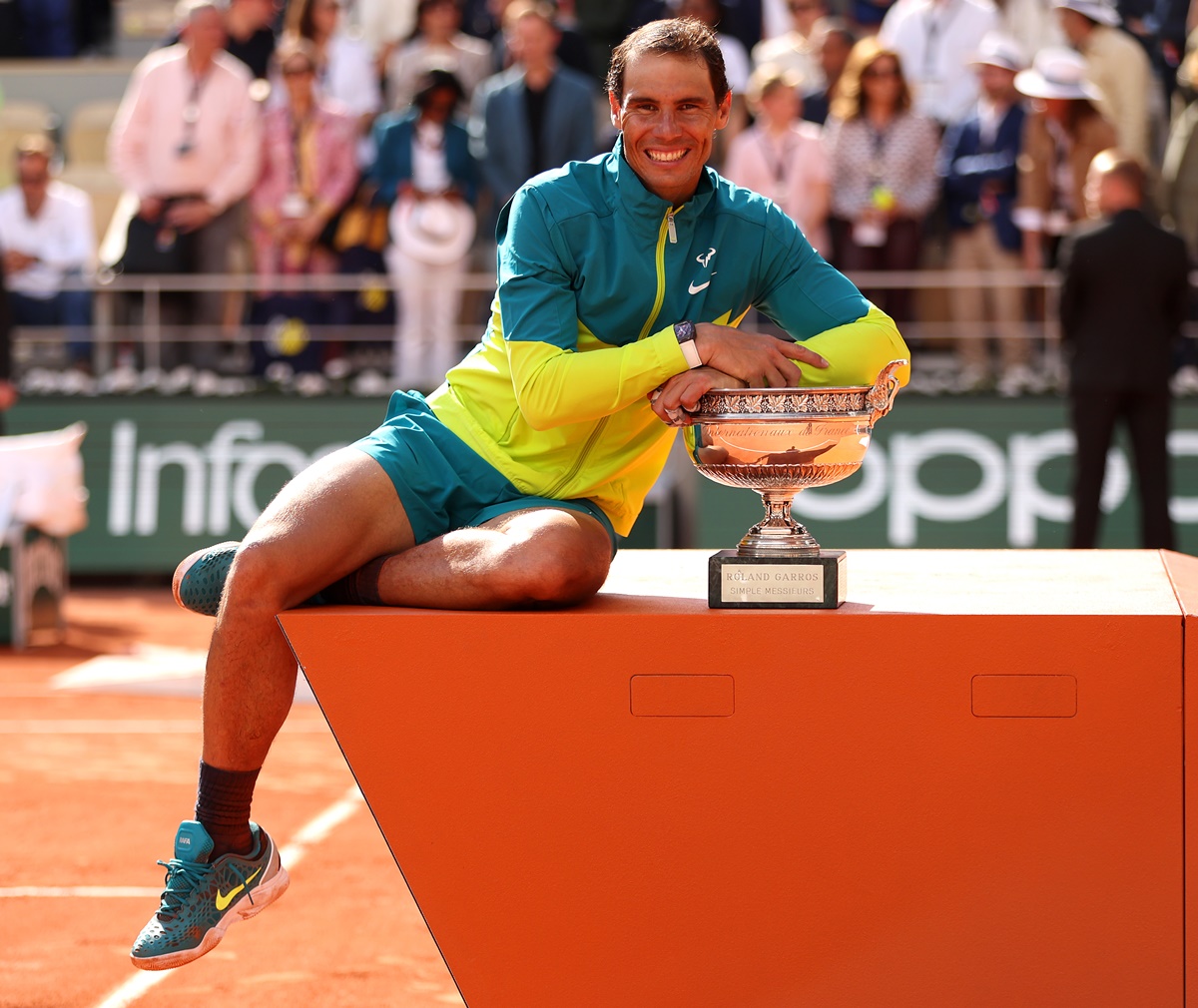 IMAGE: The win means Nadal is now halfway through the calendar Grand Slam for the first time in his career after also winning the year's opening major at the Australian Open. Photograph: Clive Brunskill/Getty Images 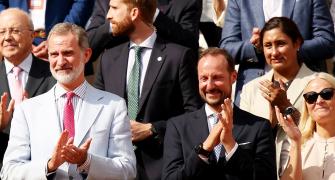 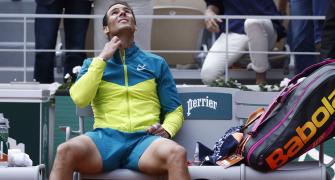 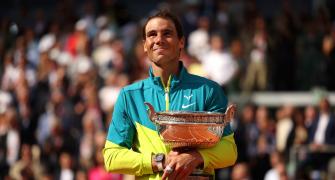 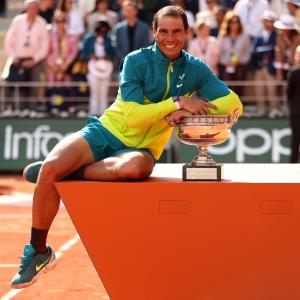 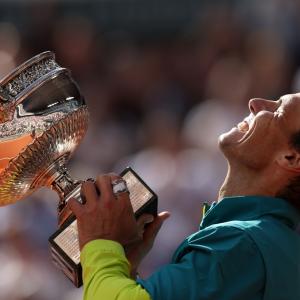