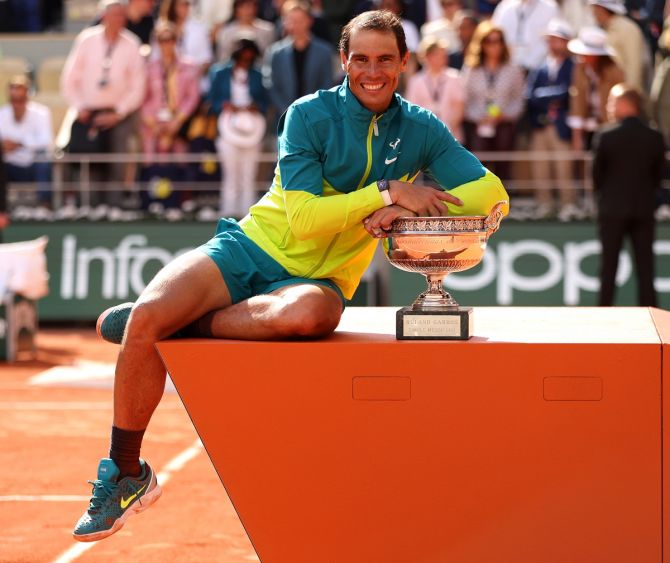 Rafael Nadal regained his aura of invincibility on clay on Sunday by brutally crushing Casper Ruud to lift the French Open trophy for an incredible 14th time and widen the gap at the top of the men's all-time list of Grand Slam winners.

Norwegian Ruud became the latest victim in a long line of challengers who have unsuccessfully tried to defeat the Spaniard in the Roland Garros final since Nadal won his maiden title on the red clay in 2005.

There was a sense of deja vu as the Spaniard, who turned 36 on Friday, completed a 6-3, 6-3, 6-0 thrashing on a balmy afternoon in Paris to maintain his 100% success rate in the championship round at the claycourt major. 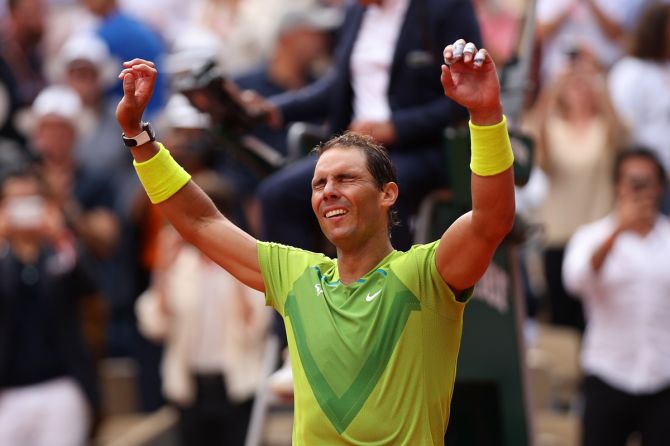 In the past 12 months Nadal contemplated retirement due to his battle with a chronic foot problem, was forced to spend six weeks on the sidelines after suffering a stress fracture on a rib in March and was unsure if he would be able to compete in Paris after struggling with his foot in Rome.

Rumours that the 'king of clay' was making his final appearance at Roland Garros kept circulating during the past fortnight.

"I don't know what can happen in the future but I am going to keep fighting to try and keep going," Nadal said in his victory speech on Court Philipp Chatrier, getting the afternoon's biggest round of applause from the stands.

Despite all the trials and tribulations he suffered in the build-up, no one could prevent Nadal from lifting the Musketeers' Cup for a record-extending 14th time. The win means Nadal is now halfway through the calendar Grand Slam for the first time in his career after also winning the year's opening major at the Australian Open. 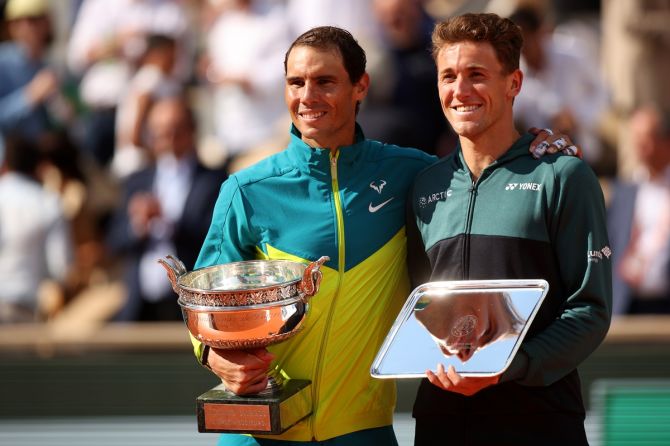 Nadal passed fellow Spaniard Andres Gimeno as the oldest Roland Garros men's singles champion. The result once again demonstrated that even when he is less than 100% fit, he is still a mountain too steep to conquer on the red clay of Roland Garros.

The win also gave Nadal a record-extending 22nd Grand Slam title and put him two clear of world number one Novak Djokovic of Serbia and Swiss Roger Federer in the men's race for the most major titles.

He got a standing ovation as he walked onto the centre court under overcast skies as a raucous crowd livened up the atmosphere with drums and trumpets.

The Spaniard, who has a statue erected in his honour at the claycourt arena in western Paris, kickstarted the party early for his fans.

The duo had never played a competitive match before Sunday, but they have hit together plenty of times at the Spaniard's academy in Mallorca and Ruud earlier said he has never won a practice set against his idol.

That record remained unchanged on Sunday. 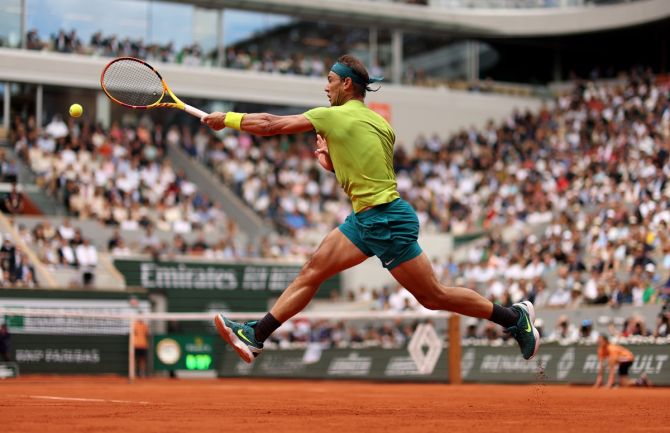 Nadal, who is 13 years older than the Norwegian, made a blistering start as he raced to a 2-0 lead with a superb forehand passing shot securing him the first break of the match. But despite all his experience, there were still nerves for the Spaniard as he frittered away his early advantage with two unforced errors off his forehand and two double faults.

Nadal's vicious top-spin forehand, however, soon found its range and he started applying pressure to Ruud's backhand to secure a break and canter to a 4-1 lead before securing the opening set.

Ruud raised his level at the start of the second, saving three break points to hold serve in the opening game and earned praise from his opponent when he charged down the length of the court to reach a drop shot and turned it into a winner.

The Norwegian soon broke Nadal to love to take a lead for the first time in the match.

The break seemed to galvanise Nadal.

The Spanish fifth seed wiped out his advantage in the next game and from a 3-1 lead in the second set Ruud did not win another game.

Nadal was now fully in the mood to put on a show and he put Ruud out of his misery on his second championship point with a backhand winner down the line, ending the contest in two hours and 18 minutes.

"We all know what a champion you are and today I got to feel how it is to play against you in the final and it is not easy," Ruud said.

"I am not the first victim, I know there have been many before." 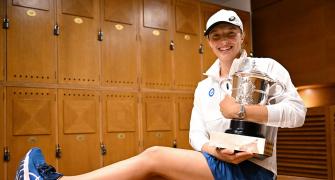 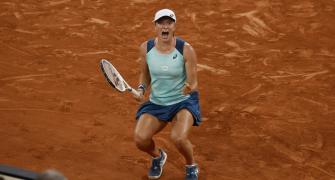 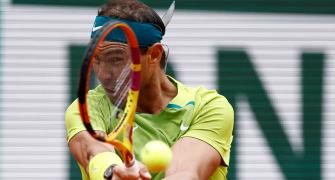 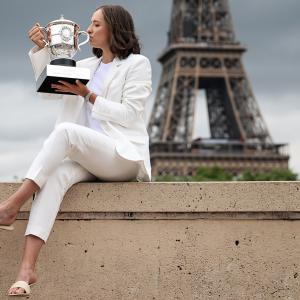 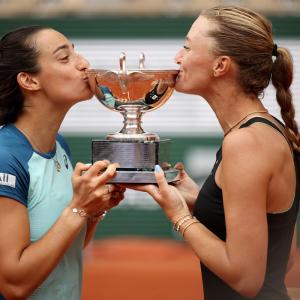