A third successive victory lifted Chelsea to third with 66 points from 33 games, while Tottenham and Arsenal have 64 and 63 respectively having played a game less. 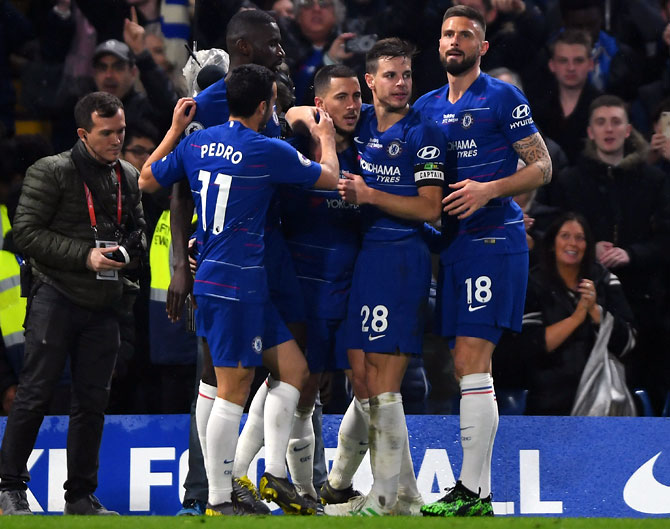 Eden Hazard's stunning individual performance earned Chelsea a 2-0 win over West Ham United which hoisted them into third spot in the Premier League on Monday.

The Belgian wizard tormented West Ham throughout and scored both goals to move Chelsea above Tottenham Hotspur and Arsenal in the race for a top-four finish.

Hazard danced through West Ham's packed defence in the 24th minute to put Maurizio Sarri's side in front and Gonzalo Higuain should have buried the visitors before halftime.

West Ham improved after the break and Manuel Lanzini and Felipe Anderson both had good chances to equalise but Hazard sealed the points in the 90th minute with a clinical finish.

A third successive victory means Chelsea have 66 points from 33 games, while Tottenham and Arsenal have 64 and 63 respectively having played a game less. 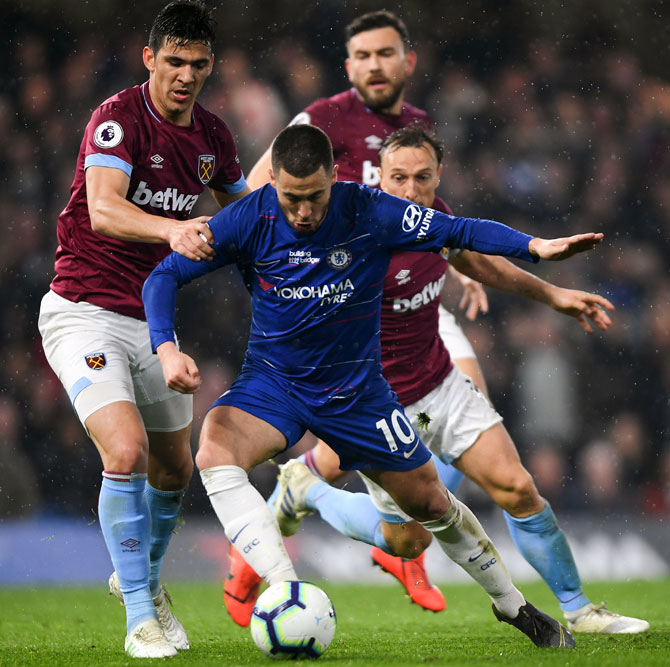 IMAGE: Eden Hazard's masterful brace means he now has 19 goals in all competitions this season -- equalling his previous best for Chelsea in 2014-15. Photograph: Mike Hewitt/Getty Images

Hazard was in a class of his own, giving the Stamford Bridge faithful another example of why they are so desperate to avoid him moving on at the end of the season -- a fact not lost on West Ham's fans who chanted that about Real Madrid's interest.

The 28-year-old's masterful brace means he now has 19 goals in all competitions this season -- equalling his previous best for Chelsea in 2014-15.

His opener was a contender for goal of the season, taking on half of West Ham's team single-handedly.

Taking possession of the ball 35 metres from goal with a blanket of West Ham players blocking his path to goal, Hazard first accelerated into the area past Declan Rice and Mark Noble. 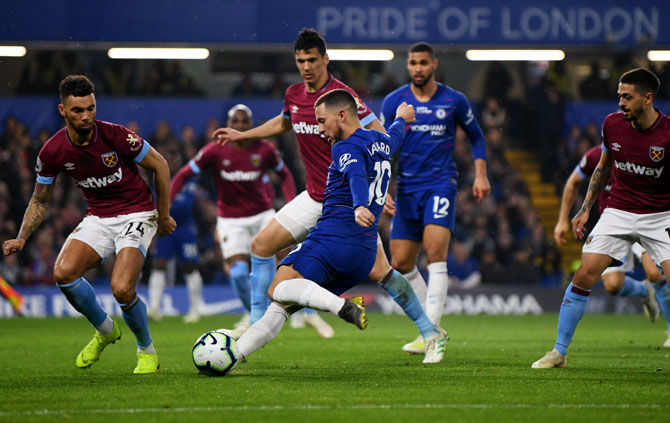 Then, as Fabian Balbuena and Angelo Ogbonna converged to try and stop him, he left both tackling thin air and with Ryan Fredericks desperately trying to cover he remained perfectly balanced to smash a left-footed shot past Lukasz Fabianski.

"It was something special. I took the ball and then I tried to move forward. In the box it was hard for the defender to challenge me because if he touches me it could be a penalty," Hazard told Sky Sports after a near-perfect display.

"I was maybe a little lucky with the shot. I wanted to shoot quickly. When I saw the ball in the net I was just so happy. I am small so it is good when I play against tall players as it's very hard for them to change direction."

Higuain thumped a shot against the woodwork minutes later as Chelsea threatened to run riot and the Argentine was denied again by a timely block shortly before halftime.

West Ham offered more threat in a much more evenly-balanced second half and both Felipe Anderson and Manuel Lanzini had good chances to equalise while Marco Arnautovic headed just wide.

It was left to Hazard to seal the points.

This time he collected Ross Barkley's ball over the top and before West Ham's defence could close him down, he fired a shot across Fabianski into the far corner.

© Copyright 2020 Reuters Limited. All rights reserved. Republication or redistribution of Reuters content, including by framing or similar means, is expressly prohibited without the prior written consent of Reuters. Reuters shall not be liable for any errors or delays in the content, or for any actions taken in reliance thereon.
Related News: Chelsea, Eden Hazard, West Ham, IMAGE, Tottenham Hotspur
SHARE THIS STORYCOMMENT
Print this article 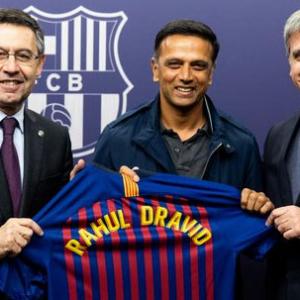