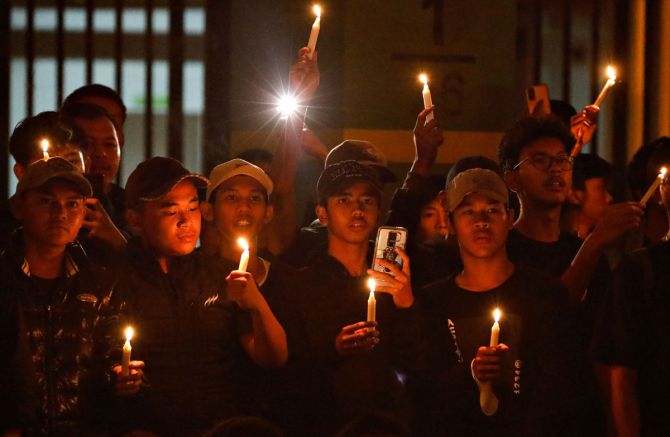 IMAGE: Fans gather during a vigil at Patriot Candrabhaga Stadium, after a riot and stampede at Kanjuruhan Stadium following the football match between Arema vs Persebaya Surabaya, in Bekasi, on the outskirts of Jakarta, Indonesia, on October 3, 2022. Photographs: Ajeng Dinar Ulfiana/Reuters

Indonesians gathered for Friday prayers mourned 131 people killed in a soccer stampede six days ago, amid calls for a prompt investigation into one of the world's most deadly stadium disasters to enable its victims to rest in peace.

Most of those killed after the match in the town of Malang, in East Java province, died of asphyxiation, caught in a panicked crush as they tried to flee after police fired tear gas in an attempt to disperse a rowdy crowd. 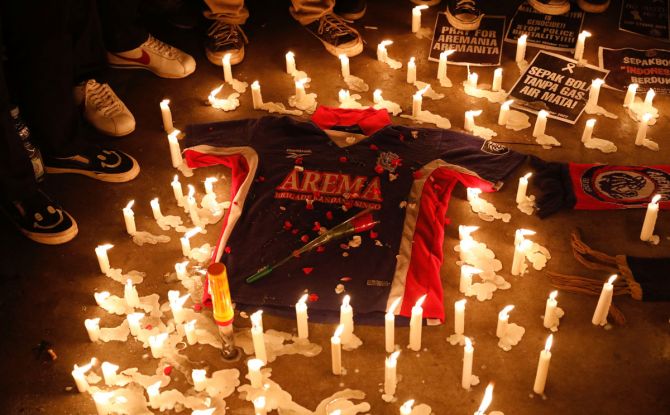 At Al Fatih Mosque near Malang an Islamic preacher led a tearful recital of tahlilan, or special prayers for the dead.

"Many of the supporters demand the case be immediately resolved so the souls of those who died can rest in peace," said 53-year-old soccer fan Widodo after joining the prayer. 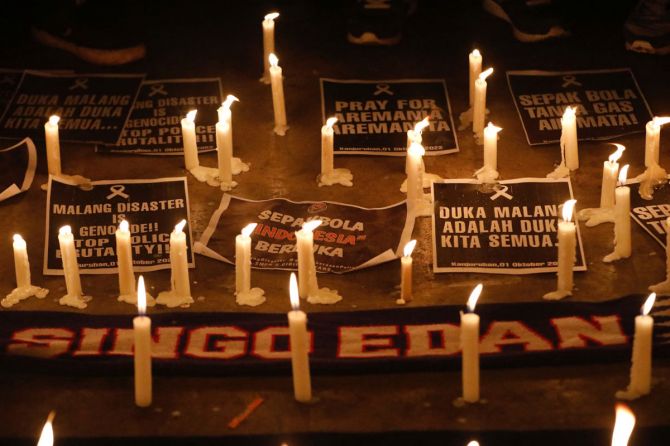 Widodo, who like many Indonesians uses one name, had been at Saturday's match but left early fearing things could turn bad.

Police have named six suspects in an investigation into the stampede, including match organisers and three officers who were present. 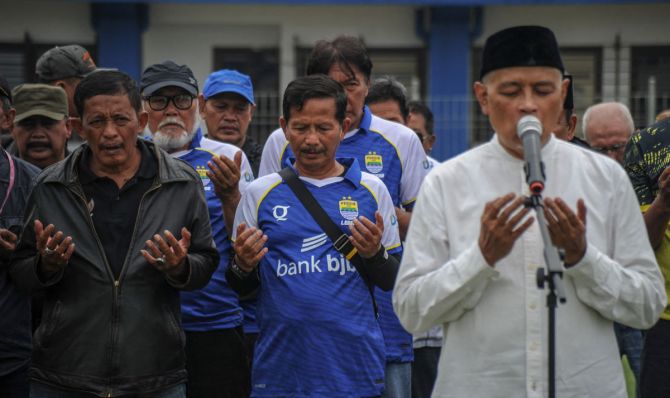 The deadly incident has fuelled accusations of heavy-handed policing in the soccer-mad Southeast Asian nation, with the use of tear gas inside the stadium - prohibited by world soccer body FIFA - widely criticised.

Messages and posters have been plastered on the stadium's doors and walls, some demanding an end to "police brutality", and Amnesty International Indonesia said on Friday that the tragedy "shows what can happen when excessive use of force by security forces is allowed to go on with impunity." 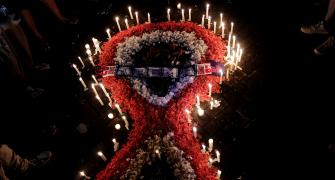 'Our Football Tragedy': 17 children among dead 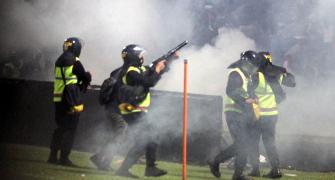 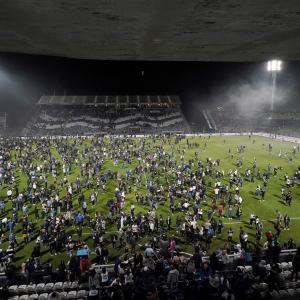