Kvitova to take on qualifier Garcia for Cincinnati women's crown Fourth seed Stefanos Tsitsipas edged world number one Daniil Medvedev 7-6(6), 3-6, 6-3 in an absorbing semi-final at the Cincinnati Open on Saturday to set up a summit clash with Borna Coric after the Croatian's 6-3, 6-4 win over Cameron Norrie.

Tsitsipas saved a set point in the opening tie-break to take the lead but collapsed in stunning fashion in the second set, falling behind 5-0 before narrowly avoiding a bagel.

But the Greek, who had just two wins in nine matches against Medvedev coming into the encounter, raised his game in the decider and broke the US Open champion at 3-2 before comfortably serving out the match with some exquisite net play.

Sunday will be Tsitsipas's first final appearance in Cincinnati and his fifth overall in 2022. Coric reached his second ATP Masters 1000 final - and first since undergoing shoulder surgery last year - with a commanding performance against Norrie, who offered little resistance against his opponent's heavy hitting from the baseline.

British ninth seed Norrie started brightly and raced into a 3-1 lead before Coric found his groove to win five straight games and secure the opening set.

"It was a very tough day, a very long day as well," said Coric after both men's semi-finals were delayed due to rain.

"At the beginning I was not there, I was not feeling the ball very well. Then I did find my rhythm. I started to serve better, I started to play much better and I think that was the key to the match."

Coric, who struck 22 winners in all, kept up the momentum in the second set, clinching eight straight points to take a 4-2 lead before closing out the match to set up a third career meeting with Tsitsipas.

Kvitova to take on qualifier Garcia for Cincinnati title Petra Kvitova overcame a sluggish start and 10 double faults to beat Madison Keys 6-7(6), 6-4, 6-3 on Saturday and advance to the final of the Cincinnati Open, where she will face Caroline Garcia, the first qualifier to reach the final of a WTA 1000 tournament.

In a match twice hit by lengthy rain delays, Garcia was able to keep her focus to see off sixth-seeded Belarusian Aryna Sabalenka 6-2, 4-6, 6-1.

In the day's first match on a muggy Centre Court, a misfiring Kvitova had trouble getting into gear. But she produced some of her best tennis when it mattered by breaking the American favourite to start the third set and again to clinch a spot in Sunday's final.

It will mark the 40th WTA Tour singles final for the 32-year-old Czech but first in Cincinnati. 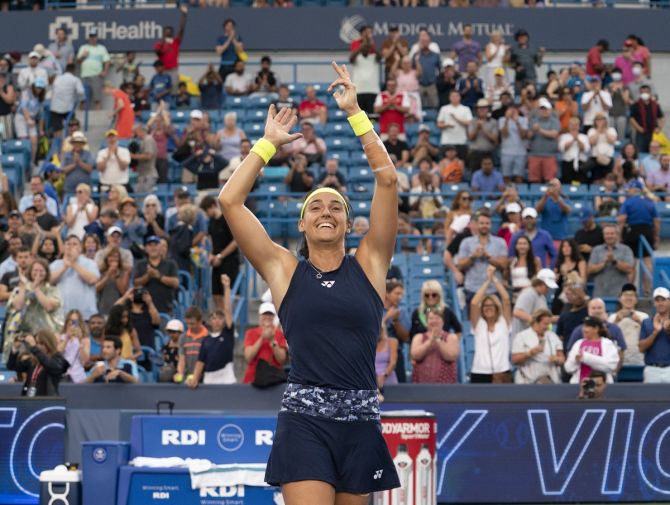 Keys, the Cincinnati champion in 2019, got off to a quick start and was gifted an early break when Kvitova double faulted three times. Thanks to the service break, Keys got in front 2-1.

But Kvitova slowly got her serve and groundstrokes under control and broke back to level at 3-3 as the set drifted to a tiebreak which Keys claimed 8-6.

In the second, Kvitova took command by charging ahead 5-2 but then struggled to close it out as Keys fought back to 5-4.

Serving for the set a second time, Kvitova would not squander another chance to send the contest into a decider.

Trailing 4-3, Keys had a superb opportunity to get back on level terms with three break points. But she was unable to convert as Kvitova fought back for the hold and then sealed her place in the final with another break.

Garcia, who leads the WTA Tour in aces, dominated the opening set particularly on her serve where she was 100 percent on first serve points won.

The Frenchwoman was two-for-two on break opportunities as well including one to clinch the opening set while Sabalenka could not manage a single break chance.

Garcia was in complete control when the match was halted due to rain at 1-1 in the second. But when play resumed, it was Sabalenka who benefited from the delay.

Both players struggled to hold serve after the restart. There were five consecutive breaks until Sabalenka finally held to go up 5-3 on the way to levelling the contest.

The second rain delay came at 3-1 in the third right after Garcia had broken Sabalenka. But this time, when play restarted the Frenchwoman swept the next three games to end a long day with a victory. 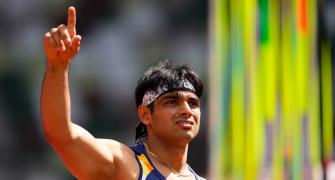 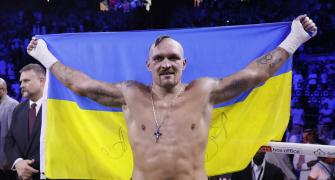 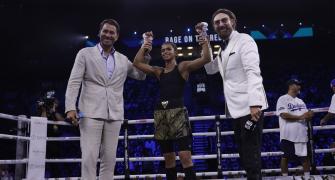 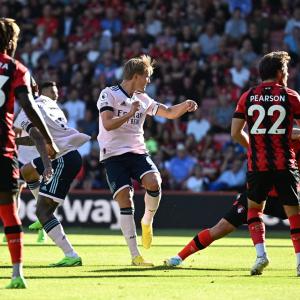