IMAGES from the 2nd ODI played between Zimbabwe and India in Harare on Saturday.

Sanju Samson produced a responsible unbeaten 43 after a clinical bowling display, led by pacer Shardul Thakur, as India sailed to a five-wicket win over Zimbabwe in the second ODI to take an unassailable 2-0 lead in the three-match series in Harare on Saturday.

It was not quite a domination like the first ODI but the paltry 162-run target meant that the KL Rahul-led side did not have to sweat much despite a mid-innings jolt.

Opting to bowl, comeback man Thakur (3/38 in seven overs) brilliantly set it up and became the wrecker-in-chief as the Indian bowlers once again came out on top to skittle out Zimbabwe for 161.

In the absence of Deepak Chahar who missed out after his exploits in the last ODI, Thakur made his presence felt and rocked the Zimbabwe top-order with his double blow in the 12th over. 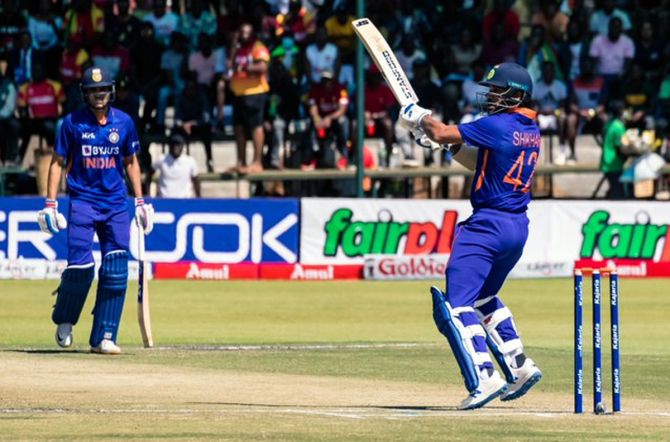 Having posted a 192-run unbroken stand in their previous win, Shikhar Dhawan and Shubhman Gill did not open together this time with the skipper Rahul opting to go alongside the former.

In the first ODI, Rahul, who was returning to action after nearly three months following a sports hernia surgery and a bout of COVID, chose to go with Dhawan and Gill as the two openers.

But Rahul got back to his usual slot on Saturday, only to get out LBW by pacer Victor Nyauchi after missing the line of the ball.

This was Rahul's first International match since his 49-run outing against the West Indies in an ODI in Ahmedabad on February 9. 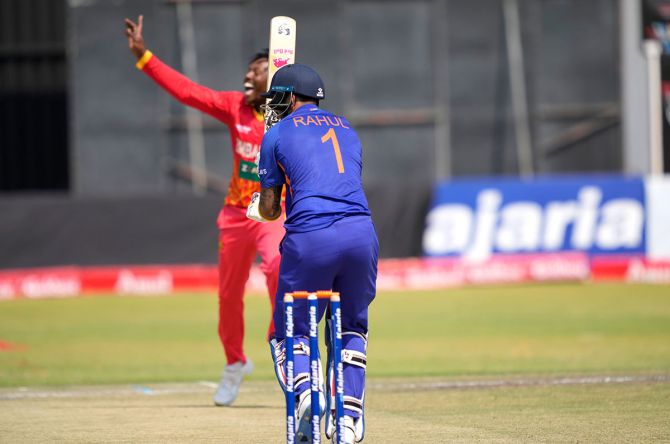 After Rahul's brief stay, it was once again business as usual for Dhawan and Gill as the duo started from where they left in the first ODI  two days' back.

Dhawan and Gill then showed the same flair and authority as they did in the opening ODI, even as the duo batted in different positions this time, posting identical scores of 33.

But the duo could not steer the team home this time as India endured some anxious moments in the middle following the departure of Dhawan.

Luke Jongwe (2/33) produced a double blow, dismissing Ishan Kishan (6) and a well-set Shubman Gill in successive overs, to reduce India to 97 for four at the drinks break. 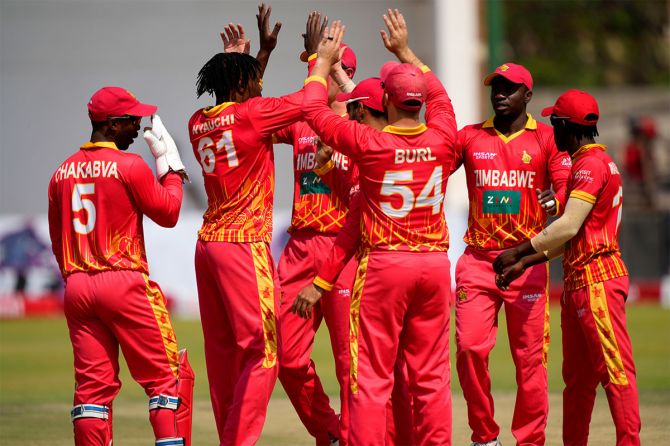 With just 65 runs needed from 36 overs, Deepak Hooda and Samson produced a sensible stand of 56-run together to virtually seal the match.

With nine runs to win, Hooda was yorked by Sikandar Raza but Samson remained unbeaten on 43 (39 balls; 2x4, 4x6) and wrapped it up with a six off legspinner Innocent Kaia in the 26th over.

Earlier, Comeback man Shardul Thakur was the wrecker-in-chief as the Indian bowlers once again came out on top to skittle out Zimbabwe for 161 in the second ODI in Harare on Saturday.

In the absence of Deepak Chahar who missed out after his exploits in the last ODI, Thakur made his presence felt and rocked the Zimbabwe top-order with his double blow in the 12th over. He finished with fine figures of 3/38 in seven overs.

Sean Williams played a counter-attacking knock and top-scored for the hosts with a run-a-ball 42 (1x6, 3x4) after his side was reduced to 31/4 in the 13th over.

India brought in part-time off-spinner Deepak Hooda to give the much-needed breakthrough in the form of Williams who went for a pre-meditated pull to be taken at the deep square leg by Shikhar Dhawan.

Ryan Burl made a 47-ball 39 with three boundaries and one six but he ran out of partners as Zimbabwe could not stage a comeback. Their last three wickets fell in just eight balls that included the run-outs of Victor Nyauchi and Tanaka Chivanga.

It would have been worse for the hosts had India were not sloppy on the field as keeper Samson missed one stumping and dropped a difficult catch against Axar Patel, while Kuldeep Yadav missed a sitter off his own bowling. Mohammed Siraj (8-2-16-1) and Prasidh Krishna (6.1-1-28-1) troubled the struggling Zimbabwe top-order after KL Rahul opted to field, which denied the batters some much-needed practice ahead of the Asia Cup.

But the bowlers did not mind. 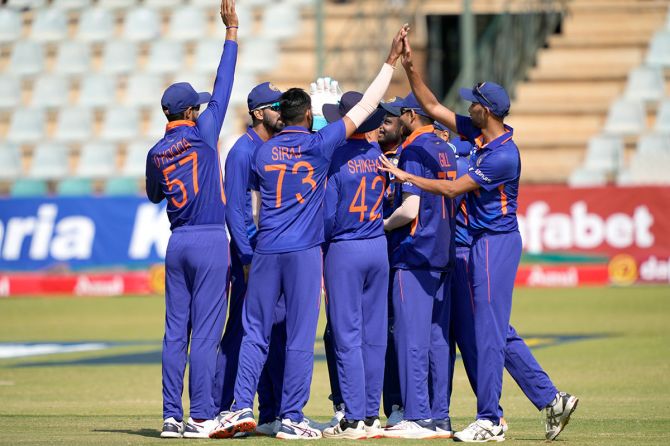 On a Harare SC surface with nice carry and bounce, the duo worked up good pace, swing and troubled the openers with some good length deliveries as the hosts managed just one run from the first three overs.

Siraj effected a breakthrough in the eighth over before Thakur and Krishna got into the act.

Sikander Raza and Wiliams put on a 40-run partnership before Kuldeep struck. Raza tried to attack, but only managed to slice the ball for Ishan Kishan to complete a well-judged catch to trigger a collapse. 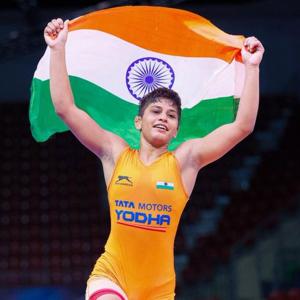 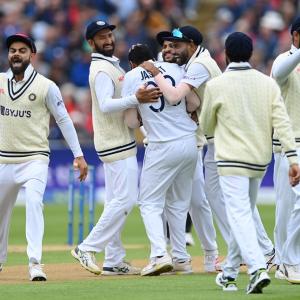