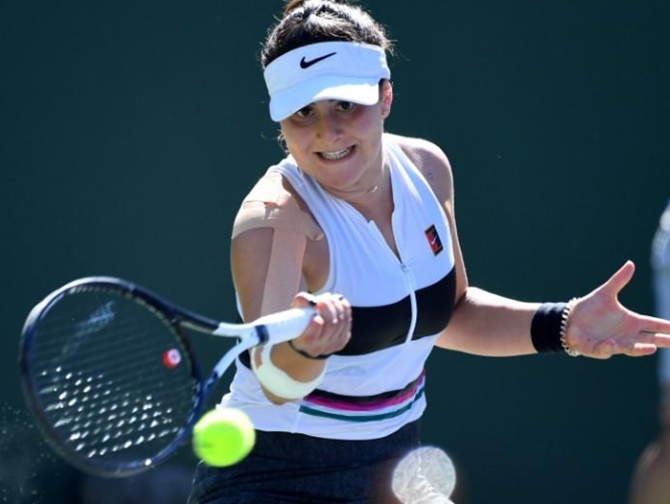 Canadian teenager Bianca Andreescu's Indian Wells triumph was not shown on television in her home country but that did not dampen the excitement across a nation where the future of women's tennis is suddenly looking as bright as ever.

Andreescu enjoyed an unprecedented run in the California desert where the 18-year-old became the first wildcard to win the prestigious event that is widely regarded as the biggest tennis tournament outside of the four Grand Slams.

"A STAR IS BORN" screamed the front-page headline of The Toronto Star on Monday above a picture of a grinning Andreescu with her eyes closed and arms around the winner's trophy.

The Candian first made waves in January when she beat former world number ones Caroline Wozniacki and Venus Williams on consecutive nights in a tune-up event for the Australian Open.

But Andreescu took her game to another level in California where her Cinderella run included wins over five seeded players, including former world number one and three-times Grand Slam winner Angelique Kerber in Sunday's final.

The match, however, was not shown on TV in her homeland and many Canadians took to social media to blast the country's all-sports networks for not securing broadcast rights to the event.

After becoming the first Canadian to win a WTA Premier Mandatory tournament, Andreescu reflected on the journey she took to reach the biggest moment of her career.

"A year ago, during this period, I had been struggling a lot with my tennis and with my body, too. So it's crazy what a year can do," Andreescu told reporters after her 6-4, 3-6, 6-4 win.

"I was playing 25Ks in Japan," she said, referring to the WTA's second-tier tournaments, "and now I'm the... champion of Indian Wells. It's crazy. Crazy is the word of the tournament for me. Just crazy." The victory vaulted Andreescu to a dizzyingly high ranking of 24th in the world, up 128 places since last December. It is even more remarkable considering she entered 2019 with a now-laughable goal of cracking the top 100 by year's end.

Andreescu's triumph even caught the attention of Canadian Prime Minister Justin Trudeau, who posted a congratulatory note on his Twitter account which she responded to by saying it is an honour to play for Canada.

The sudden flood of attention being directed at Andreescu is reminiscent of that given to other Canadians when they burst onto the tennis scene in recent years, including former women's world number five Eugenie Bouchard and men's No 3 Milos Raonic.

Andreescu, brimming with confidence, will now face questions at every turn about whether she has what it takes to become the first Canadian to win a Grand Slam singles title.

For her part the teenager, who is scheduled to get right back to work this week at the Miami Open, is not about to put any added pressure on herself.

"Like I said before, you never know what next week can bring. Maybe I'll have a bad day. Maybe my opponent will play unbelievable," said Andreescu.

"But if I go out there and play my best, then I have no pressure. I think the only pressure that comes to me is the pressure I put on myself. I try not to think about the press, the fans, and anything."

© Copyright 2020 Reuters Limited. All rights reserved. Republication or redistribution of Reuters content, including by framing or similar means, is expressly prohibited without the prior written consent of Reuters. Reuters shall not be liable for any errors or delays in the content, or for any actions taken in reliance thereon.
Related News: Bianca Andreescu, WTA Premier Mandatory, Jayne Kamin-Oncea-USA TODAY, Angelique Kerber, IMAGE
SHARE THIS STORYCOMMENT
Print this article 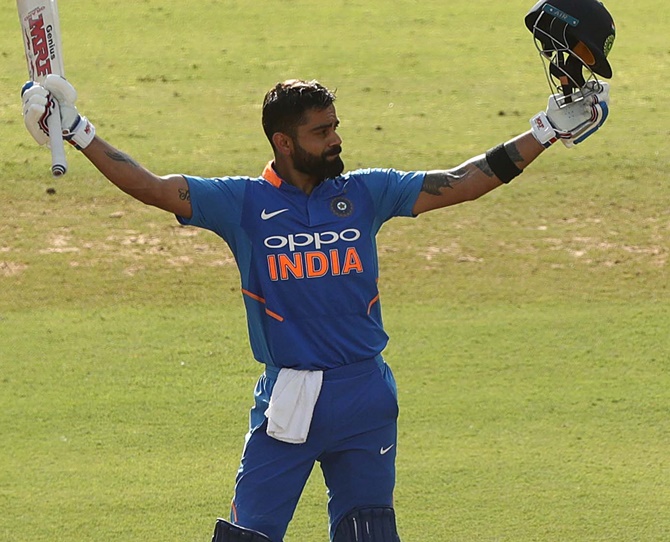 Thiem was better when it really mattered: Federer 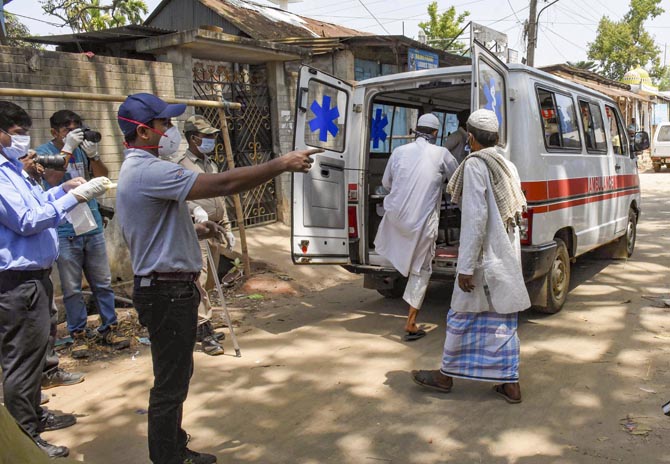 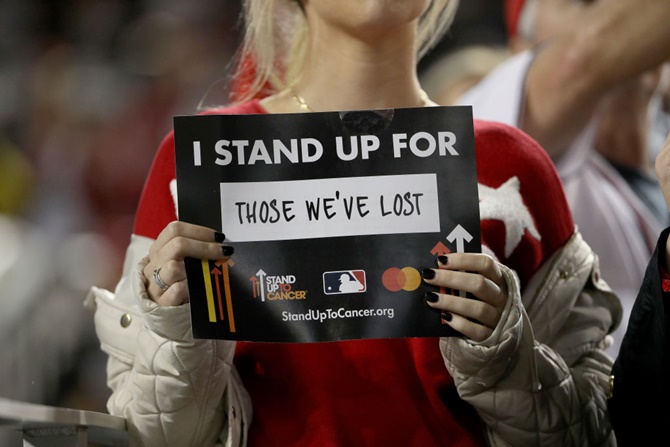 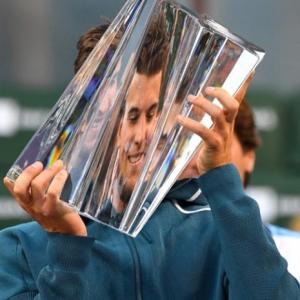