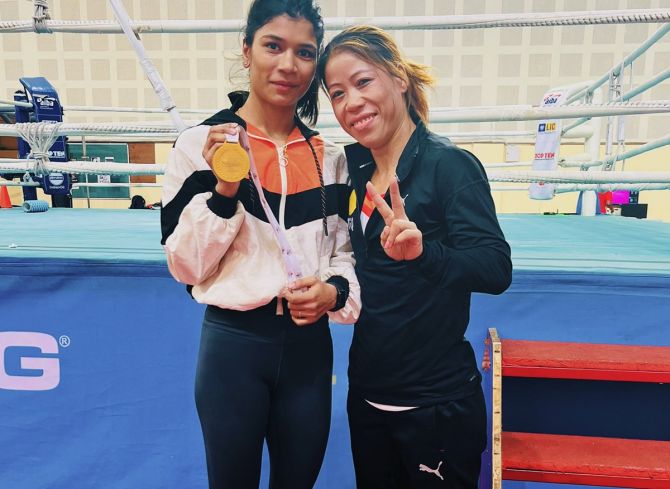 'No victory is complete without your idol's blessings,' Nikhat tweeted.

Mary Kom had congratulated Nikhat after she won gold in the World Boxing Championships in Istanbul on May 19, 2022.

Nikhat replied to Mary Kom's congratulatory tweet, saying, 'Thank you so much di, it motivates me to work more hard and make our country proud as you've done.'

In 2019, Nikhat pleaded for a 'fair trial' against Mary ahead of the Tokyo Olympics after being denied a chance to compete in the trials for the World Championships.

Mary had asked then, 'Who is Nikhat Zareen?'

Nikhat lost the bout to Mary in the trials and failed to make it to the Tokyo Games.

It is a great moment for Indian boxing -- to see the two boxers, one a bonafide legend, the other, a legend-in-the-making, put their past bitterness behind them and congratulate a wonderful feat for Indian boxing. 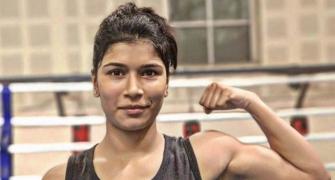 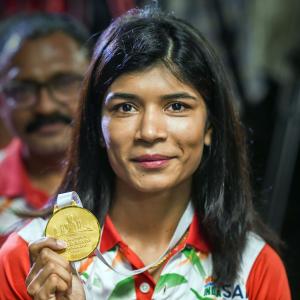 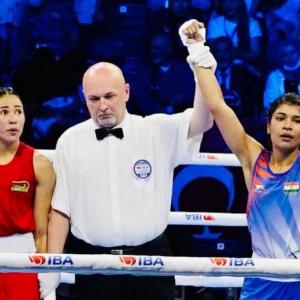