She becomes only fifth Indian woman boxer to achieve this feat. 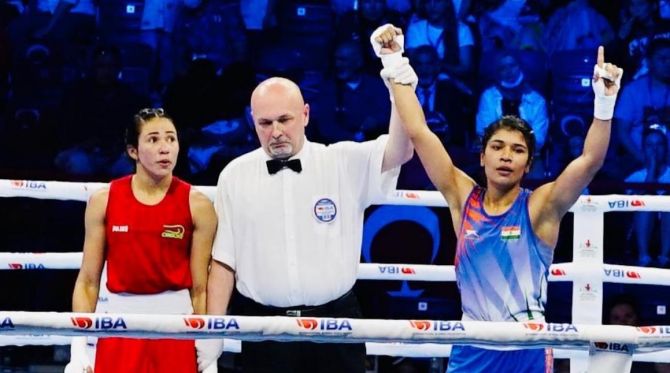 Indian boxer Nikhat Zareen lived up to India's expectations as she clinched the coveted gold in flyweight (52 kg) division with a facile 5-0 win over Thailand's Jitpong Jutamas in the final of the Women's World Championship in Istanbul on Thursday.

Capping off a stupendous campaign that saw her dominate all her rivals, the Telangana boxer out-punched her Thai opponent to win via unanimous verdict with judges scoring the bout 30-27, 29-28, 29-28, 30-27, 29-28 in her favour.

She won via a unanimous 5-0 verdict.

With this win, Zareen became only the fifth Indian boxer to be crowned world champion. 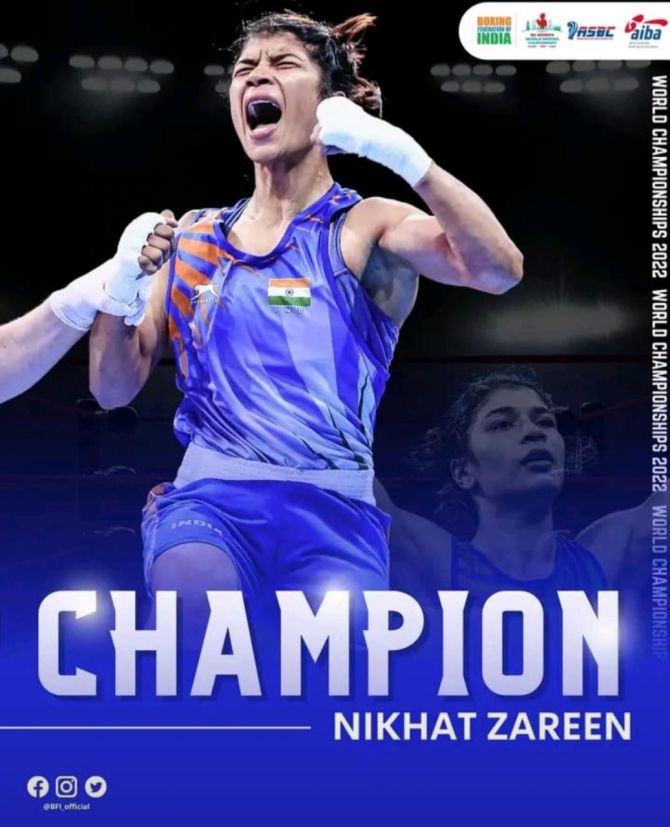 A 12-member Indian contingent participated in the competition and, while the medal haul has decreased by one, an Indian has been crowned world champion after four years -- Mary Kom had last won the gold in the 48 kg in the 2018 edition.

The 25-year-old Zareen produced some beautiful combinations of punches to outclass Jutamas.

Jutamas had a better start off the two but Zareen soon made up and took the upper hand.

The first round was fought on an even keel but Zareen's blows were more powerful and her punches eye-catching. The Indian took the first round comfortably but Jutamas made a strong comeback in the second.

IMAGE: India's Nikhat Zarin (in bue) in action against Thailand's Jitpong Jutamas (in red) in the flyweight (52 kg) final of the Women's World Championships in Istanbul. Photograph: Kind Courtesy BFI/Twitter

The Thai boxer took advantage of her longer reach as she countered Zareen's attacks from a distance, while landing punches herself to take to take the round via a split verdict.

There was very little separating the two boxers but strength proved to be a key factor as Zareen used her powerful right hand and some produced beautiful combinations in the final round to seal the deal.

As the winner was announced Zareen was overcome by emotion and she jumped with glee and couldn't hold her tears back.

This is Zareen's second victory over Jutamas. She had got the better of the Thai boxer at the Thailand Open back in 2019 as well.

IMAGE: Nikhat Zarin is surrounded by her support staff and coach after clinching the gold. Photograph: Kind Courtesy BFI/Twitter

India's best performance in the event remains the one in 2006 when the country snared eight medals, including four gold, one silver and three bronze.

India now have won 39 medals, including 10 golds, eight silver and 21 bronze in the women's world championships. 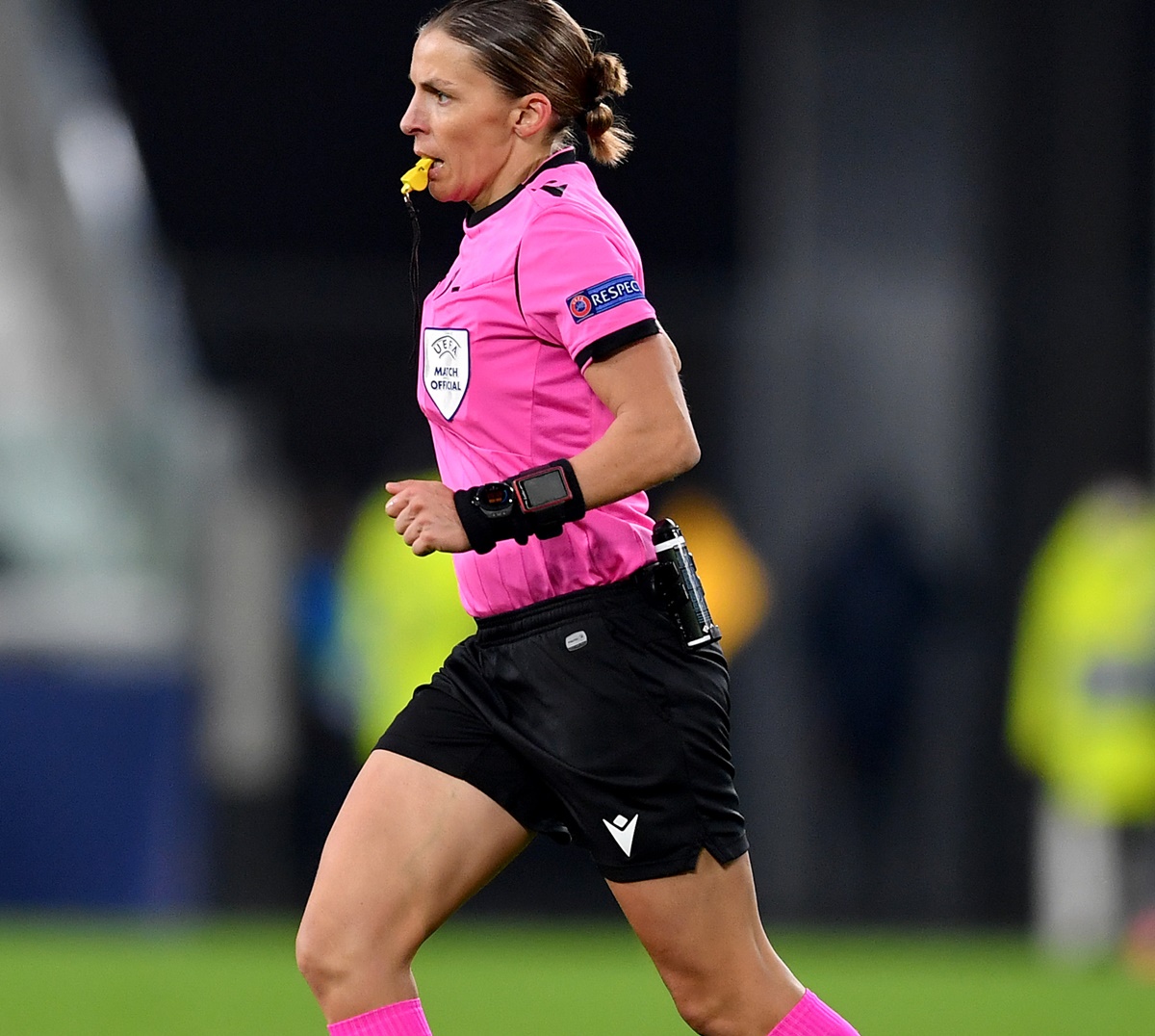