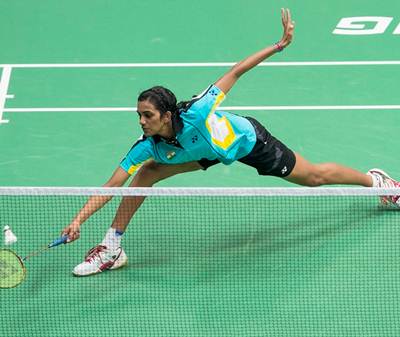 Three Indians, including P V Sindhu, advanced to the pre-quarter-finals in the US $120,000 Macau Open Grand Prix Gold badminton tournament, but it was curtains for Ajay Jayaram in the men's singles, on Wednesday.

However, it turned out to be a disappointing day for ninth seed Jayaram. He lost 11-21, 17-21 to Lin Guipu of China in the singles.

2010 Commonwealth Games champion Jwala Gutta and Ashwini Ponnappa continued their rough patch as they were beaten 16-21, 15-21 to the Japanese pair of Yuki Fukushima and Sayaka Hirota in the women's doubles.