La Liga leaders Barcelona were held to a goalless draw by basement club Huesca on Saturday after coach Ernesto Valverde made sweeping changes to his line-up ahead of Tuesday's Champions League quarter-final decider against Manchester United.

The draw means second-placed Atletico Madrid closed the point gap with Barcelona to 9, who are on 74 points, after they beat Celta Vigo 2-0 on Saturday.

Atletico capitalised on Barca's draw earlier on Saturday, beating Celta Vigo 2-0 thanks to a thundering Antoine Griezmann free-kick and a cool finish from Alvaro Morata.

With the title practically assured after last weekend's 2-0 win over Atletico, Valverde fielded a radically different side to the team that won 1-0 at Old Trafford in Wednesday's first leg, making 10 changes and giving three players their league debuts.

Top scorer Lionel Messi was left at home for the game after being struck in the face by United defender Chris Smalling while Ivan Rakitic and Sergio Busquets were also rested and Gerard Pique and Luis Suarez were suspended.

Goalkeeper Marc-Andre ter Stegen was the only player who started at Old Trafford to make the starting line-up against Huesca, although Barca were boosted by the return of France forward Ousmane Dembele after a month out injured.

Barca midfielder Arturo Vidal was happy to admit that his side's minds were more focused on getting beyond the Champions League quarter-finals for the first time since 2015 than on the game they were playing on Saturday.

"I think everyone that was playing today was thinking about Tuesday's game, just like the guys who stayed at home. The Champions League is what everyone is dreaming about," said the Chilean.

Midfielder Riqui Puig was one of Barca's debutants and the 19-year-old produced the best moment of an uneventful first half, picking out Dembele with a wonderful pass but the Frenchman dragged his shot wide.

Brazilian forward Malcom struck the post early in the second half and team mate Carles Alena missed the target from the rebound in Barca's best spell after the interval, while substitutes Philippe Coutinho, Jordi Alba and Arthur Melo could not improve the leaders' attacking threat when they came on.

"There were a lot of changes and a few debuts so we're happy in general with the game though we could have been more ambitious in attack," added Barca coach Ernesto Valverde.

"It was a difficult situation with so many new players but I understood it was what we needed to do today."

Huesca desperately needed a win to keep up their slim hopes of avoiding relegation but they struggled to make much of an impact and stay rooted to the bottom of the standings with 25 points from 32 games.

Sevilla edge out Betis to go fourth in La Liga

Sevilla lifted their hopes of returning to the Champions League after they beat Real Betis 3-2 in a pulsating derby on Saturday to climb into fourth place in La Liga.

Munir El Haddadi headed the home side in front midway through the first half in a typically raucous atmosphere at the Sanchez Pizjuan but Betis levelled early in the second period through Argentina international Giovani Lo Celso.

Sevilla hit back soon after to re-take the lead in the 59th minute with a flying volley from midfielder Pablo Sarabia and Franco Vazquez promptly extended their advantage with a thumping drive from outside the area.

Cristian Tello set up a tense finale to the game by striking back for Betis in the 82nd minute with a sizzling free kick but Sevilla held on to record their first victory over their rivals in over two years.

The win took Sevilla up to fourth in the standings on 52 points, two above fifth-placed Getafe who are in action on Sunday at Real Valladolid. Betis were left ninth on 43 points.

© Copyright 2020 Reuters Limited. All rights reserved. Republication or redistribution of Reuters content, including by framing or similar means, is expressly prohibited without the prior written consent of Reuters. Reuters shall not be liable for any errors or delays in the content, or for any actions taken in reliance thereon.
Related News: Makeshift Barca, La Liga, Ernesto Valverde, Huesca, Carles Alena
SHARE THIS STORYCOMMENT
Print this article 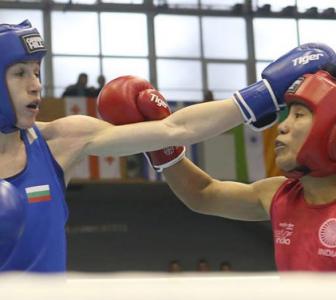 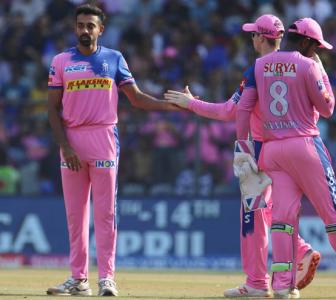 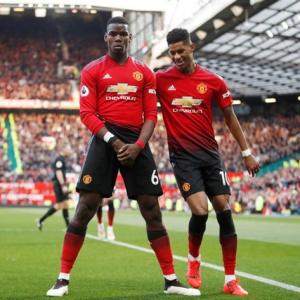