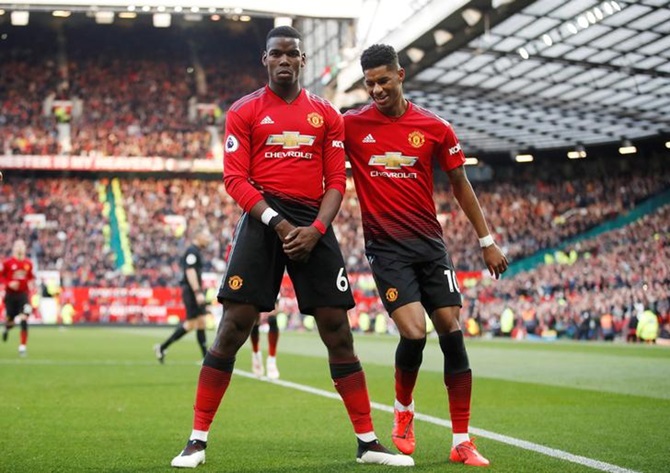 Having lost five of their previous six matches in all competitions, United looked short on confidence early on against West Ham, who had a goal ruled out in the 10th minute when Felipe Anderson was adjudged to be offside when finding the net.

That tight call went United’s way, and soon after they were in front when Pogba hammered home a 19th minute penalty, much to the relief of home crowd.

Even with the lead, United remained sluggish and did not muster another shot on target for the rest of the first half during which they saw less of the ball than their visitors. 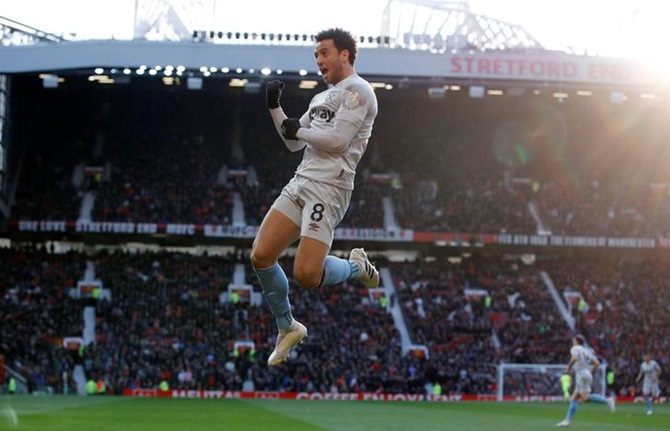 The interval did little to rejuvenate United with Anderson’s first goal in 14 league games drawing the visitors level just four minutes into the second period.

Michail Antonio twice went close to completing the turnaround for West Ham, but United stole all three points after Pogba again converted from the spot 10 minutes from time.

“They played better than us, it is fair to say, I don’t think anyone will disagree,” United manager Ole Gunnar Solskjaer said. “We got away with it. Sometimes we have lost when we should have won, so over a season it evens itself out.”

Marcus Rashford was not fit enough to start for United, with Solskjaer making five changes from the side beaten by Barcelona in the Champions League in midweek, but the reshuffle did little to lift United as the Hammers controlled the opening exchanges.

“It was a pleasure for me to see my team play like this against Manchester United in their own stadium.”

West Ham United will ban for life any supporters who are identified in a video posted online of anti-Semitic chanting that took place in the lead up to Saturday's Premier League game at Manchester United.

The fans were filmed singing an abusive song about rivals Tottenham Hotspur on a tram before the game at Old Trafford, which West Ham lost 2-1.

"We are disgusted by the contents of the video," West Ham said in a statement.

"We are taking immediate action to try to identify the offenders, whose details we will be handing over to the police and will be banned for life from London Stadium and from travelling with the club.

"There is no place for this kind of behaviour at our club."

Earlier on Saturday football’s global governing body FIFA issued a statement in response to recent incidents in the game.

FIFA urged national football federations and leagues to adopt their own tough rules on dealing with racism, including allowing referees to stop or abandon matches.

Saturday's incident came two days after a group of Chelsea supporters were filmed singing an Islamophobic chant about Liverpool's Mohamed Salah before their Europa League match against Slavia Prague.

Arsenal also launched an investigation after Napoli defender Kalidou Koulibaly was racially abused by a supporter during their Europa League match on Thursday. 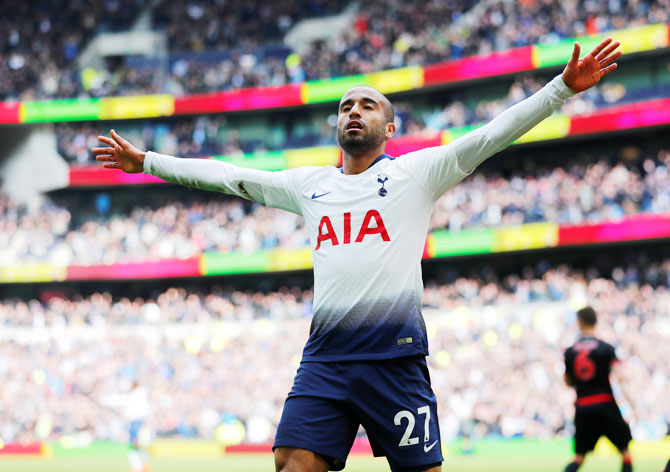 Tottenham Hotspur's Brazil forward Lucas Moura struck a superb hat-trick in a 4-0 win over relegated Huddersfield Town on Saturday to bolster the home side's hopes of a top-four finish in the Premier League.

Spurs were without the injured Harry Kane and Dele Alli but Lucas's treble after an early Victor Wanyama goal were just reward for a dominant display against the bottom side.

The win in the early game took Spurs up to third place, a point ahead of Chelsea and four points clear of fifth-placed fellow London rivals Arsenal, who have a game in hand.

Tottenham made seven changes from the side that beat Manchester City 1-0 at home in the Champions League in midweek, with an eye on the quarter-final second leg on Wednesday.

Wanyama put Spurs ahead after 24 minutes with a fine individual goal after dribbling around goalkeeper Ben Hamer and tucking the ball into an empty net from a Ben Davies pass.

Three minutes later the hosts scored again thanks to a fierce right-foot drive by Lucas that flew underneath Hamer after the excellent Moussa Sissoko set him up on the break.

Spurs' Fernando Llorente hit the bar after halftime and Huddersfield's Juninho Bacuna had a late free kick tipped on to the bar before Christian Eriksen hit the post on the counter.

Six minutes later Lucas controlled Eriksen's cross and fired into the bottom corner past the helpless Hamer before rounding off the win by smashing into the top corner in stoppage time. 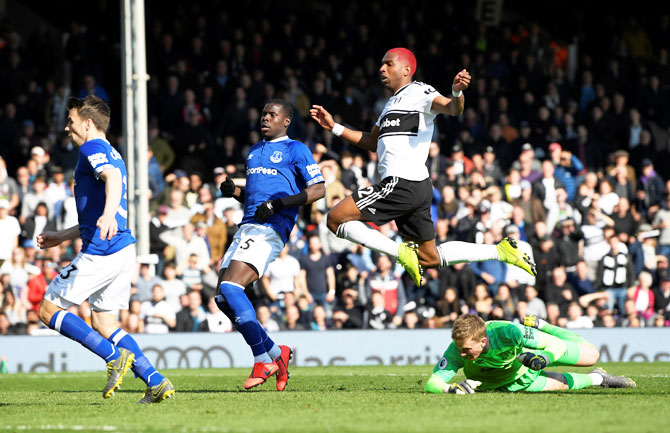 Relegated Fulham dealt Everton's hopes of Europa League action next season a heavy blow at Craven Cottage on Saturday as they beat their visitors 2-0 with goals from captain Tom Cairney and Ryan Babel.

After an action-packed but goalless first half, Cairney broke the deadlock just seconds after the restart when Ryan Babel raced down the left and into the area before cutting the ball back to him.

Cairney, one of the Cottagers' promotion-winning heroes last season, lashed his first Premier League goal in low past Everton keeper Jordan Pickford, putting his side on track for only their fifth win of an otherwise miserable campaign in the top flight.

Dominic Calvert-Lewin came nearest for Everton, hitting the post soon after the goal, but Babel sealed the win in the 69th minute, taking off on a solo run from the halfway line before coolly chipping the ball over Pickford.

Everton's loss means they stay ninth on 46 points. The Merseysiders have been climbing back into contention for Europa League action next season with their recent run of strong results, but need to reach seventh place to secure that.

Southampton made a big step towards securing top-flight football next season after two first-half goals from Nathan Redmond steered them towards a 3-1 Premier League home win over Wolverhampton Wanderers on Saturday.

Redmond fired Southampton ahead in the second minute when he poked the ball into the roof of the net at the near post after James Ward-Prowse released Josh Sims on the right flank and the winger delivered a sharp low cross.

Wolves piled on the pressure after falling behind and drew level in the 28th minute as central defender Willy Boly rose above his marker to head home a Joao Moutinho corner, but their joy was short-lived.

Redmond restored the home side's lead barely two minutes later with a dinked finish after a defence-splitting pass from Danny Ings, who again carved the visitors open in the 32nd minute only for Sims to drag his shot wide.

Second-half substitute Shane Long sealed the contest in the 71st minute with an opportunist finish from three metres out, steering in a scrambled Maya Yoshida effort after the Japanese defender saw his initial overhead kick blocked.

Chris Wood scored twice as Burnley took a major step towards Premier League safety with a 2-0 win over fellow strugglers Cardiff City on Saturday which left the Welsh club deep in relegation trouble.

Cardiff, occupying the final relegation slot in 18th place, are on 28 points, five behind 17th-placed Brighton with five games remaining. Burnley, who have won three in a row, move up to 14th place on 39 points.

Wood, who had struck the post in the second minute, put the Clarets in front in the 31st minute with a fine header from a Dwight McNeil corner.

Cardiff were furious when referee Mike Dean reversed a decision to award a penalty for handball by Ben Mee after consulting with his assistant.

Junior Hoilett then wasted a great chance for Cardiff, blasting high over the bar after being found unmarked inside the area.

Burnley made sure of the win in stoppage time when Wood added his second goal, nodding home from close range after a winding run from winger McNeil.

© Copyright 2020 Reuters Limited. All rights reserved. Republication or redistribution of Reuters content, including by framing or similar means, is expressly prohibited without the prior written consent of Reuters. Reuters shall not be liable for any errors or delays in the content, or for any actions taken in reliance thereon.
Related News: Burnley, Lucas Moura, Europa League, Everton, Ryan Babel
SHARE THIS STORYCOMMENT
Print this article 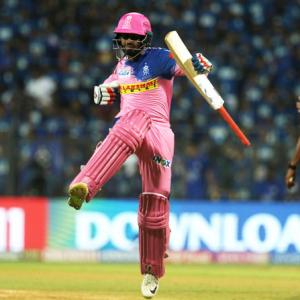 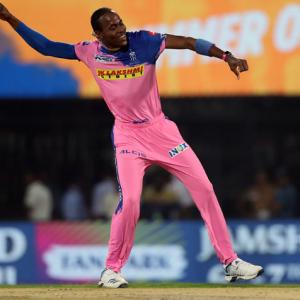