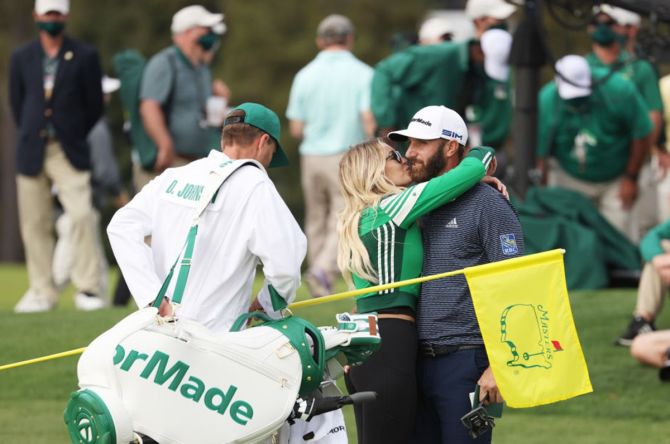 Dustin Johnson finally clinched an elusive second major title with a five-stroke victory at the Masters on Sunday, staving off self-doubt as he overcame a shaky start to his final round to end with a tournament-record low score at Augusta National.

American Johnson led throughout, though only by one stroke early, and did not drop a shot in the final 13 holes on his way to a four-under-par 68 and an unprecedented 20-under-par 268 total.

They both shot 69 to tie for second on 15-under, but in the end they had no answer to the champion, who played the final 13 holes bogey-free.

"It was a very difficult day," an emotional Johnson said after having a famous Green Jacket draped over his shoulders by last year's champion Tiger Woods.

"I was nervous all day, but I felt like I controlled myself very well, controlled the golf ball very well in difficult conditions."

World number one Johnson, from nearby Columbia, South Carolina, did not get to enjoy what would have been a magnificent reception from the gallery at the 18th green.

Instead, he received polite applause from the several hundred people allowed on-site, with paying patrons absent this year due to coronavirus restrictions.

The victory, however, will go a long way to cementing the 36-year-old Johnson's reputation as a pre-eminent player of his generation.

He previously won the 2016 U.S. Open, but before Sunday was 0-4 when leading into the final round at majors and had a reputation of frequently not rising to the occasion in the biggest moments. 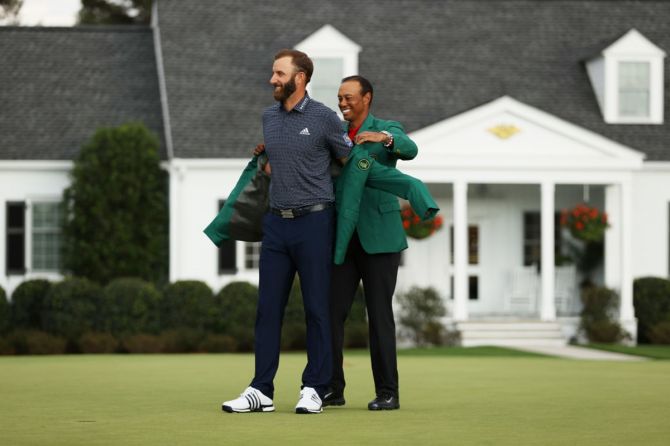 Among his near misses was a tie for second behind Woods at last year's Masters.

"It's always tough to get it done at a major no matter how good you are," he said.

The final margin did not reflect the fact that the result seemed on a knife edge early in the round, after Johnson made two straight bogeys and a meltdown loomed large.

A majestic hawk soared overhead as the 36-year-old walked to the sixth tee with a one-shot lead.

If the bird of prey was looking to swoop, it might have had an eye on the metaphorically wounded Johnson, who looked as calm as ever on the outside.

Inside, however, his stomach was churning and his mind racing at the suddenly real prospect that he was losing his grip on the Green Jacket.

Yet his nerves were steadied in style. At the 180-yard par-three sixth, he took dead aim with an eight-iron from on top of the hill, and his ball never looked like ending anywhere but near the pin.

It settled seven feet away and he converted the birdie, while Sung-jae bogeyed the same hole and Johnson was suddenly three shots clear.

It was the decisive blow and Johnson never looked like faltering the rest of the way, though he did not relax until safely negotiating the water at the famous par-three 12th.

"After that, I felt like I could breathe a little bit," he said.

Three straight birdies from the 13th allowed him to relax and enjoy his march to victory over the closing holes, even if he refrained from looking at a leaderboard.

"I kind of looked at the leaderboard a little bit early, and after that told myself, 'don't worry about what anybody's doing. Just play as good as you can'," he said.

© Copyright 2021 Reuters Limited. All rights reserved. Republication or redistribution of Reuters content, including by framing or similar means, is expressly prohibited without the prior written consent of Reuters. Reuters shall not be liable for any errors or delays in the content, or for any actions taken in reliance thereon.
Related News: Dustin Johnson, Tiger Woods, IMAGE, United States, Paulina Gretzky
SHARE THIS STORYCOMMENT
Print this article 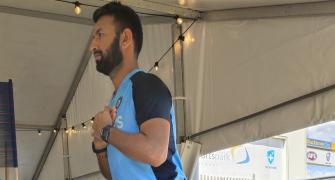 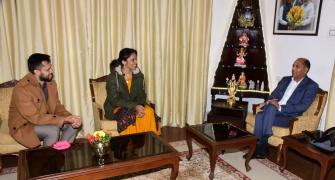 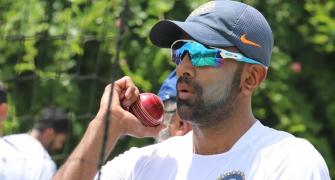 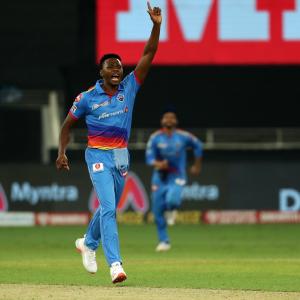 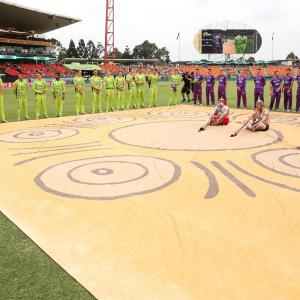