News
Business
Movies
Sports
Cricket
Get Ahead
Money Tips
Shopping
Sign in  |  Create a Rediffmail account
Rediff.com  » Sports » Is this the end of the road for Saina Nehwal?

Is this the end of the road for Saina Nehwal? 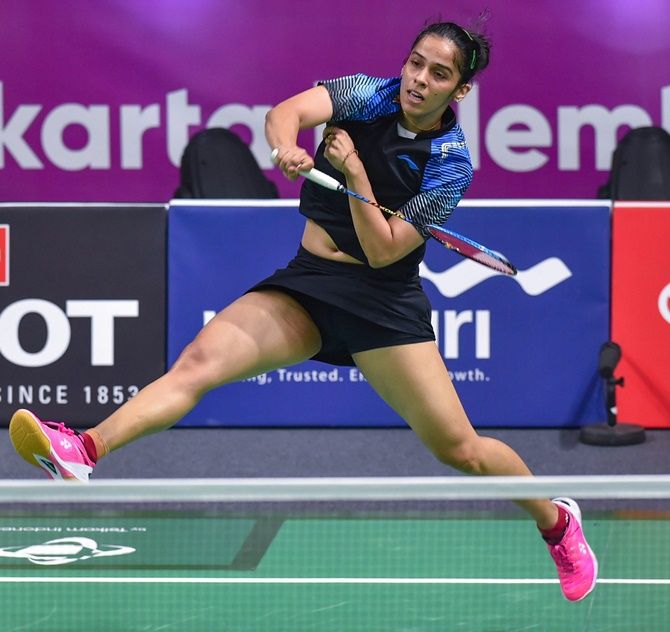 IMAGE: Saina Nehwal has been going through a tough phase with fitness issues. Photograph: PTI

Saina Nehwal's decision to skip the selection trials for the CWG and the Asian Games could well be the beginning of an end to what has been an illustrious journey in international badminton for more than a decade and half.

A former world No.1, Saina has been the torch-bearer of women's badminton in the international arena, having represented the country thrice at the Commonwealth Games in Glasgow (2018), New Delhi (2010) and Melbourne (2006).

While there shouldn't be an iota of doubt that the Hisar-born shuttler can still work her magic with some stunning performances in the professional circuit but her reluctance to appear for BAI trials could well end her chances of representing the flag at multi-discipline events like CWG, Asiad, Olympics and Uber Cup.

A two-time Commonwealth Games gold medallist, Saina did harbour hopes of defending her title at Birmingham but call it a hasty decision or a miscommunication, the dream is now looking like a distant one.

On Thursday, an upset Saina took to twitter to slam the Badminton Association of India for not responding to her e-mail, also questioning the logic behind hosting the trials.

The federation, however, has maintained radio silence, indicating that the transition phase in women's singles has started and the focus from now on will be solely on the younger crop of players, allowing them to showcase their talent at the international stage.

"She has achieved a lot for the country but in the last two years, she hasn't done anything worth mentioning. She has also not been able to sort out her injury issues," a former coach said on condition of anonymity.

"It is tough to play at the international level with consistent niggles, so she needs to accept it and shouldn't get hyper over these issues. No one can deny her contribution to the game but I don't want to see her being so bitter about it," the acclaimed coach said.

BAI seems to have set the wheels of change into motion when they called for the selection trials on April 2 to pick teams for Commonwealth Games, Thomas and Uber Cup and Asian Games.

While the top 15 players were exempted from the trials, the rest of the top Indian players, including Tokyo Olympian B Sai Praneeth and three-time CWG medallist Ashwini Ponnappa, who are ranked from 16 to 50, agreed to participate in the trials which began here on Friday.

But Saina, who is currently ranked 23rd, pulled out as she didn't want her body to go through the rigours since she had just returned after playing three-back-to-back events in Europe and Asian Championships is set to begin on April 26.

Saina's reasons are valid as she hasn't been in the best physical shape of late. Recurring injuries played its part in delaying her return to peak fitness and it showed in the results as she made early exits from a series of tournaments.

The 32-year-old did show signs of her old self during her narrow three-game loss to Japan's world no 2 Akane Yamaguchi in the opening round of All England Championships.

Saina is still finding her way back and doesn't want to go through the rigours of playing 6-7 matches in the trials.

But it is understood that BAI doesn't want to make any concession for the London Games bronze medallist and made it clear that participation in the trials is a must to be selected for the big-ticket team events.
"She could have taken it as just another week-long tournament and played. I understand two-week time is not ideal but where is the window in a crammed schedule?," the former coach said.
"It is a new administration and I don't think they are being unfair by hosting the trials," he added.

This along with her recent poor show raised doubts on her ability of ensuring a medal at the multi-discipline games.

On the other, BAI, also, is eagar to blood in the next generation of players -- the Malvika Bansods, Akarshi Kashyaps and Tasnim Mirs, who are waiting in the wings and are all almost in the same level.

"With COVID-19 disrupting the domestic and international circuit, a selection trials was the only way to find out where the players stand in terms of rankings," reasoned a BAI official.

While Saina might not walk on to the court in team championships anymore, but her journey in international badminton is far from over.

"Make no mistakes, she can still be a formidable player. Now she should concentrate on the open events, and if she is pain free, she can still play well," the former coach added.

"She had a decent performance in the first round of the All England championship against Akane and it shows that she still has the hunger in her." 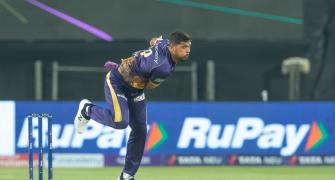 'KKR's Umesh has everything in his arsenal right now' 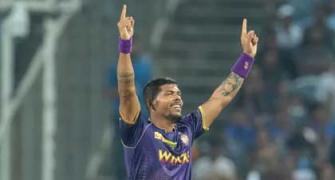 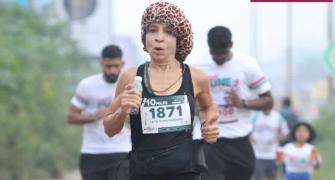 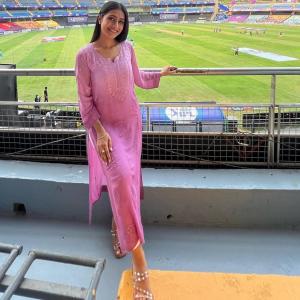