News
Business
Movies
Sports
Cricket
Get Ahead
Money Tips
Shopping
Sign in  |  Create a Rediffmail account
Rediff.com  » Sports » IOC tells US to clean up its own doping house

IOC tells US to clean up its own doping house The International Olympic Committee told the United States on Thursday it should get its own house in order in the fight against doping before putting athletes from other countries under threat of punishment for breaking US law.

The IOC's sharp rebuke followed a hearing in Washington, DC on Wednesday of the US Helsinki Commission, which looks at security, cooperation and human rights issues in Europe.

The Commission urged the US Congress to move swiftly to pass a bill designed to crack down on the use of performance-enhancing drugs in major international sporting competitions.

The Rodchenkov Anti-Doping Act, named after Grigory Rodchenkov, Russia's former anti-doping chief-turned-whistleblower, would establish stiff penalties for anyone involved in doping at a competition.

During the hearing the IOC repeatedly came under attack, particularly from United States Anti-Doping (USADA) chief Travis Tygart, for not doing enough to protect clean athletes and punish Russia for doping transgressions.

The IOC uncovered evidence of widespread doping by Russia during the Sochi Winter Olympics in 2014 which led to it being banned from this year's Games in Pyeongchang.

The IOC fired back on Thursday, telling the United States it should do more to clean up its own doping issues, particularly what it sees as inadequate testing in professional and college sports.

"Especially since this has become extremely obvious again in the last report of USADA which details the low level of testing currently taking place in these professional leagues.

"However, it is a matter of concern that the intention of the proposed legislation is to put athletes from all 206 National Olympic Committee from around the world who take part in international competition under the criminal code of US law."

The IOC also said that instead of independently trying to impose US laws on athletes, it should join international efforts already in place to combat doping and corruption in sport.

"With regards to the fight against corruption in sport, we would kindly invite the United States government to join ‘The International Partnership against Corruption in Sport’ (IPACS), where the IOC together with governments, including Japan, Germany, Great Britain, France and Australia, along with international organisations like the United Nations, OECD and the Council of Europe, have joined forces,” added the IOC.

© Copyright 2021 Reuters Limited. All rights reserved. Republication or redistribution of Reuters content, including by framing or similar means, is expressly prohibited without the prior written consent of Reuters. Reuters shall not be liable for any errors or delays in the content, or for any actions taken in reliance thereon.
Related News: International Olympic Committee, United States, USADA, Grigory Rodchenkov, US Helsinki Commission
SHARE THIS STORYCOMMENT
Print this article 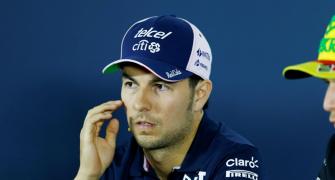 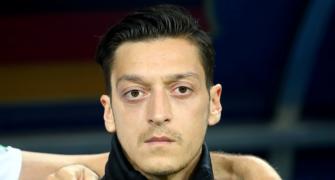 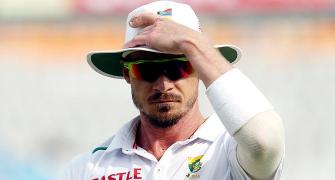 Steyn to retire from white ball cricket after 2019 WC; will continue playing Tests 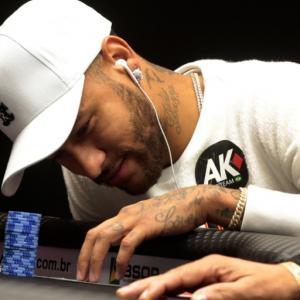 No dives, but bluffs aplenty as Neymar shows poker skills