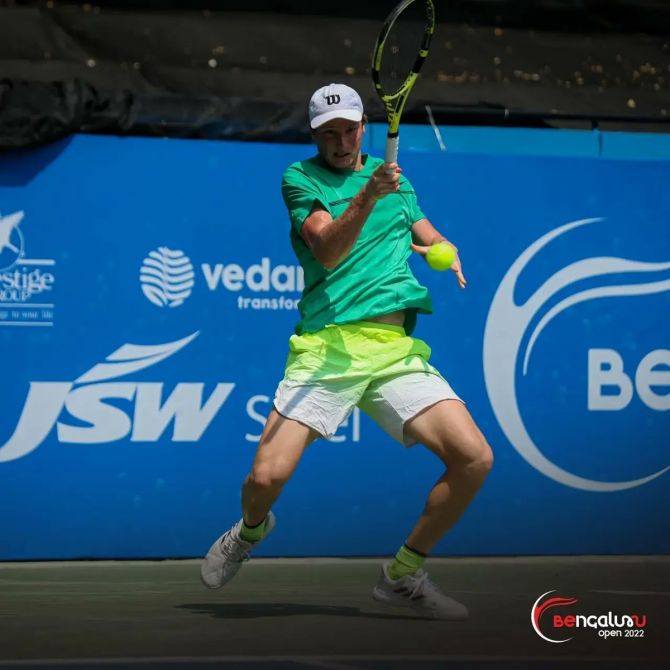 IMAGE: Qualifier Gabriel Decamps of Brazil in action during in his three-hour five-minute battle against Italy’s Gian Marco Moroni at the Bengaluru Open on Wednesday. Photograph: Bengaluru Open/Twitter

The top-seeded Indian team of Jeevan Nedunchezhiyan and Purav Raja moved into the men’s doubles quarter-finals of the Bengaluru Open after prevailing over Croatia's Borna Gojo and Bulgaria's Dimitar Kuzmanov, in Bengaluru, on Wednesday.

The pair went through several anxious moments before sealing a 6-4, 6-7(2), 10-8 victory over the alternate entrants.

Also moving into the last-eight were Ramkumar Ramanathan and Saketh Myneni and the team of N Sriram Balaji and Vishnu Vardhan.

While Ramkumar and Myneni had an easy day, beating Markos Kalovelonis (Greece) and Toshihide Matsui (Japan) 6-3, 6-3, Balaji and Vardhan had to work hard before getting past France’s Mathias Bourgue and Belgium’s Kimmer Coppejans 4-6, 6-4, 10-3.

In singles, fourth seed Hugo Grenier of France lost 1-6, 4-6 to Chun-hsin Tseng of Taipei and qualifier Borna Gojo of Croatia sent third seed Australian Aleksandar Vukic packing with a 7-5, 6-3 victory to advance to the quarter-finals.

"I didn't have much practice during the pandemic but of late my game is falling in shape and I am playing well," said a visibly tired Borna, who has played four matches in a row. 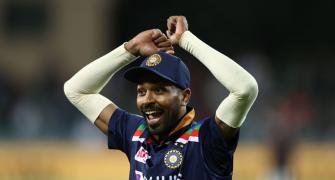 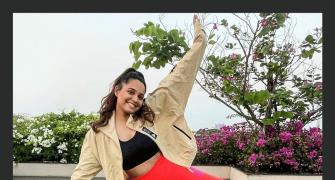 Dipika Pallikal, now a mother, back on squash court 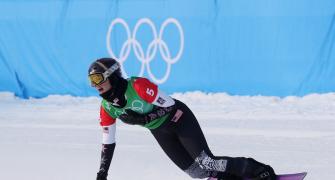 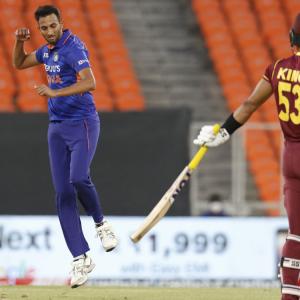