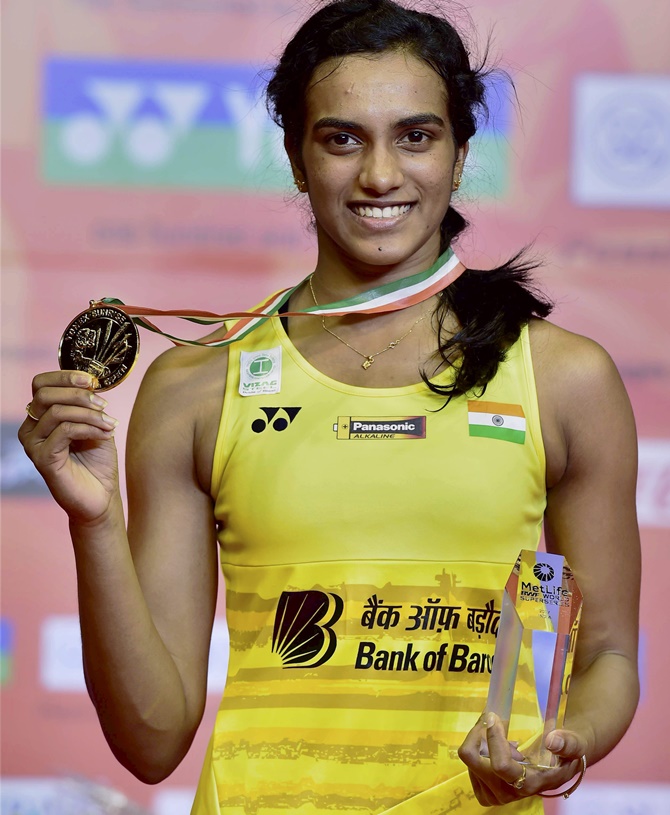 In front of a partisan home crowd at the Sirifort Sports Complex, the third seeded Indian dominated the match from the start to win the summit clash in 46 minutes.

The win also narrowed down Sindhu's head-to-head record against the Spaniard to 4-5. Sindhu had last defeated Marin in the BWF Super Series in Dubai last year.

In a much-anticipated match of the evening, a replay of Rio Olympics title showdown, the star Indian shuttler came out with a purpose and looked determined for a revenge.

On the day, Sindhu was far better than Marin controlling the proceedings with ease.

Marin was guilty of committing plenty of unforced errors with Sindhu's deft drops and powerful cross-court smashes also keeping the Spaniard at bay.

In both the games, it was Sindhu who took the initiative and set the tempo with early leads. In the opening game Sindhu raced to a 6-1 lead before Marin slowly and steadily clawed her way back into the affair.

After the first six points, it was a closely fought encounter between the two of the world's best shuttlers. Sindhu went into the break with a slim 11-9 lead.

The intense fight continued thereafter and at one stage both the shuttlers were locked at 16-16 when Marin won a brilliant rally with a cross court drop shot.

For the first time in the game, Marin took a slim 19-18 lead over Sindhu but the Indian came back strongly to deny her opponent any breathing space with a smash that was followed by a drop shot at net to even the scores t 19-19.

The Indian reached game point when Marin found the net and she wrapped it up in no time with a body smash.

In the second game, Sindhu continued in the same vein to race to a 4-0 lead.

Just like the opening game, Marin quietly clawed her way back into the game to reduce the margin to 6-7.

But Sindhu was just way above her rival as he managed to hold on to her lead to go into the breather leading 11-9 and then did just enough to keep her dominance.

Much to the expectation of the crowd, Sindhu reached the game and match point at 20-15 when Marin committed another unforced error.

The Spaniard managed to save one match point but Sindhu sealed it on the very next point when Marin found the net again. 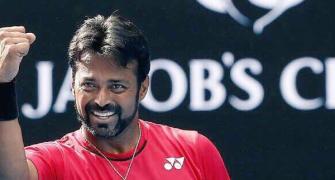 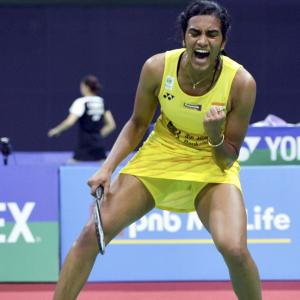 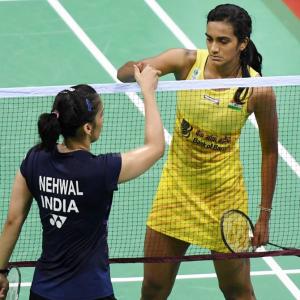