Ending days of speculation, the Indian Olympic Association on Friday officially informed the Olympic Council of Asia its expression of interest to bid for the 2019 Asian Games after Vietnam capital Hanoi withdrew its hosting rights in April this year. "I have the pleasure to inform you that the Indian Olympic Association would officially like to submit its bid for hosting 18th Asian Games in the city of Delhi, India, as per the Constitution of the Olympic Council of Asia," Mehta wrote in the letter.

"The members of the IOA have approved the bid for the hosting of 2019 Asian Games. We are in dialogue with Ministry of Youth Affairs and Sports, Govt. of India for obtaining the necessary approvals. We request the bid documents may be sent to us, so that IOA can submit its bid for hosting the 18th Asian Games," he added in the official letter.

Mehta said that the IOA will approach the government after the OCA sends the bid documents.

"We will approach the Sports Ministry after the OCA sends us back the bid documents and inform us about the requirements for presenting the bid," Mehta, who is outside the country, said.

The deadline for the submission of official bid documents to the OCA is July 1.

He also said that IOA president N Ramachandran had authorised him to send the official communication to OCA about India's intent to host the 2019 Asian Games.

"My president has authorised me to proceed with the bidding process and send the official communication to the OCA to express India's intention to host the Games. He has informed me that he will go with what the General House of the IOA decides," the Secretary General said.

"I had written to all the presidents and general secretaries of all the National Sports Federations and State Olympic Associations to express in writing their views on whether India should bid for the Asian Games. More than 85 per cent of the NSFs and state Olympic associations replied in the affirmative," Mehta said, adding that the IOA General Body will soon ratify the decision to bid for the Asian Games.

Mehta said that there is no infighting in the IOA and he enjoys a good relation with Ramachandran.

"I have no personal issues with my president and I have a good working relation with him. In any organisation, there may be difference of opinion and views on issues. That I think is good in a way.

Mehta had said last month that the IOA would approach the new government to bid for the 2019 Asian Games after Hanoi withdrew its hosting rights in April but Ramachandran later said no decision has been taken on the issue.

Just a few days back, Ramachandran had told Sports Minister Sarbananda Sonowal that IOA was yet to take a decision on whether to bid or not even as the deadline was fast approaching.

Hanoi was chosen in 2012 to host the 18th Asian Games ahead of Indonesia's Surabaya but the Vietnamese capital withdrew in April due to economic pressures.

Indonesia has expressed its willingness to step in as a replacement and a final decision on the host city will be decided on September 20 during the Incheon Asian Games.

Earlier, Ramachandran wrote a letter to Mehta asking the the IOA Secretary General to go ahead with the bid process.

"The IOA is a democratic association. I truely respect the views/decisions of all the National Sports Federations and State Olympic Associations," he wrote. 10 India facts that will blow your mind 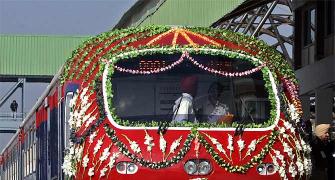 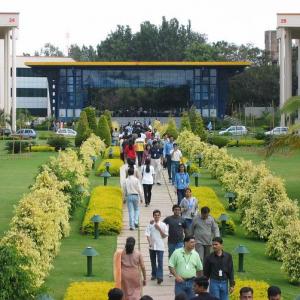 All eyes on Infosys dream team to revive company's fortunes