Newly-crowned I-League champions Minerva Punjab FC will take on Indian Super League side Jamshedpur FC on April 2 in the inaugural Super Cup football tournament which begins in Bhubaneswar on March 31.

Former I-League champions Aizawl FC will play ISL side Chennaiyin FC in the inaugural match at the Kalinga Stadium, according to the fixture announced after the draw ceremony of the main round of at the All India Football Federation headquarters in New Delhi.

This season's ISL finalist side Bengaluru FC, Kolkata heavyweights Mohun Bagan and East Bengal play against teams which will come through a qualifying play-off round to be played at the same stadium on March 15 and 16.

All the 20 clubs playing in the ISL and I-League will participate in the Super Cup. The clubs placed between seventh and 10th places in the I-League and ISL will play a single leg qualifier to earn a spot in in the final phase of the tournament.

The winners of the four qualifier matches will join the top six ISL and I-League clubs in the final phase of the tournament.

"Till last year, the premier knock-out tournament was the Federation Cup. This Super Cup is a new concept. We wanted to include all the teams from the I-League as well as ISL so that the tournament is more interesting and more competitive," AIFF Senior Vice-President Subrata Dutta said after the draw ceremony.

The quarterfinal round will be played on March 7, 10, 11, 12 and 13 but the schedule of these matches will be announced later in view of the AFC Cup match in Guwahati between Bengaluru FC and Aizawl FC on April 5.

The two semifinals will be played on April 16 and 17 while the final match will be held on April 20.

But there is not much at stake as the winners of this tournament will not get any automatic or play-off slot in the AFC Cup.

"There is another slot for the ISL champion side which will play in the preliminary round of the AFC Cup to be able to play in the main round," he added.

He said with India's FIFA rankings on the upward swing, the AFC may grant three slots for the country in the AFC Cup and by then Super Cup winners may get the third slot.

The All India Football Federation (AIFF) has referred to the Central Bureau of Investigation (CBI), the complaint made by Minerva Punjab FC that their players were approached for match-fixing during the just-concluded I-League.

The newly-crowned champions Minerva Punjab on two occasions -- one in January and the other earlier this month -- had alleged match-fixing approaches.

"Regarding the first approach relating to the alleged phone calls made to the Minerva players and the support staff, we have handed the information and the details to the CBI," AIFF General Secretary Kushal Das said at the draws ceremony for the Super Cup football tournament.

"The second one which we made it public just a day before the I-League title deciding matches a few days back, out integrity officer is looking into the matter for further course of action," he added.

In the first case which came to light in January, Minerva Punjab owner Ranjit Bajaj said that an Indian and a foreign player of his team were offered bribes of up to Rs 30 lakh each in an alleged match-fixing attempt. He tweeted that some match officials were also approached.

Bajaj had said that his club reported the issue to AIFF and also apprised of the Asian Football Confederation.

Later, Bajaj again wrote on social media that five more players from his club were asked to fix matches in the I-League, taking the numbers to seven.

The AIFF issued a release on March 7 about Minerva writing another letter to it informing about an approach to their players and officials from other participating teams in the I-League.

Asked if the AIFF's restructuring plan to have three tiers of the domestic league system will be implemented next year, Das said, "We are waiting for inputs from the AFC and based on that we will take a decision. We will have an Executive Committee meeting," he said.

"We are very clear that the model will have to be sustainable and make sense. We don't want to rush in and later find that it not workable. In the next two or three months, we should be able to come up with a plan."

Das said that the Supreme Court-appointed administrator S Y Qureshi is expected to submit his report on the formulation of the AIFF Constitution after the election of Praful Patel as president in late 2016 was set aside by the Delhi High Court for not following the National Sports Code.

"He (Qureshi) is comparing the AIFF Constitution with the Sports Code and he will submit a report to the Supreme Court.

Das also said that the AIFF Disciplinary Committee will take a decision soon on the complaints made by some Minerva players on alleged breach of contract by the club management.

Das also said that some players will be added to the current Indian Arrows side, playing in the I-League, next season.

East Bengal today brought back their most successful manager Subhas Bhowmick as technical director who will work in tandem with chief coach Khalid Jamil after another disappointing I-League campaign.

This will be Bhowmick's fourth spell at the club and he is understandably excited to be back, even though it is the fag end of the season with only the Super Cup left to be played next month.

“It's a matter of respect to be back in East Bengal again. I just received the call informing me about the development. Tomorrow I will sit with the officials to clarify my role,” Bhowmick said.

This decision was taken after a marathon meeting of the club officials who deliberated on the future of Jamil as he earned flak after they slipped to a poor fourth finish with two successive draws in the recently-concluded I-League.

“But the club agreed that Jamil will continue and Bhowmick will come on board as TD,” an official said.

Bhowmick had a forgettable first stint with the club during 1999-2000 season before he returned to coach from 2002-2005 and led them to back-to-back national league titles.

But he was caught in an alleged bribery scandal in 2005.

His last stint at East Bengal was from 2008-09 that had ended with their shocking derby loss to Mohun Bagan 3-5. 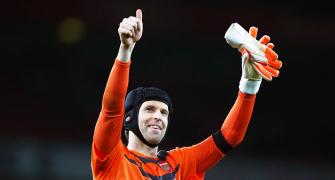 Conte says Chelsea should be ready to suffer at Barca 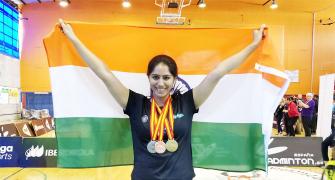 In EPL mid-table, be careful what you wish for