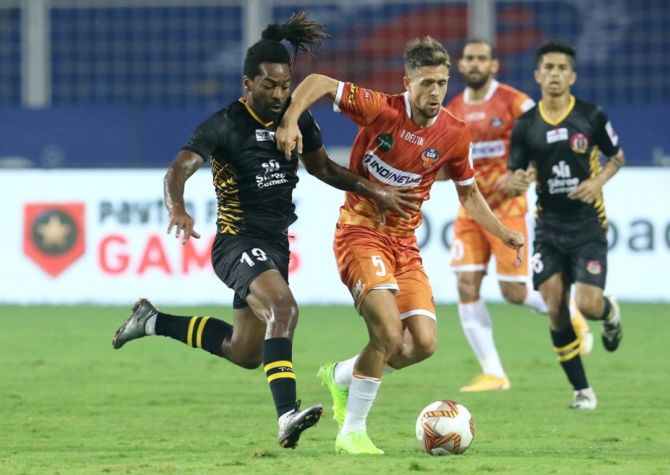 IMAGE: FC Goa failed to hold on to the lead and SCEB found the equaliser in the 65th minute. Photograph: ISL/Twitter

SC East Bengal (SCEB) failed to make use of a numerical advantage to settle for a 1-1 draw against FC Goa in their reverse leg Indian Super League clash at the Jawaharlal Nehru Stadium, in Margao, on Friday.

Spanish centre forward Igor Angulo (39th minute) rounded off Debjit Majumder after being left unmarked to give the Gaurs a first-half lead.

But they failed to hold on to the lead and SCEB found the equaliser in the 65th minute when skipper Daniel Fox pulled his team back from a close range strike.

The opportunity came from a free kick that Bright Enobakhare won on the left flank before Anthony Pilkington delivered a very good cross into the box.

FC Goa goalkeeper Dheeraj Singh failed to catch it and the loose ball was blasted into the back of the net by Fox.

A minute later, the Gaurs skipper Edu Bedia was sent off following a second booking following an ugly tackle on Pilkington from behind.

The red-and-gold pushed hard for a lead but some poor finishing coupled with Dheeraj's sharp goalkeeping ensured a 1-1 stalemate by the two teams for the second time this season.

FC Goa now have stretched their unbeaten streak to seven games, and remained at third place with 21 points from 14 matches.

SCEB are winless from four matches to remain on 10th spot with 13 points from 14 matches and the result dealt a big blow to their play-off aspirations.

It was drama early on as SCEB had the chance to take the lead after winning a penalty in the 19th second.

The Gaurs goalkeeper Dheeraj Singh dived the wrong way but Anthony Pilkington bottled the chance, shooting the ball far off the post.

It summed up the story for Robbie Fowler's team as his wards lacked the cutting edge up front and missed a slew of chances against the 10-man Gaurs.

Nigerian forward Bright Enobakhare, who had struck a stunner in their 1-1 draw in the first-leg, looked threatening up front for SCEB but they lacked the edge with the likes of Pilkington and Jeje Lalpekhlua squandering numerous chances.

FC Goa missed the presence of coach Juan Ferrando on the touchline after the Spaniard was suspended against Kerala Blasters.

In his absence, assistant coach Clifford Miranda marshalled the side.

Former champions Chennai City FC returned to winning ways with a 1-0 victory over Indian Arrows 1-0 in an I-League match in Kalyani.

Chennai City made five changes to their starting XI after the loss against TRAU in their previous match, bringing in Vladimir Molerovic, Suhail Pasha, Nagappan, Jishnu and Jockson Dhas.

The Indian Arrows, coming into this game after their defiant performance in a 1-1 draw against Aizawl FC, made two changes as Harsh Patre and Sajad Hussain Paray were replaced by Vibin Mohanan and Parthib Gogoi.

Chennai City had most of the possession and dominated the early proceedings, while the Arrows looked to hit them on the counter.

Chennai City threatened to take the lead in the 12th minute through a fine move. However, Vijay Nagappan's shot across the goal was tame and easily handled by Bukhari.

Just after that, the Arrows got their first chance but Vibhin Mohanan long ranger went over the crossbar.

Chennai City came close to scoring when Jishnu's deflected cross fell to Suhail Pasha but he skied his volley.

As the second half started, Chennai City started piling pressure and won a corner. Bukhari made his first impactful save as he tipped Pasha's header over the bar. Moments later, Iqbal Hussain blasted his volley over the goal.

The deadlock was finally broken in the 63rd minute. Iqbal's corner was met by Skrijelj at the far post, and the Serbian midfielder powered his header into the roof of the net.

The Arrows made a final push with a range of attacking substitutions, but Chennai City held them off to win their second game of the season.

RoundGlass Punjab FC shared the spoils with Sudeva Delhi FC after the two teams played out a goalless draw in the Hero I-League in Kolkata.

This is the second goalless draw for RoundGlass Punjab FC after the stalemate against Mohammedan SC in their previous clash.

With points shared, both the teams find themselves in the midst of a mid-table fight, having earned five points from as many games.

In a frantic first 15 minutes of the match that saw end-to-end action, either team could have gone ahead, but complacency in front of the goal meant they could not take the lead.

In the third minute, a wicked deflection fell to Kean Lewis on the left flank. The midfielder knocked the ball ahead and tried to shoot from distance, but Saurabh Bhanwala got in the way to defuse the shot.

Three minutes later, it was RoundGlass Punjab FC that attacked with vigour.

A quick one-two near the edge of the box put Joseba Beitia through on goal. The Spanish midfielder wanted to find the net from a tight angle but before he could release the shot, a well-timed tackle robbed him of the chance as the ball went out for a corner.

On the 10th minute, Suranjit Singh went for the spectacular and almost found the net from distance, as his shot curled wide of the goal.

Shortly after, Nepalese custodian of RoundGlass Punjab, Kiran Limbu, almost gifted a goal when he lost possession inside the box, but made amends after latching on to a Kean Lewis cross from Shaiborlang Kharpan in the box.

A charged-up Sudeva Delhi FC looked bright in the second half and in the 53rd minute, forward Kharpan tested Limbu with a well-placed shot from outside the box, but that went inches over the bar.

Three minutes later, Aphaoba Singh was found on the right flank by a through ball from Beitia. Singh, instead of crossing it in, went for a shot from a tight angle and forced Limbu to make a crucial save.

Chencho tried to breach the Sudeva citadel in the 69th minute when a long ball found him on the right flank. The Bhutanese forward released a curling effort from a tight angle that flashed in front of the goal before going back into play.

Despite efforts from both the teams, neither could create a clear scoring chance, and half chances were cancelled out easily by the other's defence.

The best chance of the match probably came in the 72nd minute when Mahesh Singh found Naocha Singh inside the box with a through ball. The latter, however, with only the goalkeeper to beat, roofed his shot over the bar. 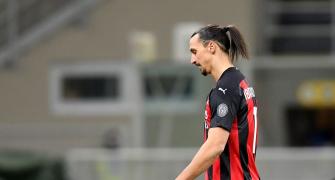 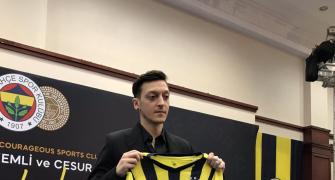 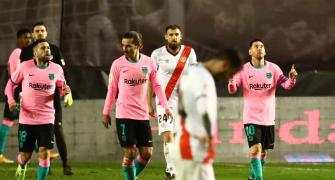 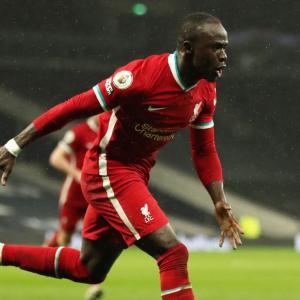 PICS: Liverpool back on track with win at Tottenham 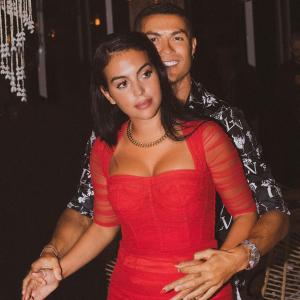