'Now I am focussing on my athletics more than even before.' 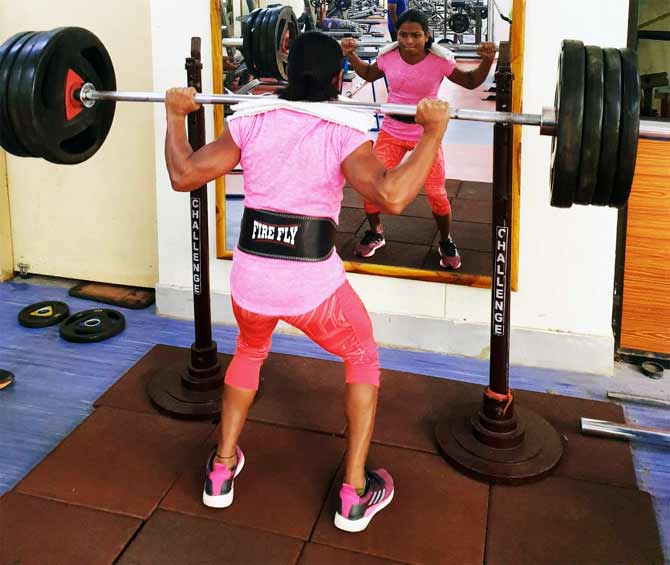 IMAGE: Dutee Chand became the first Indian woman track and field athlete to clinch a gold medal in the World Universiade after she won the 100m dash event in Napoli. Photograph: Dutee Chand/Twitter

Ace sprinter Dutee Chand declared that she is not finished yet and the gold medal she won at the World University Games last week would spur her to achieve more despite the negative vibes from some quarters after her recent admission of same-sex relationship.

23-year-old Dutee became the first Indian woman track and field athlete to clinch a gold medal in the World Universiade after she won the 100m dash event in Napoli, Italy on July 9.

Dutee said the gold was an answer to her critics, who had written her off after her admission of same-sex relationship.

"Many people have commented in bad languages. They said that Dutee is now focussed on her personal life and her athletics career will be over. I wanted to let them know that I am not finished yet," she said.

"Just like any other human being is concerned about his or her personal life, I also need to think about my personal life. That is why I came out and made everybody know about my relationship (with a girl of her village).

"But that does not mean that I will neglect my athletics career. I have done (admitted the same-sex relationship) what I thought was needed and now I am focussing on my athletics more than even before," she added.

After winning the gold at the World Universiade, she had also tweeted: "Pull me down, I will come back stronger!"

Dutee also described her history-scripting gold in the World Universiade as the "highlight" of her career but wants to keep her feet rooted to focus on the "tougher" tasks of qualifying for the World Championships and Olympics.

She is yet to qualify for both the World Championships, to be held in Doha later this year, and next year's Olympic Games in Tokyo.

IMAGE: Dutee said the gold was an answer to her critics, who had written her off after her admission of same-sex relationship. Photograph: Darren Whiteside/Reuters

Dutee, who holds the 100m national record of 11.24 seconds, will have to be at her best if she is to qualify for the September 27-October 6 World Championships.

"The 100m gold was my first at World level, it is my career highlight so far. But it is a tough road ahead. My target is to qualify for the World Championships and then the Olympics," she said.

"I am overwhelmed by the congratulatory messages from so many people including such important people. But I am not going to be carried away by this (historic 100m gold at World Universiade) and I have to focus on the important events ahead," said the Odisha runner.

The World Championships qualification timing is 11.24, which is higher than the 2017 standard of 11.26, while the Tokyo Olympics 100m qualifying time is 11.15 which is a much tougher task.

Dutee ran her season's best of 11.26 during the Asian Championships in Doha in April and she will have to at least repeat it in less than next two months' time.

"Dutee and her coach (N Ramesh) have requested for some meets and we are trying to arrange two or three races in either Asia or Europe. She should get them," AFI Communication Manager Divesh Bhal said.

"Even otherwise also, Dutee may get to run in the World Championships just like in the 2017 edition when she got the quota place after the total number of qualified athletes did not reach the stipulated number for the event (women's 100m)," he added.

Dutee took part in the 2017 World Championships in London, where she could not reach the semi-finals after clocking a much below-par 12.07 in heats.

Talking about the 2020 Olympics, Dutee said, "Olympics is the ultimate target and I could not do well in the 2016 Games. So I want to do better in the 2020 Olympics but I will have to qualify first and it is not going to be easy."

The 2020 Olympics qualifying mark has got tougher this time and Dutee will have to breach the 11.15 seconds as compared to 11.32 seconds for the 2016 Rio Games.

She could not advance to the semi-finals after clocking a poor 11.69 seconds in the heats.

Get Rediff News delivered into your Inbox.
Source: PTI© Copyright 2020 PTI. All rights reserved. Republication or redistribution of PTI content, including by framing or similar means, is expressly prohibited without the prior written consent.
Related News: Dutee, Athletics Federation of India, World Universiade, IMAGE, Asia
SHARE THIS STORYCOMMENT
Print this article 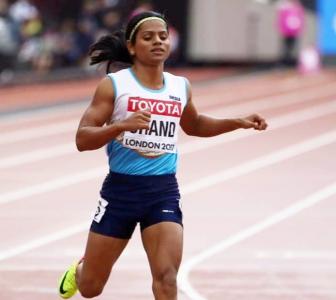 I am not a criminal: Dutee 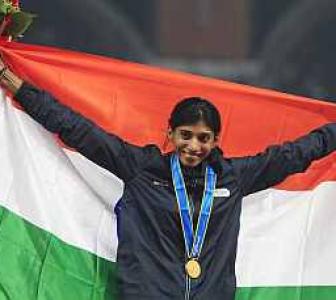 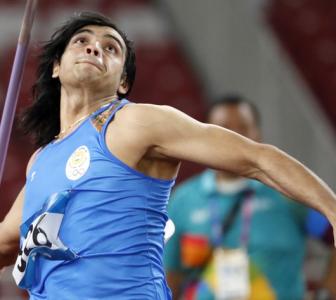 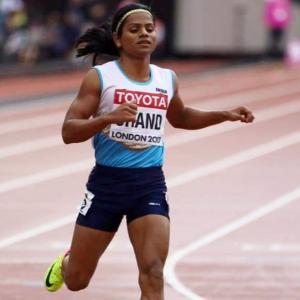