Jeev Milkha Singh exploded into superb form on the back-nine with four birdies to card a five-under 67 and grab a share of the third spot after the first round of the Tshwane Open in Centurion, South Africa.

Jeev was two shots behind Pretoria native Darren Fichardt, who is once again handily placed at the top of the leaderboard after an opening round of seven-under 65. Fichardt was one stroke ahead of Swede Bjorn Akesson (66). 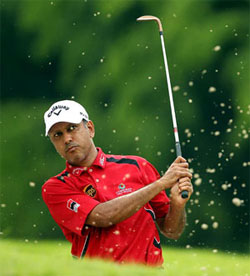 Jeev opened with seven straight pars before finding his first birdie on the eighth to make the turn one-under. A par on 10th was followed by a bogey on the 11th for the Indian ace.

Then he birdied the 12th and parred the 13th. Jeev hit a purple patch after that and from 14th to 17th, he birdied four in a row and then ended with a par for a 67.

Fichardt's performance comes less than a fortnight after a nine-year European Tour victory drought came to an end at the Africa Open. With eight birdies and a solitary bogey, he leads the way on home soil once more.

Bjorn Akesson had challenged his advantage at the top of the leaderboard late on Thursday after a birdie-birdie-eagle run from the 13th saw him draw level, but a bogey at the 17th left him with a six-under 66.

Six players are at five-under, including Englishman David Howell, while it was also a productive day for 2011 Open Champion Darren Clarke, who signed for a 69.

© Copyright 2020 Reuters Limited. All rights reserved. Republication or redistribution of Reuters content, including by framing or similar means, is expressly prohibited without the prior written consent of Reuters. Reuters shall not be liable for any errors or delays in the content, or for any actions taken in reliance thereon.
Related News: Jeev Milkha Singh, Darren Fichardt, David Howell, Bjorn Akesson, SAF
SHARE THIS STORYCOMMENT
Print this article
First-ever golf auction sees Rs 3.83 crores spent 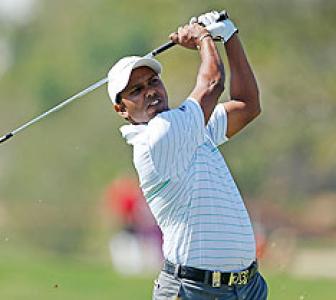 Chowrasia fires best round but wife misses him in action 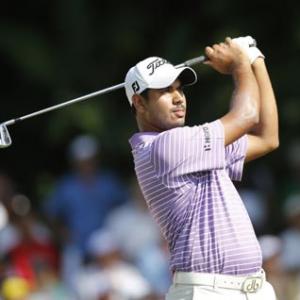 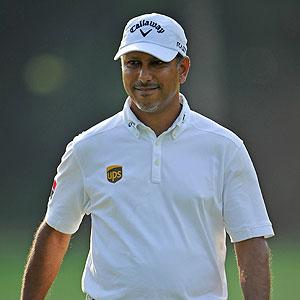