French Open: Uncertainty in the air as Swiatek takes on Gauff in final IMAGE: Iga Swiatek has won the last eight finals she has played while it will be her first Grand Slam final on the main tour for Coco Gauff. Photograph: Adam Pretty/Getty Images and Ryan Pierse/Getty Images

Iga Swiatek is one step away from a second French Open title in three years but the world number one will face a unique challenge on Saturday in teenager Coco Gauff in a tournament that often proved unpredictable.

Poland's Swiatek is on a remarkable 34-match winning streak and should the 2020 Roland Garros champion lift the Suzanne Leglen Cup again, she will match Venus Williams's run from 2000 - the longest on the women' tour in the 2000s.

Her final record is also impressive as the 21-year-old has won the last eight finals she has played, losing more than four games only twice in those matches.

She has a unique game, with her light footwork, powerful forehand and unsettling slice proving a nightmare to handle as her opponents during this fortnight have realised.

Swiatek has only dropped one set and showed occasional signs of nerves before steamrolling Daria Kasatkina in the semi-finals in an awe-inspiring demonstration of mastery.

Nerves have often been a deciding factor in finals but there is little chance that Swiatek, who has been working with a psychologist, will struggle with her composure.

"I'm just trying to treat these (final) matches as any other matches, because it is stressful, and I accept that. But I want to keep doing the same work," she said.

"It's been going on well. I'm also aware sometimes my opponents are stressed so I'm trying to kind of realise that and not panic about my own stress.

"Remembering why I got here and what my strengths are, this is really helping me. So I think it's all about the mindset and the preparation I have before the match."

On the other side of the net is an 18-year-old who has developed into a solid claycourt player and will play her second final here after winning the juniors title in 2018.

It will be her first Grand Slam final on the main tour, but Gauff, seeded 18th, insists, she will go into the contest without any pressure.

"I think going in I have nothing to lose and she's definitely the favourite going into the match on paper," said Gauff, who lost her two encounters against Swiatek in straight sets.

"But I think that going in, I'm just going to play free and play my best tennis. I think in a Grand Slam final anything can happen."

Chris Evert, an 18-time Grand Slam champion and Eurosport tennis expert, believes Gauff is one the rare players who can derail Swiatek.

"To me, the only player who can beat Swiatek is a player with a lot of firepower and a big serve," she explained.

"At this point, that’s the way it’s looking. Coco Gauff is the only type of player, and type of game, that can really overpower Iga at this point." 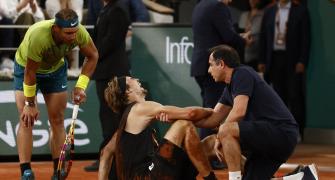 It would be cool to meet Queen Elizabeth, says Gauff 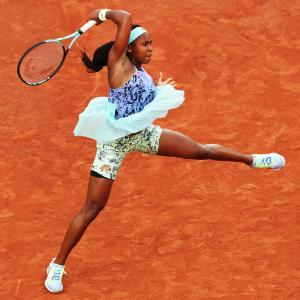