German Alexander Zverev thought his time had finally come to win a Grand Slam title but his French Open campaign ended in pain and agony after he was forced to retire during his semi-final against Spaniard Rafael Nadal with an ankle injury.

Long touted as a potential major champion, Zverev fought tooth-and-nail against 13-time Roland Garros winner Nadal under the closed roof of Court Philippe Chatrier before he rolled his right ankle and fell while trailing 7-6(8), 6-6.

He kept screaming in pain before leaving the court crying in a wheelchair as people in the packed stands and his opponent looked on in shock. The lanky German returned on crutches few minutes later to confirm his retirement.

Click on the pictures to see how Zverev's Grand Slam dream in Paris ends in pain and tears: 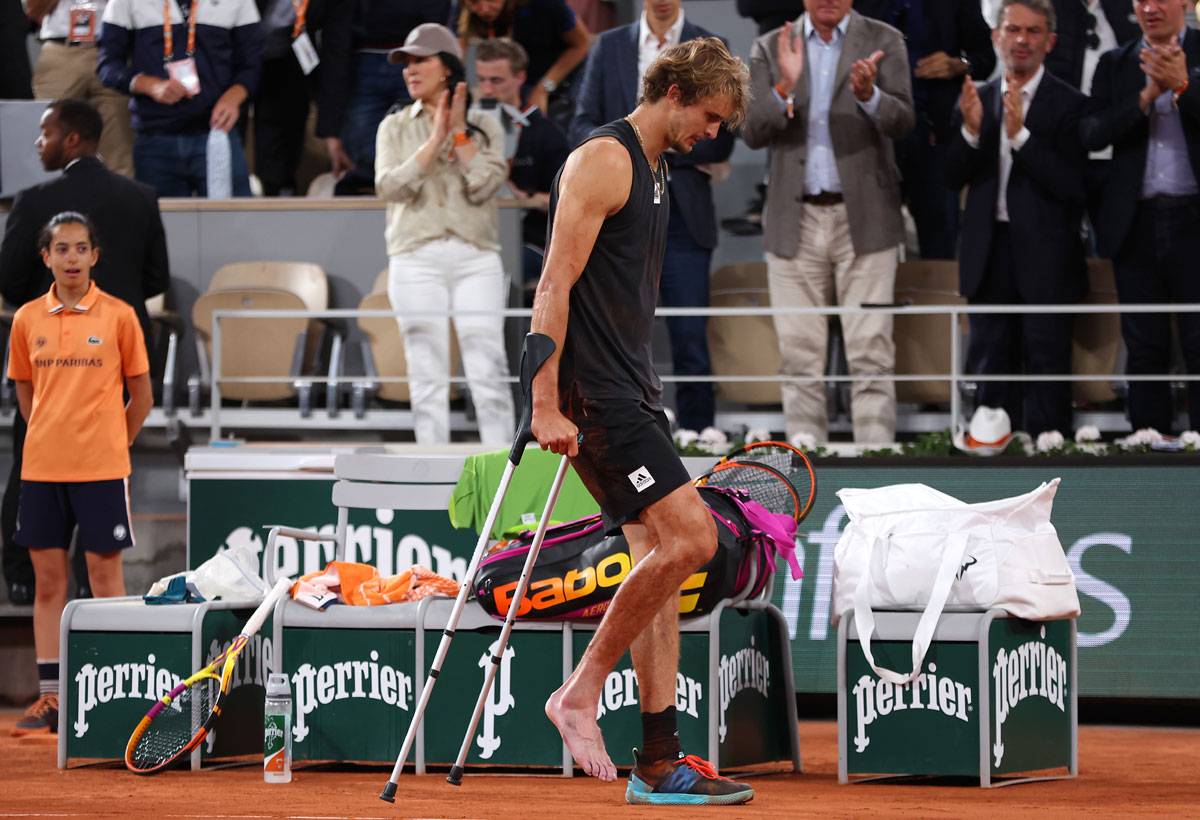 IMAGE: Alexander Zverev leaves the court on crutches after being forced to retire following an injury during the semi-final match against Rafael Nadal on Day 13 of the 2022 French Open at Roland Garros in Paris, on Friday.Photograph: Clive Brunskill/Getty Images 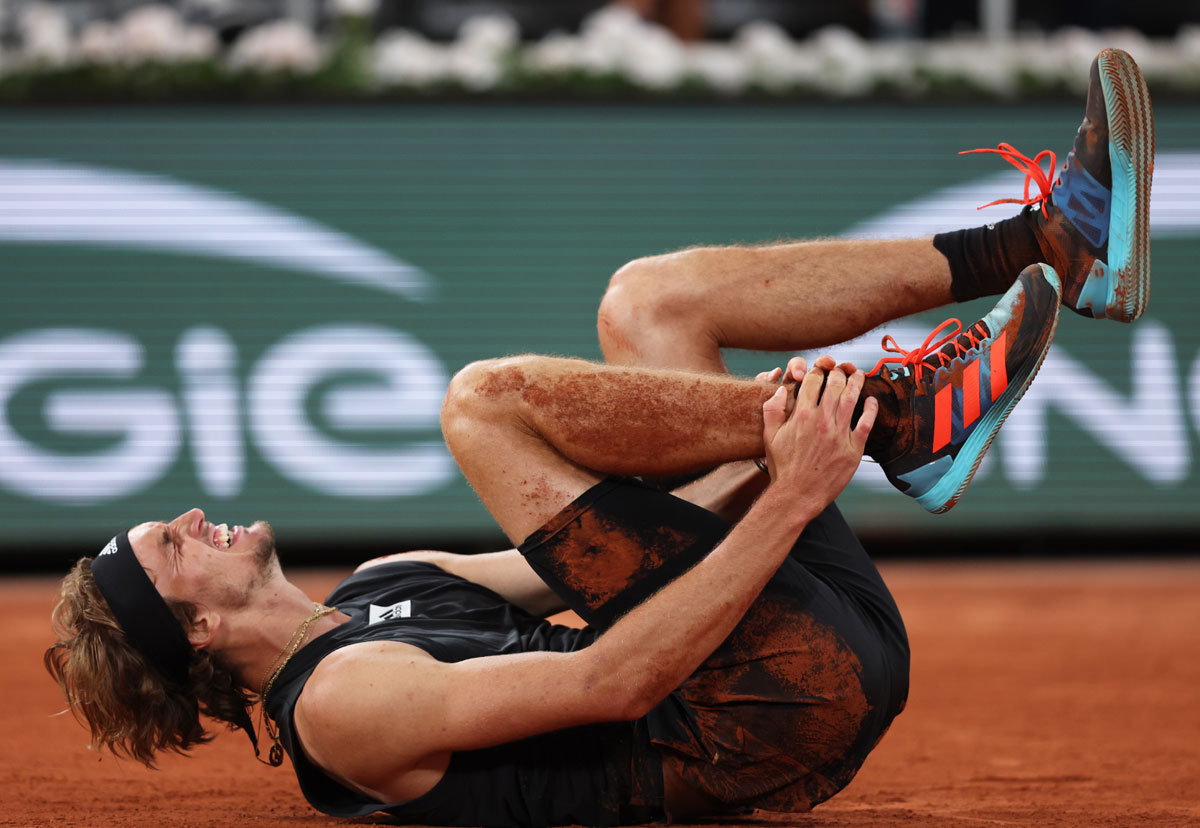 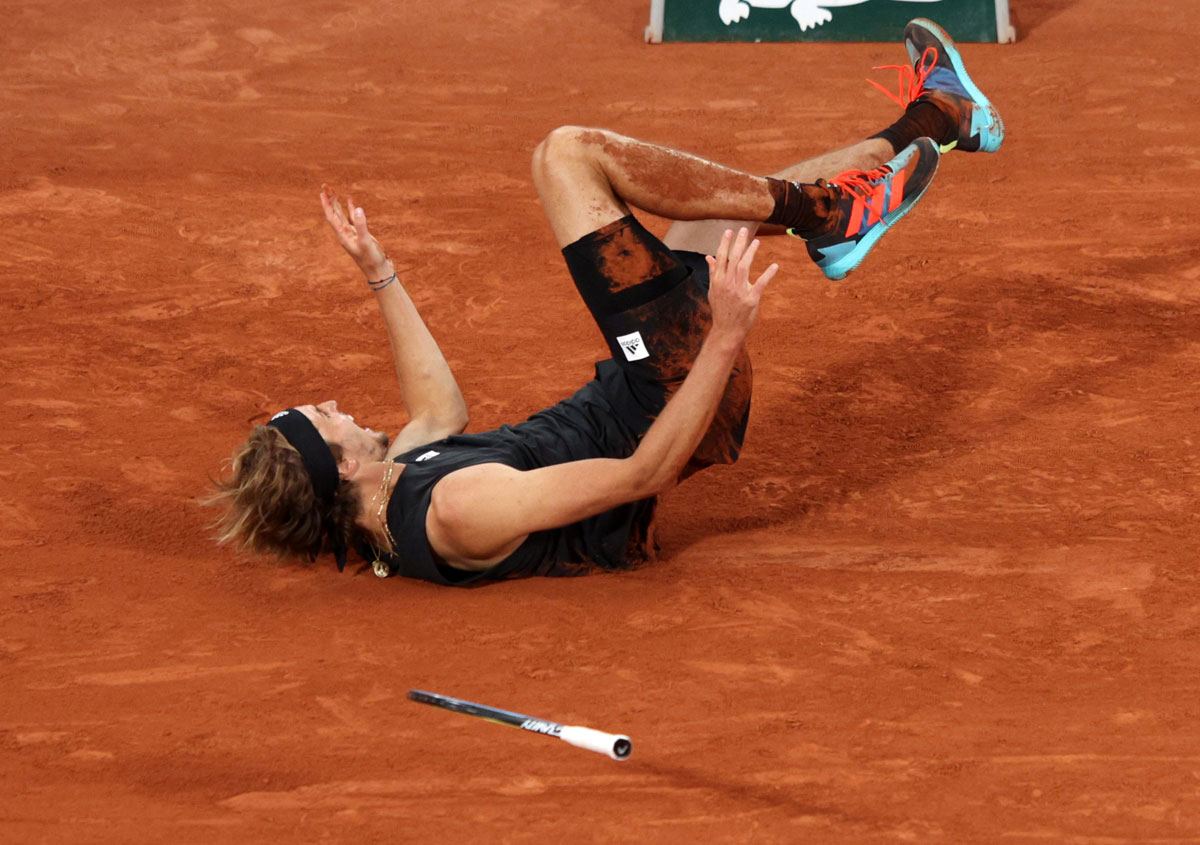 IMAGE: Zverev and Nadal had been on court for three hours and 13 minutes, with the Spaniard winning the first set in a tie break, when the 25-year-old's injury occurred.Photograph: Clive Brunskill/Getty Images 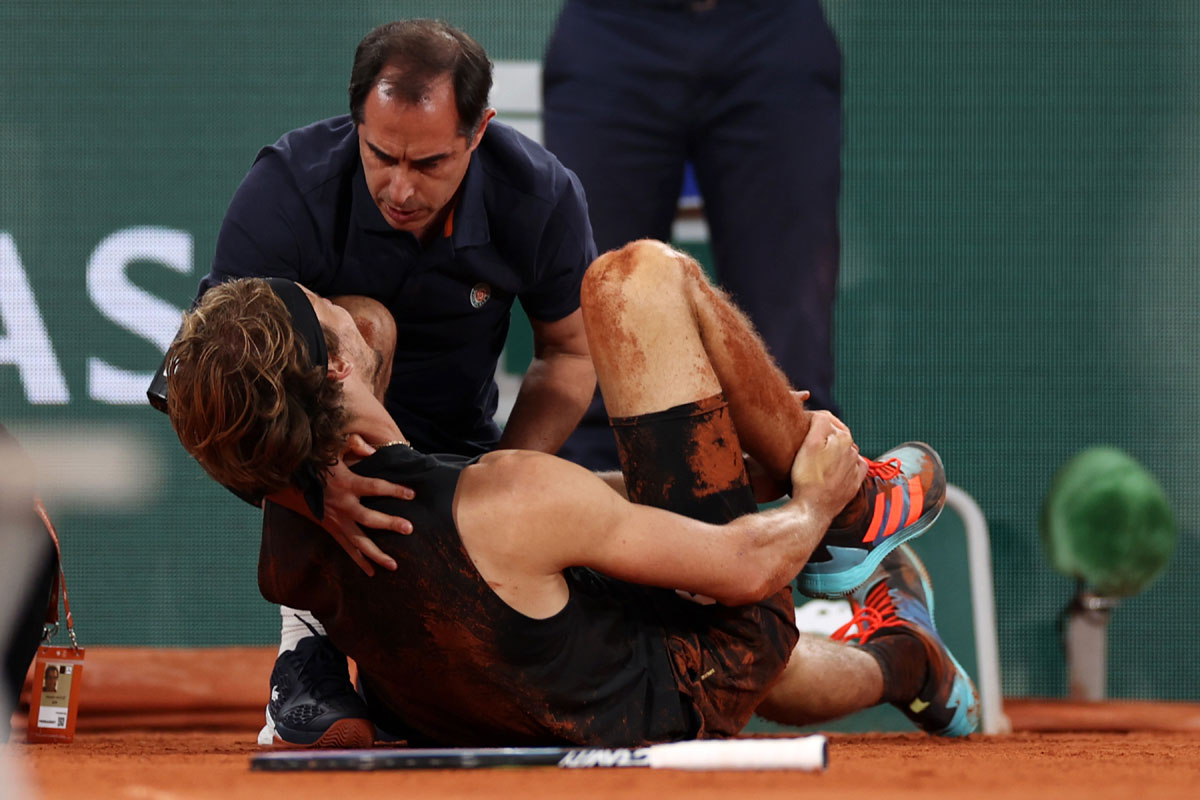 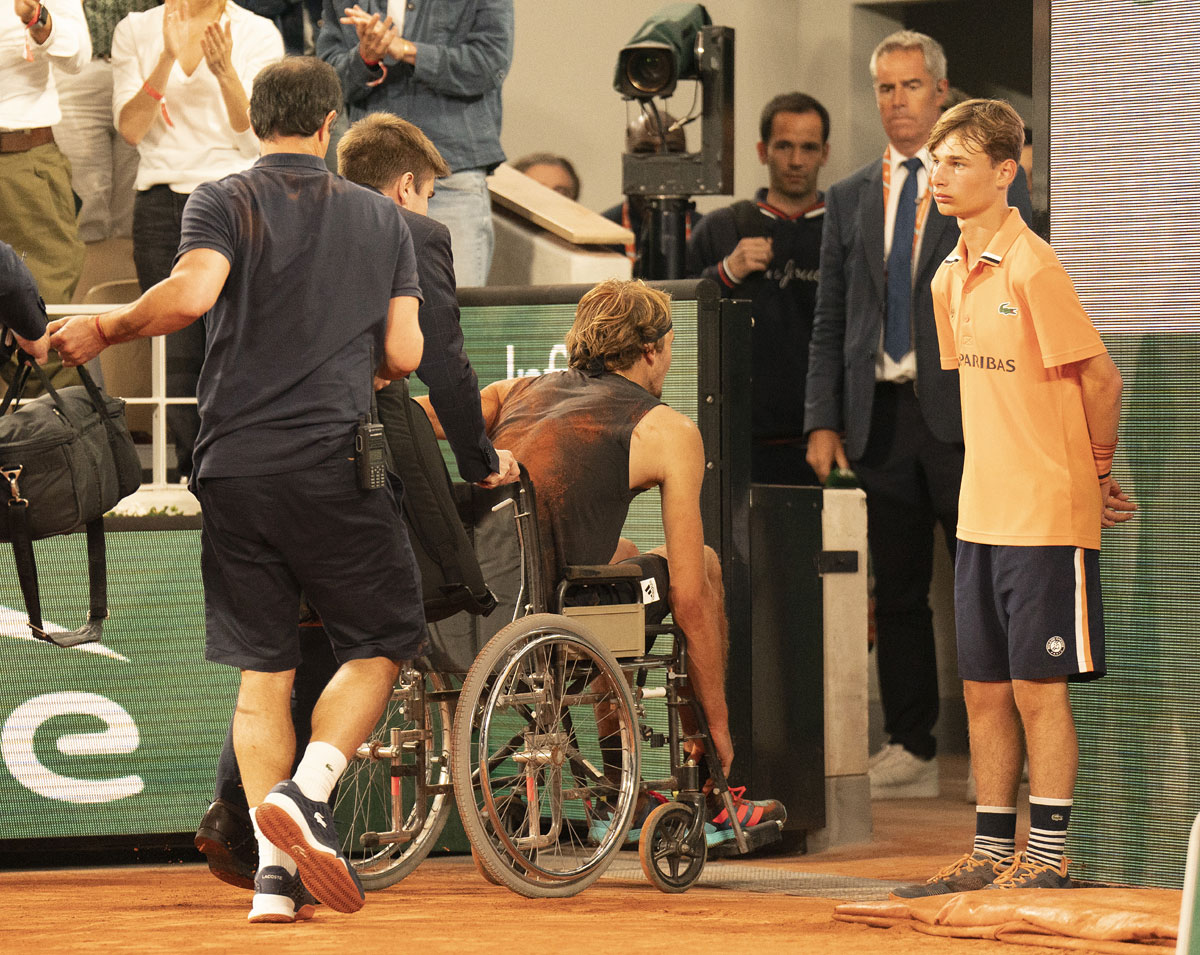 IMAGE: Zverev kept screaming in pain before leaving the court crying in a wheelchair as people in the packed stands and his opponent looked on in shock. Photograph: Susan Mullane-USA TODAY Sports/Reuters 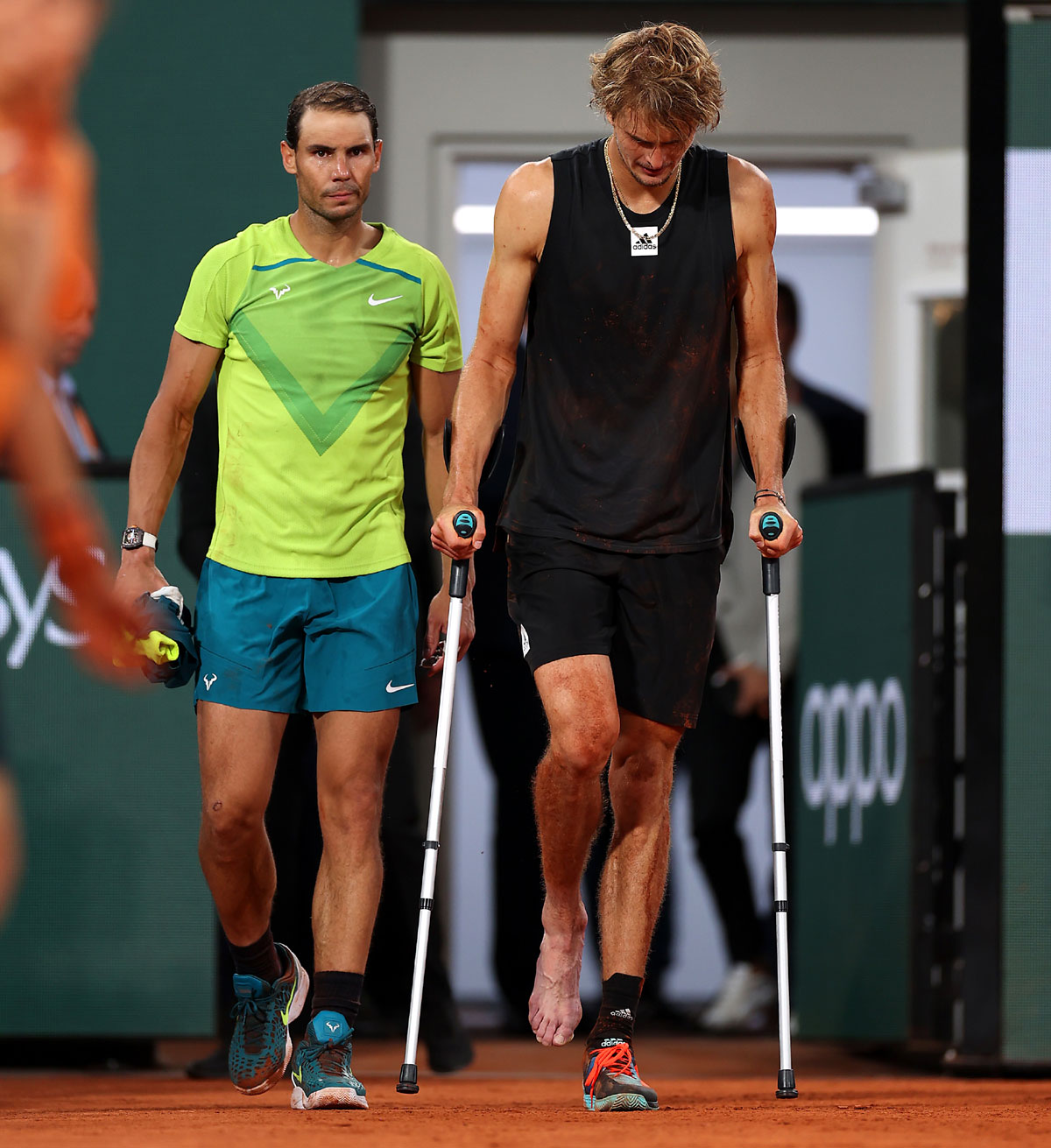 IMAGE: Alexander Zverev returned to the court on crutches to confirm his retirement because of injury. 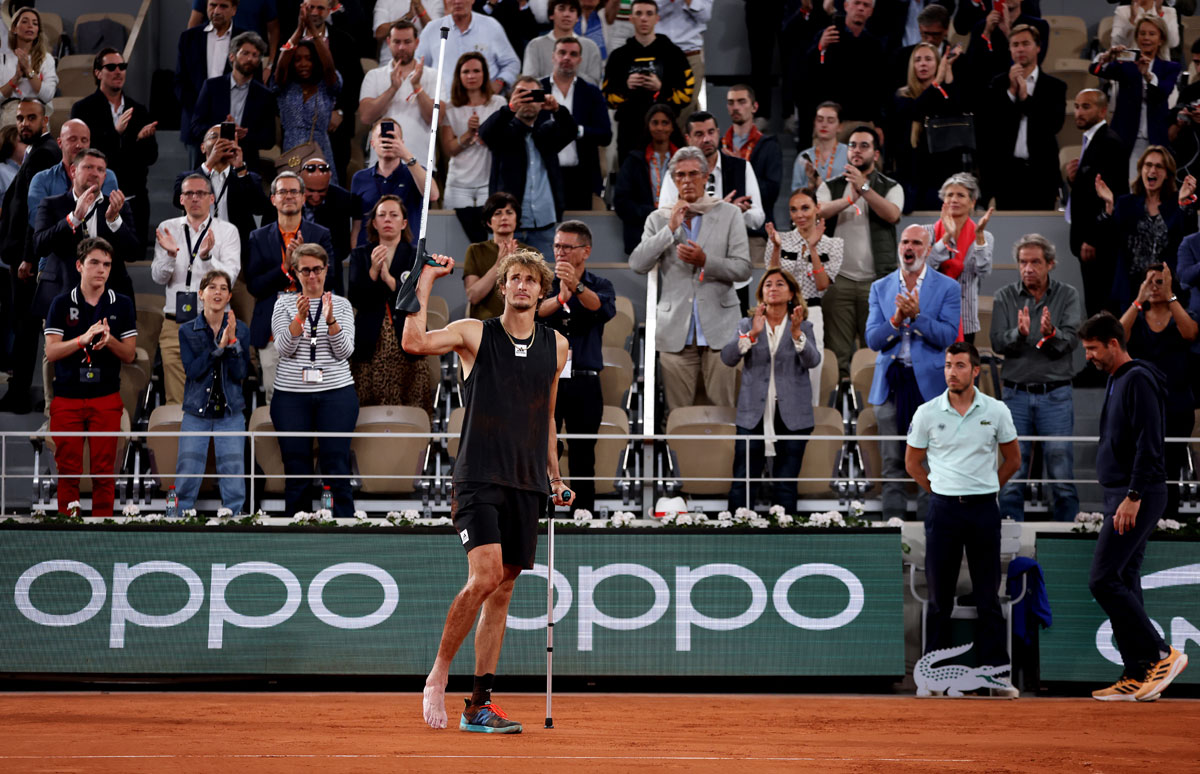 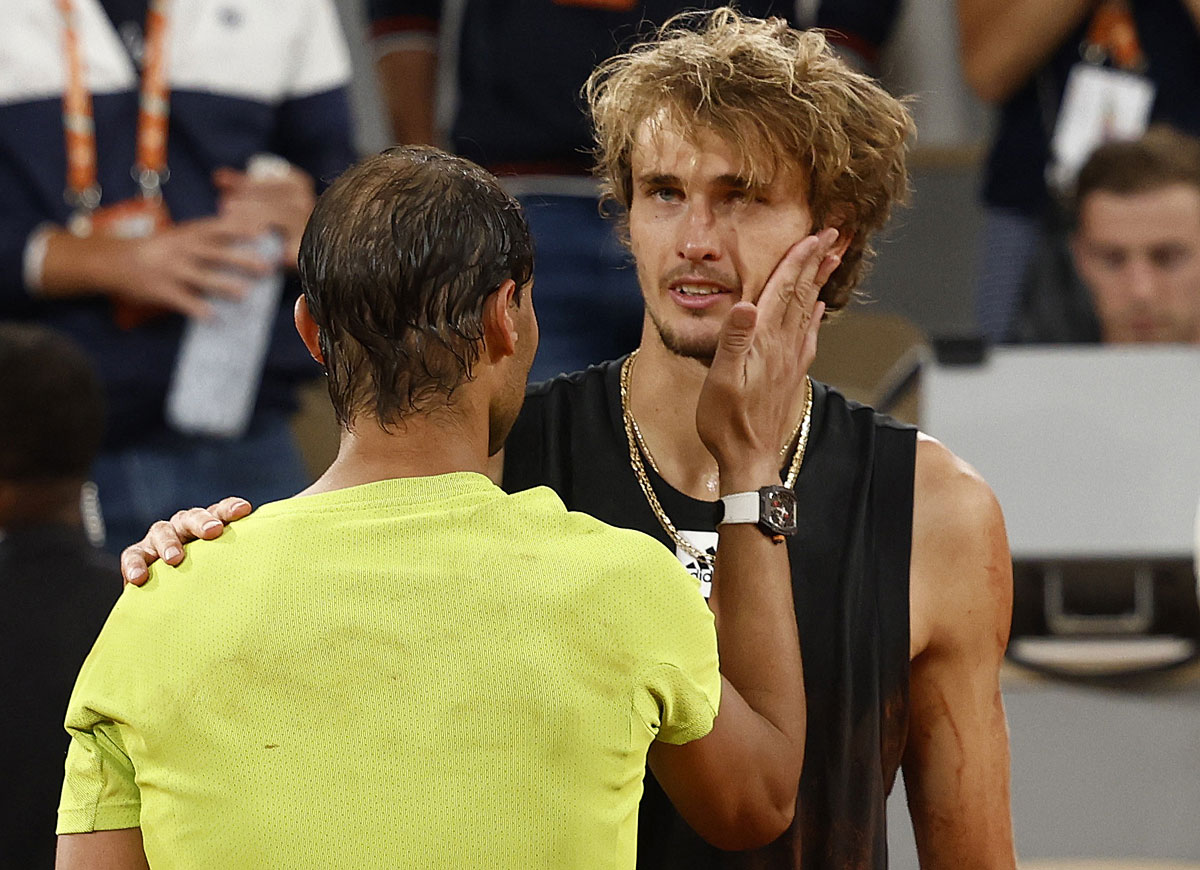 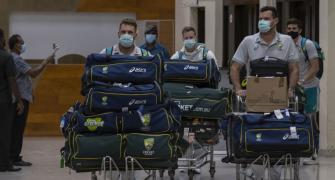 Aussies hope to bring some joy to crisis-hit Sri Lanka 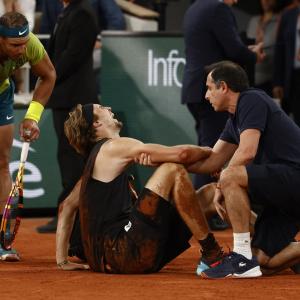