World Cup: Messi and Lewandowski face off for knockout berth 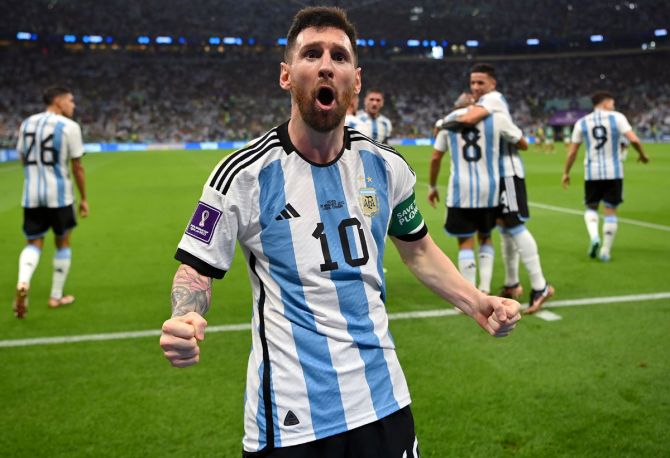 IMAGE: Lionel Messi, is playing his fifth and final World Cup, meaning it is his last chance to match Diego Maradona and lift the trophy for his longing homeland. Photograph: Dan Mullan/Getty Images

Two of the most intimidating strikers in world football, Argentina's 35-year-old Lionel Messi and Poland's 34-year-old Robert Lewandowski, line up against each other on Wednesday with a last 16 place at stake in the World Cup.

Messi has scored twice in Argentina's extraordinary start to the campaign, suffering one of the biggest upsets in the tournament's history at the hands of Saudi Arabia before masterminding a euphoric victory over Mexico.

The brilliant Argentine, whose team are one of the tournament favourites, is playing his fifth and final campaign, meaning it is his last chance to match Diego Maradona and lift the trophy for his longing homeland.

"We had to give everyone peace of mind to be able to approach the Poland game in a different way," Messi said after the extraordinary pressure around the Mexico match.

With Argentina second in Group C on three points, one behind the Poles, they must win to be sure of progressing and keeping alive their dream of a third World Cup title.

A draw would be enough for the South Americans too if Mexico and Saudi Arabia also end level. 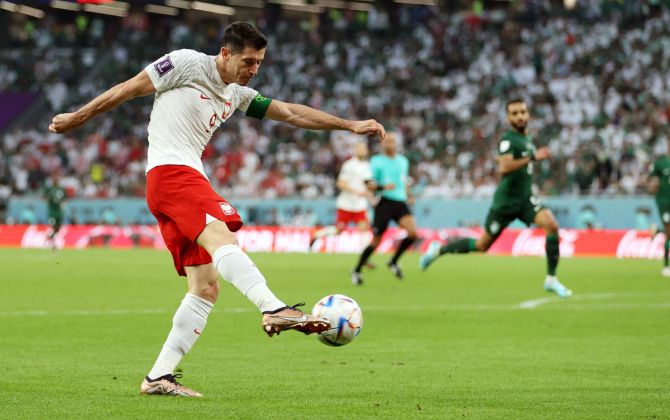 IMAGE: Robert Lewandowski has been in sizzling form for Messi's old club Barcelona and has also had an eventful start in Qatar.. Photograph: Dan Mullan/Getty Images

Like Messi, Lewandowski is also his nation's all-time top scorer and is on possibly his last mission at a World Cup. He has been in sizzling form for Messi's old club Barcelona and has also had an eventful start in Qatar.

Lewandowski uncharacteristically missed a penalty in Poland's opening draw with Mexico before scoring his first ever World Cup goal in their 2-0 win over Saudi Arabia.

That reduced him to tears.

"The older I get, the more emotional I get, and I'm aware that it might be my last World Cup actually," said Lewandowski

Poland, who have not reached the knockout stage since 1986, will go through with a win or draw against Argentina. 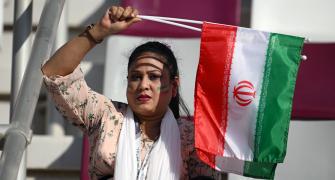 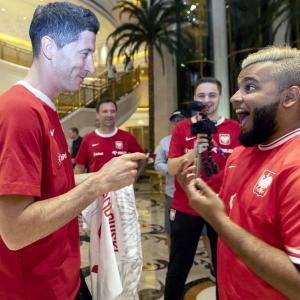 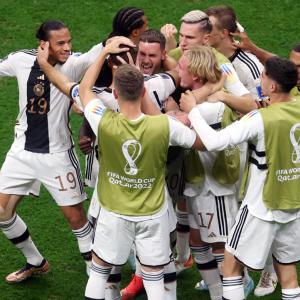