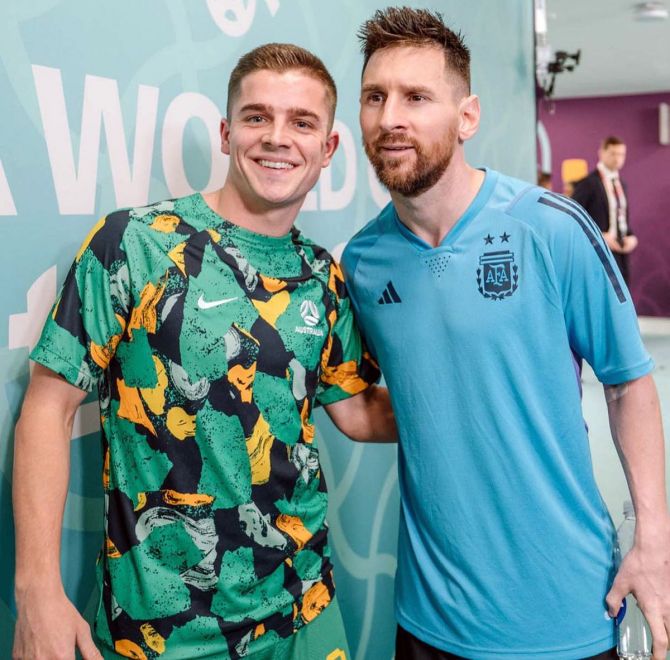 Australia midfielder Cameron Devlin did not play a minute of the World Cup but left Qatar with one of its biggest prizes after exchanging jerseys with Argentina's Lionel Messi after their round of 16 match.

Devlin, who plays for Heart of Midlothian in the Scottish top flight, swooped after the Socceroos were knocked out 2-1, with Argentine talisman Messi scoring a goal in his 1,000th match.

"I went on (to the pitch) and consoled all the boys first and then shook Messi's hand," Devlin told reporters at Sydney airport after arriving back from Qatar.

"No one had said anything so I just tried my luck and he said, 'I'll see you inside,' and that's what happened."

"(I wanted) one of the other boys to have the opportunity first, but no one took it, so I thought why not?" said the 24-year-old Devlin.

"I don't know if (mine) will be on his wall at home or maybe still on the ground in that changing room but I'm not fussed — it's more that I got his ... I was surprised he even took mine.

Devlin said he would keep Messi's jersey at home and his father was looking after it for him.

"I don't think he'll let me touch it anymore," he added. 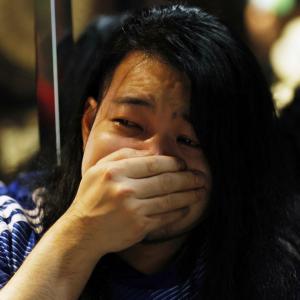