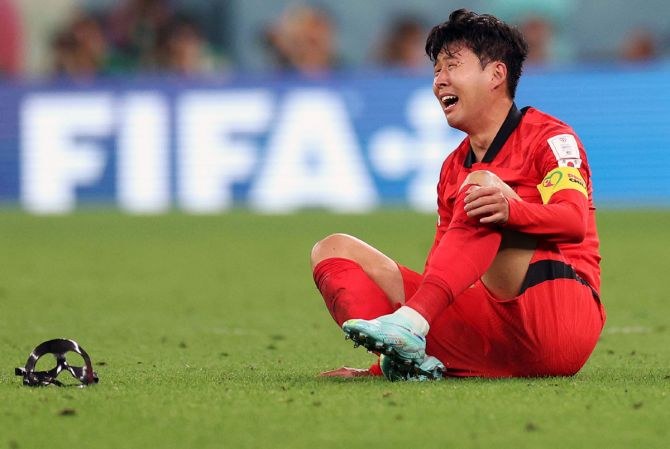 South Korea talisman Son Heung-min is still without a goal at this World Cup but he will not care about that after running himself into the ground on Friday to ensure his team reached the last 16 in the most dramatic fashion.

The Asian side simply refused to accept that their World Cup dream was over and it was captain Son who epitomised the Koreans' relentless energy with a selfless display.

A day after Japan set the tone by stunning Spain 2-1 in their final game to reach the knockout phase on a night of mind-boggling drama, Son made sure South Korea's fans could kick-start their own party in the Education City Stadium.

The 30-year-old Tottenham Hotspur forward, who has scored 35 goals for his country and is the darling of their fans, who wear his shirt with such pride, has played the whole tournament wearing a black mask to protect a cheek fracture. 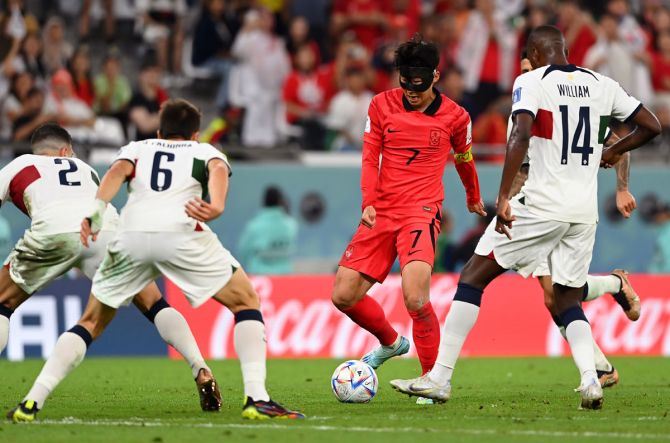 With the match locked at 1-1 and the clock ticking into stoppage time, it seemed Son's and South Korea's World Cup was about to end in heartbreak with the win they needed to advance about to elude them.

But as he often does for his club, for whom he shared the Premier League Golden Boot last year with Liverpool's Mohamed Salah, he produced something special when it mattered most.

From a Portugal corner, the ball was cleared and suddenly captain Son found himself in acres of space on the lush turf.

Turning on the afterburners he bore down on goal and then, when it appeared he had been reeled in, Son had the presence of mind to thread a perfect pass to substitute Hwang Hee-chan who calmly slotted his shot past Diogo Costa.

That saw South Korea jump from bottom of the group to second, above Uruguay who beat Ghana 2-0 but were left in third place by virtue of scoring fewer goals than South Korea.

At the final whistle, a fatigued Son collapsed onto the ground and removed his mask, tears streaming down his face.

"I've been waiting for this moment a long time ... and I believed we could get it done," Son, whose two previous World Cups had ended in group stage exits, said.

Then he graciously added: "I have not been doing a good job as their captain, but my team mates have covered my back. I am so thankful for them and so proud of them." Few of the team's players would agree with those comments as, despite Son's massive profile in South Korea and his Premier League riches, he would run through brick walls for his country.

The Koreans, who had fallen behind early on to Ricardo Horta's opener but levelled through Kim Young-gwon, looked out on their feet at times in the second half.

But Son led by example, summoning the spirit of 2002 when South Korea reached the semi-finals on home soil, having also beaten Portugal on the way out of the group.

At times the celebrated forward appeared to be trying almost too hard to deliver for his team mates.

He looked poised to score with one chance on the right but his shot was brilliantly blocked by Antonio Silva and several jinking runs took him straight into Portuguese defenders.

However, Son was not to be denied and his touch of class for the winner once again showed why he has been Asian Footballer of the Year seven times and why, with him in their ranks, South Korea will never admit defeat. 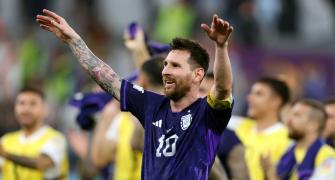