The FA wrote to the player last week for his views on the matter and he was formally charged on Wednesday.

"Ravel Morrison has admitted a charge under FA Rule E3 of using abusive and/or insulting words including a reference to a person's sexual orientation in relation to Twitter comments," the FA said on its website (www.thefa.com) on Friday.

Morrison has asked for a non-personal hearing, which means the FA will decide his punishment without the midfielder appearing in person before the governing body. 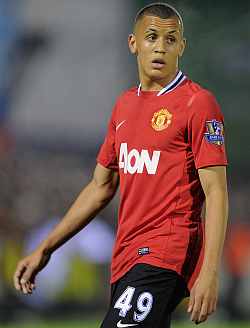 Morrison, one of the brightest young prospects to emerge from Old Trafford in recent years, left Manchester United for a fee of around £650,000 after just three League Cup substitute appearances in the last two seasons.

He was involved in a number of off-field controversies at Old Trafford and has yet to make his first-team debut for West Ham.

© Copyright 2022 Reuters Limited. All rights reserved. Republication or redistribution of Reuters content, including by framing or similar means, is expressly prohibited without the prior written consent of Reuters. Reuters shall not be liable for any errors or delays in the content, or for any actions taken in reliance thereon.
Related News: Ravel Morrison, West Ham United, FA, Manchester United, Old Trafford
COMMENT
Print this article