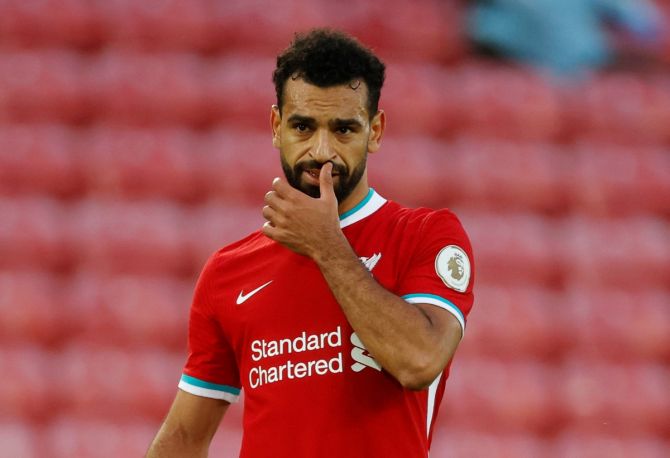 Salah, who is the joint leading scorer in the Premier League this season with eight goals, will miss the visit from league leaders Leicester City on Sunday.

He is also likely to be ruled out of Liverpool's Champions League game against Atalanta next Wednesday, while Elneny is expected to miss Arsenal's trip to Leeds United on Sunday and their Europa League clash at Molde on Nov 26.

Barca's Busquets out of trip to Atletico

Barcelona midfielder Sergio Busquets has been ruled out of Saturday's La Liga clash away to Atletico Madrid due to a knee injury sustained on international duty with Spain.

Barca confirmed on Wednesday that Busquets had strained knee ligaments in last Saturday's 1-1 draw with Switzerland but did not state how long he would be out for.

Spanish media reports said Busquets would be sidelined for around two weeks, also missing the Champions League trip to Dynamo Kyiv and their home league game against Osasuna.

The Catalans are already without teenage sensation Ansu Fati for the trip to Atletico, who are third in the standings and six points above eighth-placed Barca.

But Barca's list of absentees pales in comparison to that of Diego Simeone's side.

Luis Suarez, Atleti's joint-top scorer with five league goals, is set to miss the reunion with his former side after testing positive for COVID-19 while away with Uruguay.

Holding midfielder Hector Herrera has been ruled out until December with a hamstring strain, with defenders Stefan Savic and Mario Hermoso also doubts.

Forwards Yannick Carrasco, Diego Costa and Vitolo, meanwhile, are all fighting to be fit for the game, which will be the first true test of Atletico's title credentials after a brilliant start to the campaign.

© Copyright 2021 Reuters Limited. All rights reserved. Republication or redistribution of Reuters content, including by framing or similar means, is expressly prohibited without the prior written consent of Reuters. Reuters shall not be liable for any errors or delays in the content, or for any actions taken in reliance thereon.
Related News: Mohamed Salah, Mohamed Elneny, Barca, Atletico Madrid, Liverpool
SHARE THIS STORYCOMMENT
Print this article 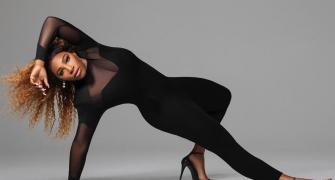 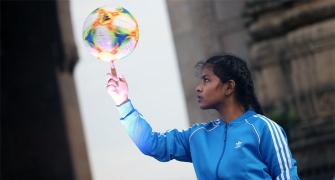 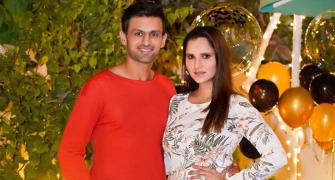 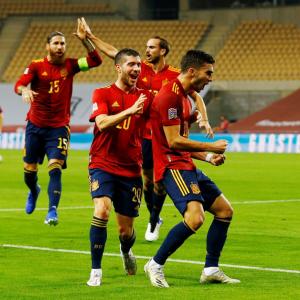 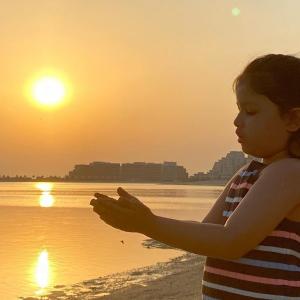