Defending champion Abhijeet Gupta squandered a winning position before settling for a draw against Grandmaster Evgenij Miroshnichenko of Ukraine to drop to the joint second spot after the end of the seventh round at the Dubai International Open chess tournament in Dubai on Sunday.

Gupte outplayed Miroshnichenko right from the opening with black pieces but the latter managed to wriggle out in mutual time scramble leaving the Indian Grandmaster slip to joint second spot from what looked a certain shared lead.

Miezes Normunds of Latvia, meanwhile, emerged sole leader on six points after beating Viorel Iordachescu of Moldova. It was a lucky victory by the Latvian who suffered earlier in the middle game.

With Normunds in front, the Indian trio of Gupta, Negi and Chanda are in close pursuit, half a point behind and giving them company are Akopian, Miroshnichenko, Ni Hua, Zaven Andriasian of Armenia, Mikheil Mchedlishvili of Georgia and Yuriy Kuzubov of Ukraine.

With just two rounds to go, the tournament is headed for a close finish as Gupta will take on Normunds in the penultimate round, while Chanda and Negi are left to settle it out between them.

The GM norm seekers, meanwhile, suffered a setback as Vishnu Prasanna went down to Kuzubov, who played black, and S Nitin could only manage a draw from a won endgame against Vladimir Baklan of Ukraine. These two along with Akshayraj Kore are still in with a chance for the Grandmaster norm but they need to score well in the last two rounds.

Former National champion and Vishwanathan Anand's second Surya Shekhar Ganguly brought himself back in contention at the expense of Tania Sachdev. Ganguly and G N Gopal have five points apiece along with Nitin and the next two rounds can guide them to a podium finish, provided they win both.

For Gupta, the earlier mistake by Miroshnichenko came in handy as he quickly seized the initiative and had a winning position on board in mere 20 moves.

However, Miroshnichenko hung in there and created some tactical complication which proved useful as Gupta made a series of errors to let the Ukrainian come back.

Negi put pressure on Ni Hua right through the start and his position looked optically secured when the game entered the decisive endgame stage. But the Chinese had other thoughts as he came up with some spectacular defense. 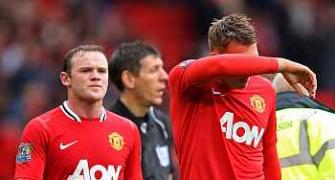 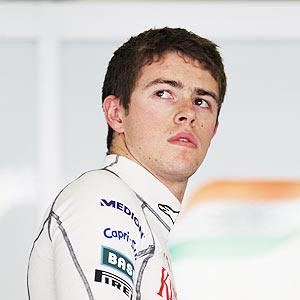