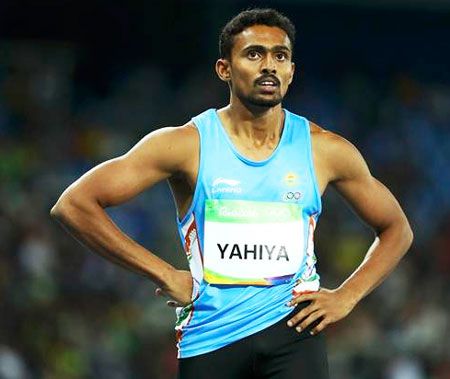 IMAGE: Mohammed Anas was a part of the Indian 4x400m relay quartet that failed to qualify for the finals of the recent World Championships in Eugene, USA after finishing 12th overall in the heat races. Photograph: Twitter

National record holder quarter-miler Mohammed Anas Yahiya has been included in India's 4x400m relay team for the Commonwealth Games in place of an injured athlete, the national federation said on Wednesday.

Anas, who was not named in the initial squad of 37 announced last month by the Athletics Federation of India (AFI), replaced Rajesh Ramesh in the relay team for the Games which begin on Thursday.

"In the 4x400m men's relay team, we have replaced Rajesh Ramesh, who has a minor injury and could not perform as expected at the World Championships with Mohammed Anas," AFI president Adille Sumariwalla said in a release.

Anas was a part of the Indian 4x400m relay quartet that failed to qualify for the finals of the recent World Championships in Eugene, USA after finishing 12th overall in the heat races.

National record holder high jumper Tejaswin Shankar was earlier added to the team in place of Arokia Rajiv, who was one of the 37 athletes named initially, after he won a case against the AFI at the Delhi High Court. MV Jilna, who was named in place of Dhanalakshmi, also failed a dope test.

National record holder Dutee Chand will take part in the 100m dash while Hima Das will feature in 200m sprint. Hima had won 100m gold, beating Dutee, in the National Inter-State Championships last month and had clinched a silver in 200m.

Avinash Sable will also run in men's 5000m race, besides his pet event of 3000m steeplechase. He holds national records in both events. He had finished 11th in the 3000m steeplechase final in the World Championships in Eugene, USA, last week.

Nitender Rawat will begin India's campaign in the men's marathon race on Saturday. The other athletics events begin on August 2.

"Overall, we are expecting a good performance from these youngsters and we want them to give their best and win more medals for India," Sumariwalla said.

In a big boost to India's judo contingent, the Delhi High Court on Wednesday cleared Jasleen Singh of all misconduct charges, paving the way for his participation at the Commonwealth Games.

"The High Court has given a decision in favor of Jasleen and he will now travel to Birmingham," IOA secretary general Rajeev Mehta told PTI.

A gold medallist at the Commonwealth Championships held here two years ago, Jasleen along with his roommate, were embroiled in a controversy after they were involved in a brawl with a group of Spanish women during their month-long training-cum-exposure trip in June in Alicante, Benidorm.

While the duo were given a "clean chit" by the group of women the next day, the federation, which is run by administrator Justice Pankaj Naqvi, called them back as a "precautionary measure".

"But as it turned out the duo were not involved and another group were involved in the brawl. The women were also given clean chits and there was no police complaint against them," a coach said.

Following the controversy, Jasleen, who competes in 66kg, was dropped from the Commonwealth judo squad.

Calling it injustice, Jasleen then took the matter to the High Court and "it would now be a big relief for him and his family".

"Looking at the field, Jasleen is a standout medal prospect and it remains to be seen how mentally fit he's to make a comeback. With this we can now expect 3-4 medals," the coach added.

Indian judokas will have their competitions on August 1 and 3 and Jasleen is expected to reach by July 29. 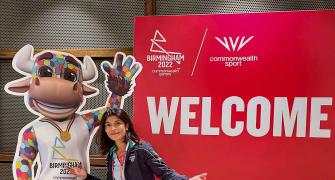 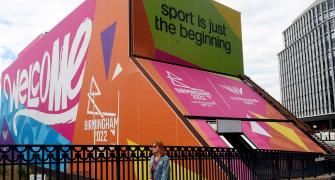