IMAGE: Harmanpreet Singh celebrates scoring a goal against Wales during the men's hockey Pool B match at the 2022 Commonwealth Games in Birmingham on Thursday. Photograph: Hockey India

Vice-captain Harmanpreet Singh slammed a hat-trick as the Indian men's hockey team beat Wales 4-1 in its final Pool B match to qualify for the semi-finals of the Commonwealth Games in Birmingham on Thursday.

Harmanpreet (19th, 20th, 40th minutes) converted two penalty corners and scored one from the spot while Gurjant Singh struck a field goal in the 49th minute for India.

Wales' lone goal was scored by drag-flicker Gareth Furlong in the 55th minute from a set piece.

After the win, India were on course to top Pool B as they enjoy a goal difference of 22 over England, who still have a match against Canada.

The Indians had the better share of possession in the first two quarters, but Wales gave a tough fight to their fancied opponents, especially in the first 15 minutes.

India relied on quick inter-passing game and made a few circle penetrations, but failed to create any clear cut chance, barring a penalty corner in the eighth minute, which Varun Kumar failed to utilise.

Wales also made some circle entries inside the Indian D and their best chance came when an unmarked Carlson's shot was saved by an onrushing Sreejesh from a one-on-one situation. 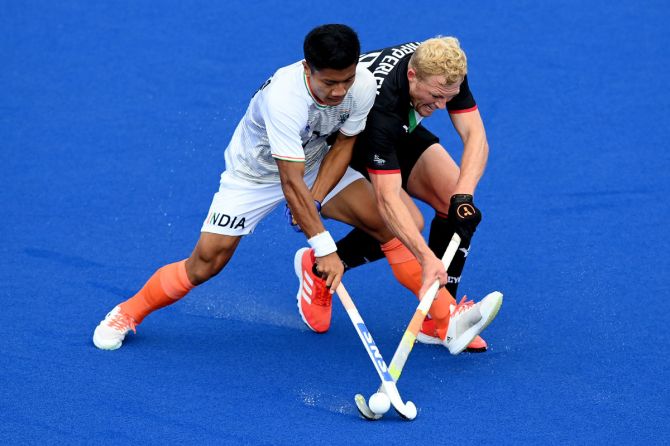 After a barren first quarter, India secured back-to-back penalty corners in the 18th minute, the second of which was put into goal by the ever-reliable Harmanpreet with a low powerful grounded flick.

A minute later, India secured another penalty corner and Harmanpreet exhibited his bagful of tricks with another perfect conversion to hand his side a 2-0 lead at half-time.

Two minutes after the change of ends, India secured their fifth penalty corner but wasted the chance.

In the 40th minute, the Tokyo Olympics bronze medallists earned back-to-back penalty corners, the second of which resulted in a penalty stroke, and Harmanpreet made  no mistake from the spot.

An agile Gurjant made the scoreline 4-0 two minutes later as he perfectly turned the face of his stick to deflect in Samsher Singh's high pass.

Wales then secured two penalty corners in quick time and Furlong made use of the second opportunity.

A minute from the final hooter, India earned another set piece but Harmanpreet was denied by the Wales defence. 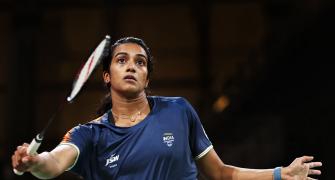 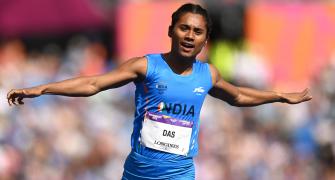 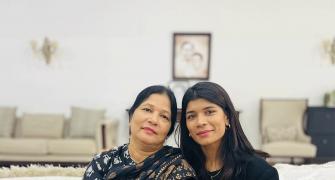 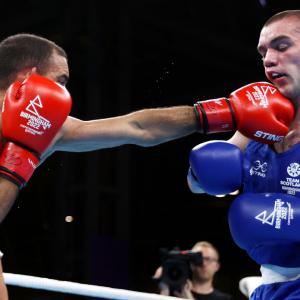