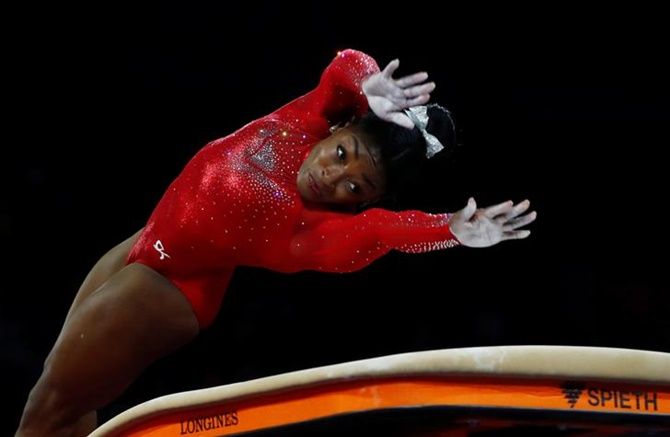 IMAGE: Simone Biles of the United States goes through her routine in the women's Vault final at the World Artistic Gymnastics Championships, in Stuttgart, on Saturday. Photograph: Wolfgang Rattay/Reuters

Simone Biles claimed a record-equalling 23rd medal at the gymnastics world championships on Saturday, leading an American one-two finish in the vault final in Stuttgart.

Biles produced two breathtaking vaults — a Cheng and an Amanar — to finish with an average score of 15.399 inside a packed arena.

The 22-year-old has now matched Belarusian Vitaly Scherbo’s record tally of 23 world medals. Biles holds 17 gold medals across four championships against 12 for Scherbo, who competed in five world events between 1991 and 1996.

Biles has extended her legacy as one of the best gymnasts of all time in Stuttgart this week but she has not had time to sit back and take in her achievements.

“What is it supposed to feel like?” Biles said. “I don’t know. I don’t get time to think about these things. I think about my performances and then... dinner.”

Four-time Olympic champion Biles was joined on the podium by team mate Jade Carey, who finished with an average score of 14.883 for her second world medal in three years on the apparatus. 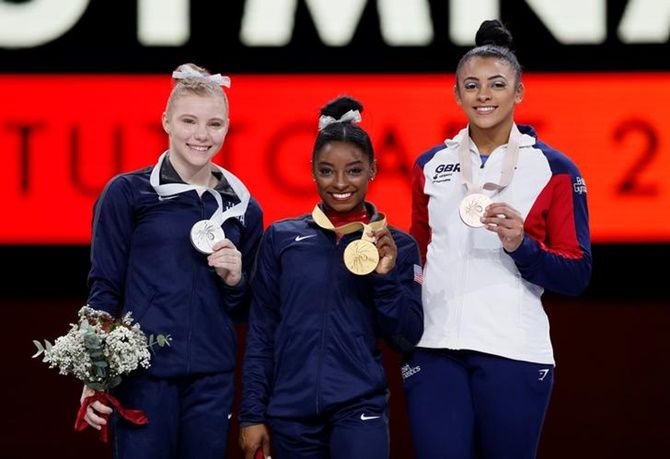 Biles arrived in Stuttgart as joint women’s record-holder on 20 medals with Svetlana Khorkina but broke the tie with the Americans’ fifth consecutive team gold on Tuesday before winning her fifth all-around title two days later.

She had the opportunity in Saturday’s asymmetric bars final to become the most decorated gymnast ever at the worlds but failed to repeat her silver-medal display from Doha last year and settled for fifth spot.

Nina Derwael of Belgium earned the gold by finishing 0.233 points ahead of second-placed Becky Downie of Britain, while 16-year-old American Sunisa Lee finished with bronze.

“This was such an incredible week,” the 19-year-old Derwael said.

“First qualifying for the Olympics with the team, that was our main goal here, and then the all-around final that went really, really good for me, and just now like ending with this high note, just it’s incredible.” 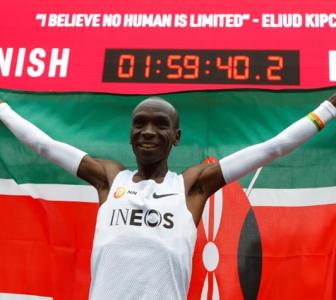 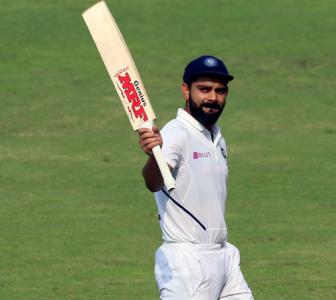 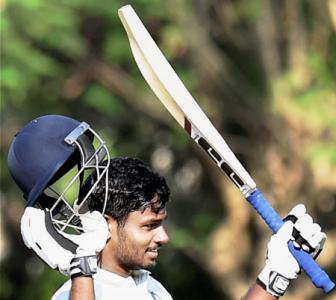 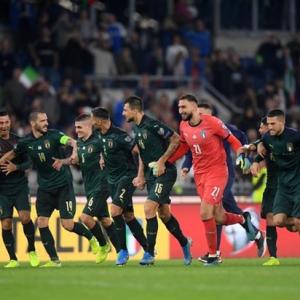