Bayern, who beat Egypt's Al Ahly in the semi-final on Monday, are eyeing their sixth title in less than nine months after winning all domestic and European trophies in 2020.

"FIFA can confirm that following the standard PCR test, FC Bayern Muenchen player Thomas Mueller has tested positive for COVID-19," it said in a statement.

"In line with the medical procedures in place at the FIFA Club World Cup 2020, the player has been placed in isolation and will be ineligible for today's final."

Mueller has been in sensational form this season, having scored 10 times in the Bundesliga and set up another 10 goals.

He is not the first Bayern player to be infected with the virus as Leon Goretzka and Javi Martinez have already been sidelined by it.

Paris St Germain forward Neymar will be sidelined for four weeks due to a groin injury, the French Ligue 1 club said on Thursday, ruling him out of next week's Champions League trip for their last-16, first leg against his former club Barcelona.

Neymar was injured in a challenge during PSG's 1-0 French Cup win at Ligue 2 side Caen on Wednesday and limped off to be replaced by Kylian Mbappe.

The 29-year-old Brazilian's availability for the return leg in Paris is also in doubt with the match scheduled for March 10.

Neymar scored three goals and provided four assists in PSG's run to the Champions League final last season, where they lost to Bayern Munich. He has six goals in the competition this season.

The Brazil international spent four seasons at Barcelona and scored 105 goals before making a world record 222 million euros ($269.51 million) move to PSG in 2017.

© Copyright 2021 Reuters Limited. All rights reserved. Republication or redistribution of Reuters content, including by framing or similar means, is expressly prohibited without the prior written consent of Reuters. Reuters shall not be liable for any errors or delays in the content, or for any actions taken in reliance thereon.
Related News: FIFA Club World, Thomas Mueller, Bayern, Neymar, PSG
SHARE THIS STORYCOMMENT
Print this article 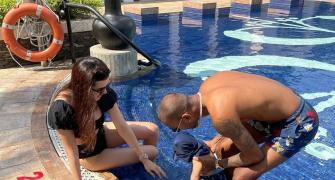 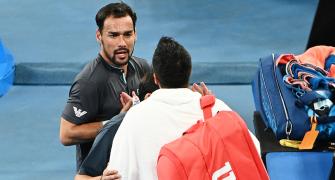 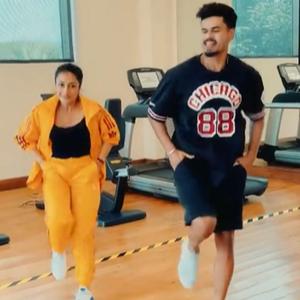