'Values, morals and sport have secured a victory today and a red card was raised at Israel through the cancellation of the game' 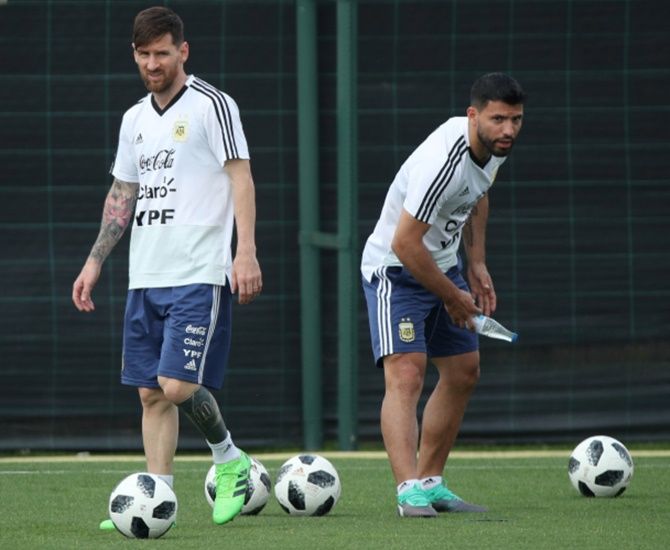 "They've finally done the right thing," Higuain said in an interview with ESPN, confirming reports the game had been cancelled.

The match at Jerusalem's Teddy Kollek Stadium was to be Argentina's last before they kick off their World Cup campaign in Russia on June 16.

There was no initial reaction from the Israeli FA or from Israeli politicians. Reports said that Israeli Prime Minister Benjamin Netanyahu had called Argentinian President Mauricio Macri to ask him to persuade the team not to cancel their visit.

Israel Radio quoted an unnamed diplomatic official who said the chances of salvaging the fixture were very slim.

Palestinians celebrated the cancellation. In Gaza, people cheered and in Ramallah in the West Bank, the Palestinian FA issued a statement thanking Messi and his colleagues for cancelling the game.

"The Palestinian FA thanks Argentina's players led by star Messi for refusing to be used to serve a non-sporting goal."

Palestinian FA chairman Jibril Rajoub said: “Values, morals and sport have secured a victory today and a red card was raised at Israel through the cancellation of the game.”

Rajoub called a news conference for Wednesday in Ramallah, which he will hold outside the Argentinian representative's office. On Sunday, he called for Palestinians to burn replica shirts and pictures of Messi.

The stadium that was to host the match is in west Jerusalem. The Palestinians want the eastern part of the city as the capital of a future state that will include the Gaza Strip and the Israeli-occupied West Bank.

However, the status of Jerusalem is highly sensitive. The match was originally slated to be played in Haifa but Israeli authorities contributed funding for it to be moved to Jerusalem, irking Palestinians further following U.S. President Donald Trump's recognition of the city as Israel's capital. The U.S. embassy was moved there last month.

The cancellation is just one more obstacle for Argentina, who were beaten finalists at the World Cup in Brazil four years ago and whose preparations have been troubled this time around.

They suffered a heavy defeat to Spain in a friendly and lost their first-choice goalkeeper to injury, giving little encouragement to fans who watched the team struggle to qualify for the tournament in Russia.

The twice World Cup winners face Iceland, Nigeria and Croatia in what is considered to be one of the hardest groups in the tournament.

Israel on Wednesday blamed Palestinian pressure for Argentina's cancellation of its World Cup warmup against Israel, a match that had been set for contested Jerusalem.

The Palestinians accused Israel of using the fixture and the participation of Barcelona ace Lionel Messi to underpin its disputed claim to Jerusalem, which US President Donald Trump recognised last year as Israel's capital in a break from international consensus.

© Copyright 2021 Reuters Limited. All rights reserved. Republication or redistribution of Reuters content, including by framing or similar means, is expressly prohibited without the prior written consent of Reuters. Reuters shall not be liable for any errors or delays in the content, or for any actions taken in reliance thereon.
Related News: Lionel Messi, Israel Radio, Argentina, FA, west Jerusalem
SHARE THIS STORYCOMMENT
Print this article 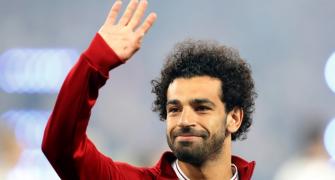 Here's why Egypt must not be too dependent on Salah...