IMAGE: The Indian men's archery team of Abhishek Verma, Aman Saini and Rajat Chauhan first took down USA in the quarter-finals before shocking South Korea in the semi-finals at the Archery World Cup Stage 2 on Wednesday. Photograph: Archery Association of India/Twitter

The Indian men's compound archery team produced stunning performances to shock World No.1 USA and powerhouse South Korea in the quarter-finals and semi-finals respectively, and assure itself a silver medal at the World Cup Stage 2 in Gwangju, South Korea, on Wednesday.

Abhishek Verma, Aman Saini and Rajat Chauhan rose above expectations to shock USA 234-228 in the quarter-finals before getting the better of South Korea in the shoot-off to seal their place in the title clash, where they will take on world no.4 France.

Later, the women's compound team of Avneet Kaur, Muskan Kirar and Priya Gurjar suffered a two-point defeat against South Korea in the semi-finals but defeated Turkey 232-231 to claim a bronze.

The biggest shocker came earlier in the day in the men's compound team event when the Indian trio of Abhishek, Aman and Rajat defeated USA in a one-sided quarter-final.

Continuing their giant-killing run, the Indians then bounced back from a two-point deficit at the halfway mark to oust the Korean trio of Kim Jongho, Choi Yonghee and Yang Jaewon in a shoot-off 233-233 (29-26) to advance into the final.

In the shoot-off, the top-seeded Koreans crumbled under pressure, shooting one in the outer red circle (7) as the Indians shot two Xs (closest to the centre) to confirm at least a silver.

India had begun their campaign with a 235-229 win over Italy in the round of 16 in the men's compound section.

In the women's compound team event, the Indians, who got a bye into the quarter-finals, started off defeating Chinese Taipei 228-226, lost to Korea 228-230 in the semi-finals. 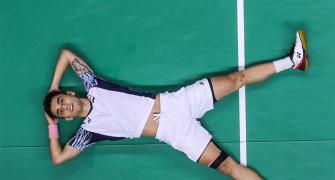 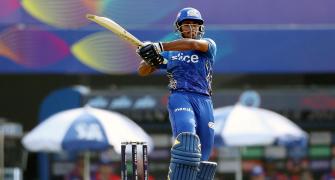 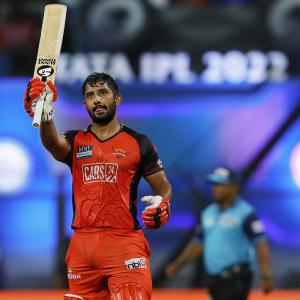 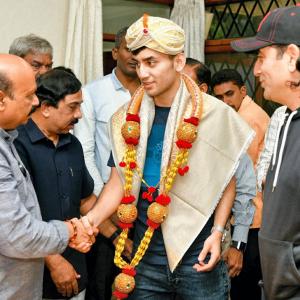