News
Business
Movies
Sports
Cricket
Get Ahead
Money Tips
Shopping
Sign in  |  Create a Rediffmail account
Rediff.com  » News » 'The nation must stand by a soldier who laid down his life' 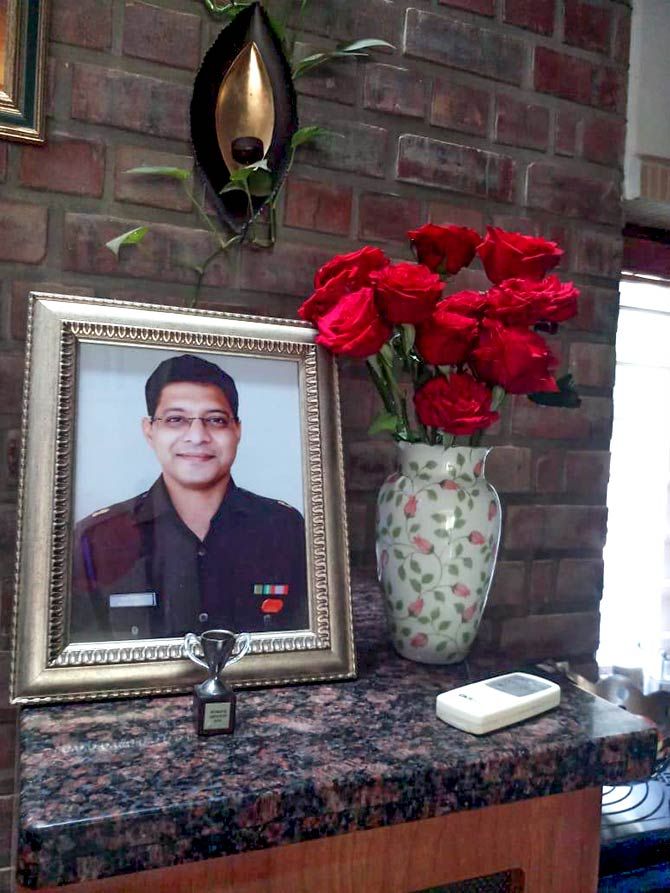 IMAGE: Every day flowers from the garden are plucked and placed before Major Akhsay Girish's photograph in his home in Bengaluru. All photographs kind courtesy Mrs Meghna Girish

"There is not a single day that Akshay's picture doesn't have a vase of fresh flowers."

"His presence is all around the house. It is very comforting. It gives me courage and keeps me going," says the mother of Major Akshay Girish who sacrificed his life fighting terrorists in Nagrota, Jammu and Kashmir, on November 29, 2016.

His valour that morning prevented the terrorists from taking women and children hostage in the officers's living quarters inside the cantonment.

Major Akshay was in the bathroom when he heard the first gunshots and instantly knew this was not a routine practice by the neighbouring artillery unit.

This was something sinister. 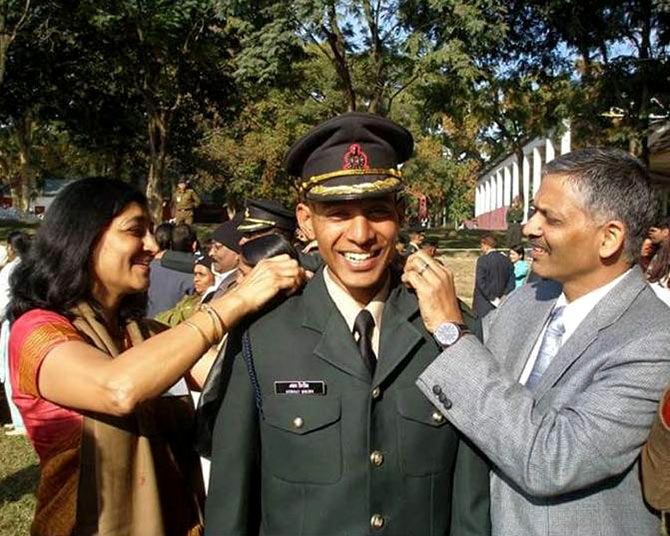 IMAGE: At the Passing out Parade at the Indian Military Academy, Dehradun. Major Akshay's father is a retired Indian Air Force pilot. His grandfather was in the army.

Just posted to the unit two months earlier, he quickly changed into his combat overalls and led the Quick Response Team that effectively countered the attack.

The three terrorists dressed as policemen had intended taking hostages and prolonging the siege. The attack, many believed, was a revenge for the surgical strikes conducted by Indian troops across the Line of Control in September 2016.

The terrorists had come armed with days of ammunition and food.

The quick and sustained response from the QRT team, bolstered by the Special Forces, eliminated the terrorists and ensured that the plans did not succeed.

Major Akshay took a volley of bullets; a grenade blew up his legs. His body could not be retrieved for some time because it would threaten the lives of other soldiers.

The 30-year-old officer -- father, husband, son and brother to his loving family -- gave up his life in the line of duty.

In ten days's time, he would have turned 31. IMAGE: Major Akshay was commissioned as an officer in the 51 Engineers, a regiment of the Bengal Sappers in 2007.

"My son was recommended for a chakra (gallantry) award, but wasn't given due recognition," Meghna Girish, daughter of an army officer and wife of a retired Indian Air Force officer, tells Rediff.com's Archana Masih.

"My family and the unit have through the army system asked why wasn't he duly recognised, but no corrective action happened."

Mrs Girish sought out Defence Minister Nirmala Sitharaman's e-mail from the minister's Twitter handle and wrote to her.

The minister responded and met Mrs Girish in November.

"The raksha mantri was kind enough to meet me and listen to all my concerns," says Mrs Girish.

On January 3, the minister announced that a committee has been constituted to look into the supreme sacrifice made by Major Akshay Girish.

Mrs Girish herself deposed before the commission on January 3; and clarifies that the panel is not to probe the death, but to look into the operational response of the counter terror attack that her son lead.

She adds that it would not be correct to disclose what she told the court of inquiry since the probe is still going on.

"I have no idea where the review is headed; even we are anguished because 26th January came and went."

Major Akshay's name did not feature in the list of gallantry awards this year.

"He was a soldier who gave his life to save many other lives; who put only his country first; who went way beyond the call of duty because it was not even his own unit but a neighbouring unit that was attacked; who was the first one to take responsibility; who got there on time to prevent a huge tragedy to the army and country."

"We expect that the nation stand by him. Why should there be any oversight?" asks Mrs Girish, her voice unwavering and outlined with immense grace. 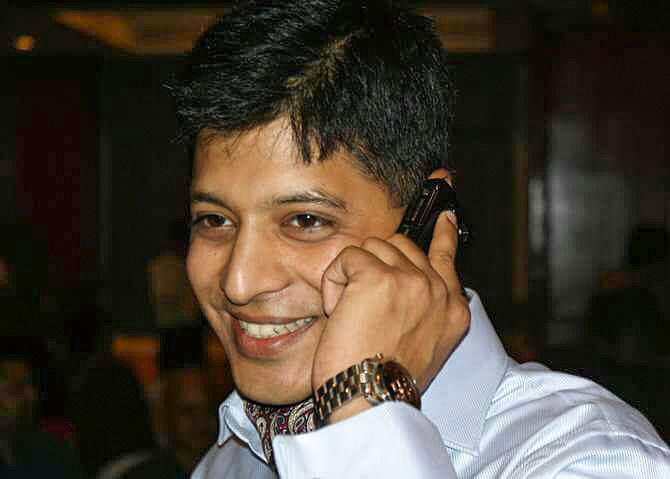 IMAGE: His only aim as a young boy was to join the armed forces.

Mrs Girish and her husband traveled to meet the families of the other two martyrs that sacrificed their lives that day -- Major Kunal Gosavi from Maharashtra and Naik Chittranjan Debbarma from Agartala, who was Major Akshay's buddy.

In the past two years, the couple has met the families of many martyrs.

"We are strangers and the only common thing is our loss. There is a bonding that we have lost a loved one in similar circumstances and for a greater cause for the country."

"But when we talk, we realise how similar they were. Martyrs who show exemplary courage and leadership, all of them are passionate about getting into the armed forces. They all are sensitive and brave," she explains. IMAGE: The family has framed his uniform and given it pride of place in the home.

They were shocked beyond belief when they found Major Akshay's spectacles on the ground exactly where his body was recovered!

"These are moments that throw you logic, rational thoughts, practicality out of the window," says Mrs Girish.

Almost 50 teams had visited the site and collected every shred of evidence. The mud had been dug up to pick up grenades, bullet shrapnel that were embedded. The overgrowth of foliage had been cut, but these glasses had just lain there -- undetected.

"Earlier when they had given us his identity card, wallet, his phone was burnt in the blast, my daughter-in-law had said the only thing we haven't got are the glasses."

"The person who finds it is my son-in-law on his birthday. I don't know what to make of it. I am not overtly religious, but there was a message -- as if he was waiting for us to come and see where he fought and how he went."

"A reminder that some questions have no answer." 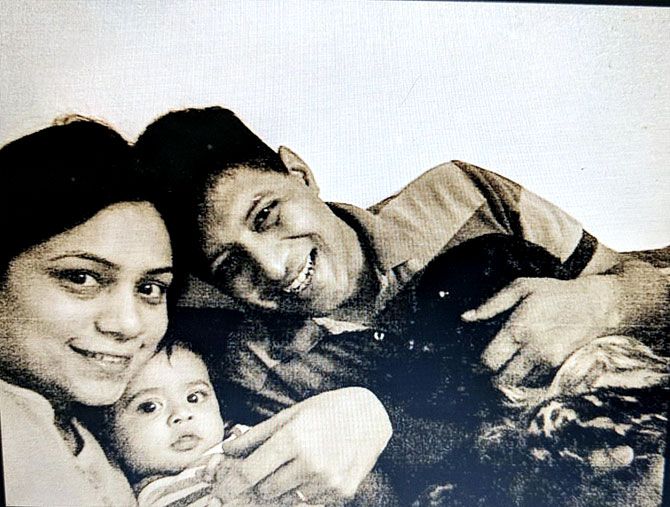 IMAGE: Major Akshay with his wife Sangeeta and daughter Naina. He had taught his daughter to say 'Jai Hind'!

As they deal with their grief, the loss has changed the family's outlook to life. It has made them want to give back to society, to the nation.

They have set up a foundation in Major Akshay's name where they conduct workshops.

"Akshay did so much. It can't be for no purpose. It can't just end with him. If he would have lived, he would have done so much more, touched so many lives and contributed to the country."

"Even if he is not there, we have to continue. It gives us a little purpose." 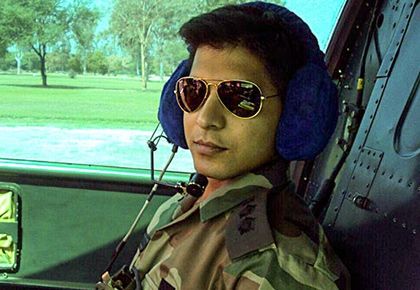 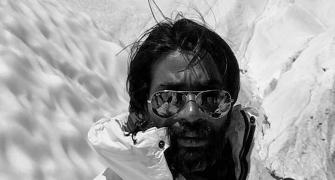 How the surgical strikes were planned 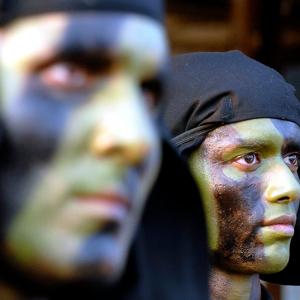