Amidst the morose and grim environment of the second wave of the coronavirus pandemic there has come a rainbow in the form of a book, a biography of an iconic Indian military personality; many may perceive it as late in coming. It is being released on Tuesday, April 20, 2021.

Indeed a little late but yet most welcome because without a biography of General Tapeshwar Narain Raina, Padma Bhushan, Mahavir Chakra, the ninth chief of the Indian Army, the annals of post-Independence Indian military history did appear incomplete.

It has been written by Brigadier Satish Issar (retd) of the Kumaon Regiment, who was military assistant to General Raina during his tenure as army chief from June 1, 1975 to May 31, 1978.

Why am I quasi reviewing this book, if at all? This is actually not a review as I have not even fully read the book.

What I am doing is making the national environment aware of some of the nuances of an iconic Indian military leader whose contributions to the nation should be more widely known.

Actually it is quite an honour to write something from memory about a contemporary of my parents and a colleague of my father for whom I continued to hear only praise, well before I thought of joining the Indian Army.

Many moons ago Majors T N Rania and Mahdi Hasnain were posted at the Infantry School, Mhow; it was 1951.

They belonged to the two elite regiments of hill men from Uttarkhand, the Kumaon Regiment and the Garhwal Rifles respectively.

Their wives were great friends and their first born later together went to Sherwood College, Nainital.

As the book highlights, General 'Tappy' Raina was born into a middle class Kashmiri Brahmin family and went on to being commissioned into the 1/19 Hyderabad Regiment (later 1 Kumaon).

The period from commissioning to his appointment as army chief, and the three year tenure in that appointment at the age of 54 is captured in the biography.

It gives the reader an idea of the general's sheer physical courage, value system, inner personal discipline, a very hard exterior based on demands of discipline and an extremely soft heart when it came to human needs and welfare of his subordinates.

He was wounded early in service, in Iraq, where he lost an eye in operations, but never allowed that to come in the way of his professional responsibilities.

His photograph hardly betrays the fact that he had only one functional eye.

His rise through the ranks appears on the outside as an ideal career, but a deeper peep into the travails that he went through to achieve what he did, are an eye opener.

On achieving the select rank of lieutenant colonel he was already considered one of the shining stars of the Indian Army having commanded his unit, 14 Kumaon, with aplomb achieving very high training, sports and leadership standards.

He was then selected for out of turn promotion to rank of brigadier and the command of 114 Infantry Brigade in Ladakh in August 1962, an area which was coming under strategic gaze due to the Chinese claims and aggressive posturing.

Readers will enjoy the description of the terrain and the various operational activities of the brigade in 1962 in the very same area where almost 50,000 troops are deployed today, with most landmarks well known to the public.

From Chushul, General Raina commanded his brigade which was responsible for the defence of Eastern Ladakh.

The two flanks of Spanggur, Sirijap and Rezangla, gave the Chinese a bloody nose.

Major Shaitan Singh was decorated with the Paramvir Chakra posthumously.

It is one of the rarest of operations where two units of the same brigade won Paramvir Chakras for their actions.

The general, then a brigadier, was decorated with the Mahavir Chakra.

Readers would be fascinated to know that Brigadier Raina received an out of turn promotion to the rank of major general and assumed command of one of the most challenging sectors of the LoC; 25 Infantry Division in Rajouri, on January 10, 1966, the very day the Tashkent Declaration was signed.

It was left to him to oversee the give and take that went on at the LoC in the wake of our withdrawal from Haji Pir and the Pakistani withdrawal from Akhnur; by no means an easy task on as infirm a border as the LoC.

25 Infantry Division formed a part of 15 Corps which at that time had its headquarters at Udhampur.

General Raina was then posted as the chief of staff HQ 15 Corps before he went on to become the deputy adjutant general at Army HQ.

That is when our families were neighbours. His son Jyoti Narayan Raina (fondly called Joe from his Sherwood days) had just been commissioned into 14 Kumaon, his father's unit.

General Raina may be called fortunate because the Indian Army gave him opportunity at all senior ranks to undertake operational responsibility; a soldier's dream.

In 1971 he was promoted to lieutenant general and tasked to raise 2 Corps which was launched into operations within six months, into erstwhile East Pakistan, with 4 and 9 Infantry Divisions forming a part of it.

Even before the war was over it was evident that India was not strong enough in the Western theatre and there was an urgent need to move resources from East to West to obviate any crisis.

2 Corps was the first of these, deploying to take over a part of the 11 Corps Zone in Punjab and North Rajasthan.

Remember the Indian political and military leadership was wary of Punjab and the necessity to deter any Pakistani ambitious maneuver which could lay us low; the experience of 1965 was yet fresh.

General Raina experienced the operational environment of both the eastern and western theatre.

He was elevated to army commander Western Command and shortly thereafter became the army chief in 1975 at the age of 54.

There are three issues which can be considered as major achievements of General Raina's tenure as army chief which lasted till mid 1978.

The first of them was the decision to move all regimental centres (these are training and administrative institutions of each regiment) from towns and cities nearer the borders with Pakistan, to locations deeper inside India and replacing these with fighting formations and units.

To give an example, the regimental centre of the Grenadiers moved from Nasirabad (near Ajmer) to Jabalpur and a formation took its place.

Similarly 5-6 such institutions moved from Meerut to Fatehgarh, Ramgarh and Faizabad making way for the fighting formations now located at Meerut.

The second of his major achievements was the setting up of the experts committee to research, study and recommend the management of India's military security till the turn of the century.

Two future army chiefs were given the responsibility.

My unit had the honour of organising the security and the conduct in the Barmer sector; little did we know that history was in the making.

The recommendations of the committee went far in giving clarity to many a future commander.

The raising of the re-organised Army Plains Infantry Division or RAPID, in 1986 and several other measures under General Sundarji gave an impetus to the mechanisation of the IndianArmy.

The preliminary research and trial through large scale exercises was all initiated under General Raina.

The third and perhaps the most significant achievement which the Indian Army of today must respect in letter and spirit was the manner in which General Raina stood up to then prime minister Indira Gandhi's expectations regarding the use of the Indian Army to enforce the Emergency of 1975-1977.

It was a difficult call and he stood by what was expected of him.

Due to his forbearance and courage the Indian Army maintained its best traditions of remaining apolitical; something it has remained to the day.

A word from him and the Indian Army could well have gone the Pakistan army way, but it was the value system, the regimentation and the essential discipline which ensured that it remained the professional force it always was and will be.

General Raina had married his wife Ninette four years after meeting her during his service in the then French Indo-China (now Vietnam), post the surrender of Japanese to the Allied forces in August 1945; the marriage was in early 1949.

They had two children: Joe the elder one and a daughter Annie who was such a talented musician.

Joe too was a member of the Sherwood choir besides being a mountaineer.

It was tragic that young Captain Joe Raina met an untimely end in a road accident at Jalandhar even before General Raina became the army chief.

It perhaps robbed the couple of the pleasure of having achieved so much in their togetherness.

General Raina himself lived less than two years after his retirement, breathing his last while as India's high commissioner to Canada in May 1980.

The tragedy of Joe's untimely death was a very heavy burden for a man who combined the virtues of being a military professional and a family man, almost perfectly. 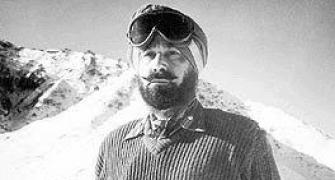 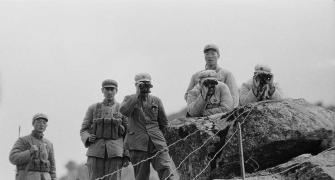 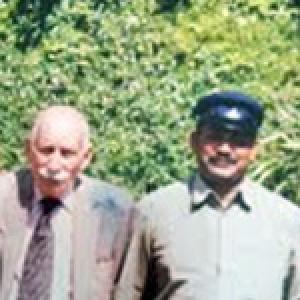 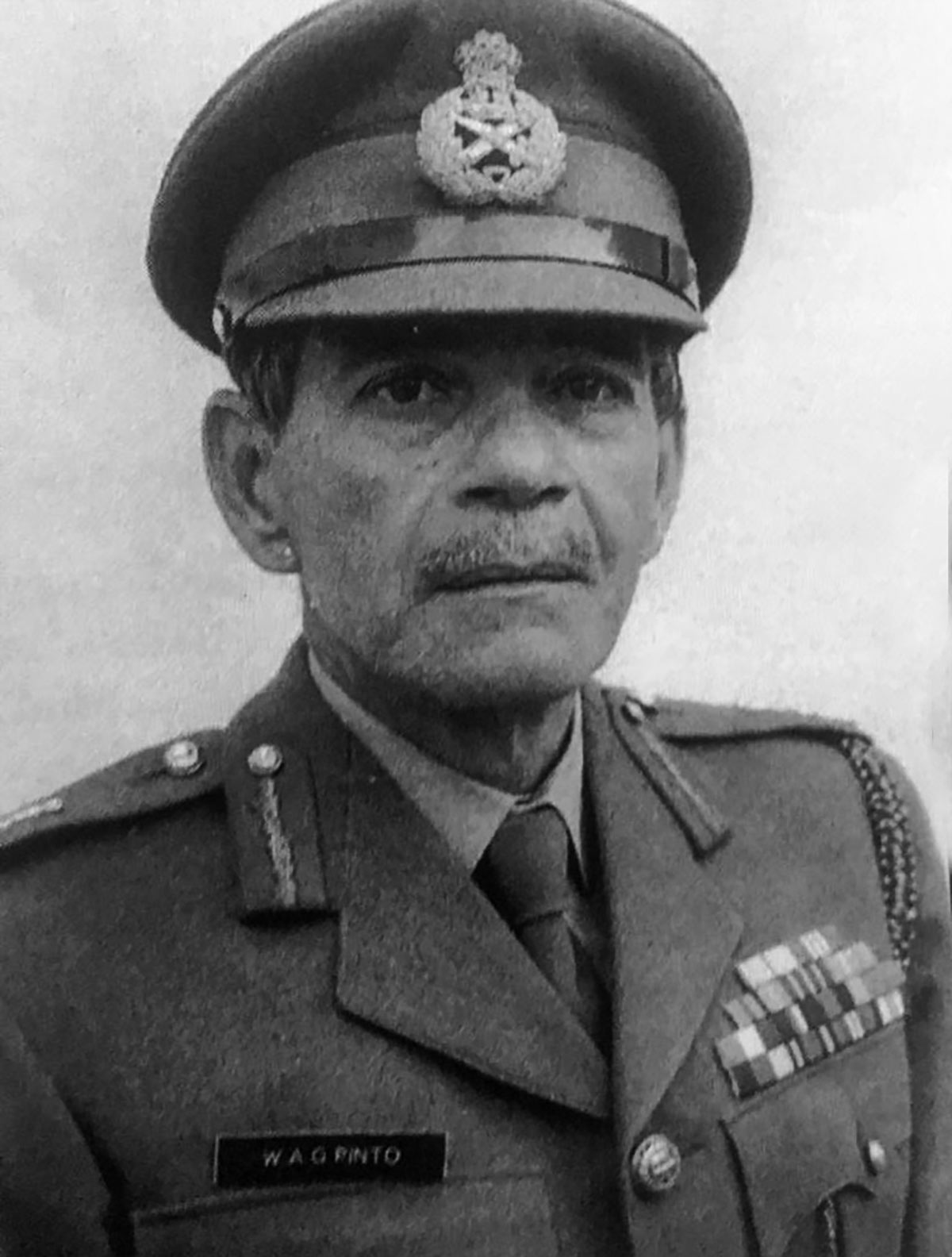