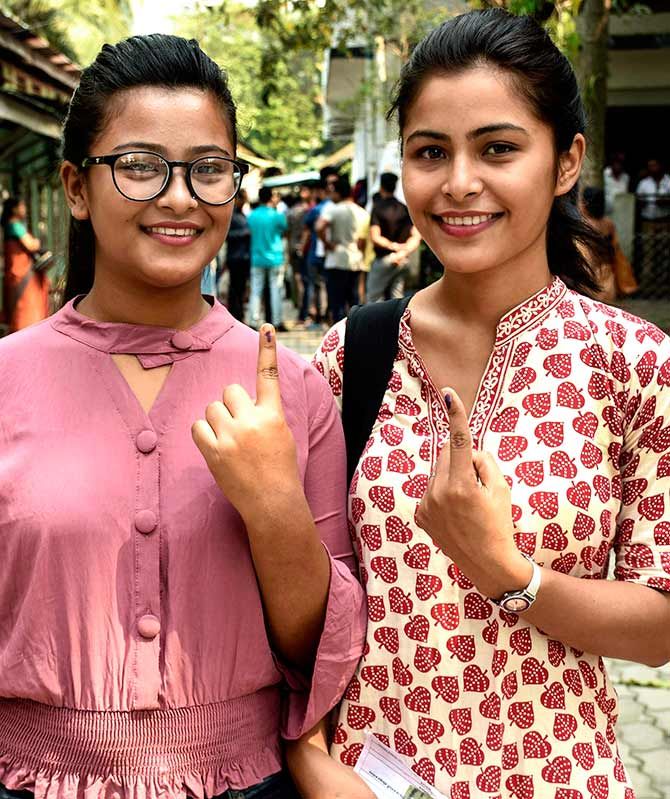 IMAGE: First time voters show their inked marked finger after casting their vote, during the third phase of the 2019 Lok Sabha election, at a polling station in Guwahati, April 23, 2019. Photograph: PTI photo

71 Lok Sabha constituencies will go to the polls in the fourth phase of the Lok Sabha election.

Want to predict the outcome of the Lok Sabha election in the states that vote on Monday, April 29, 2019? 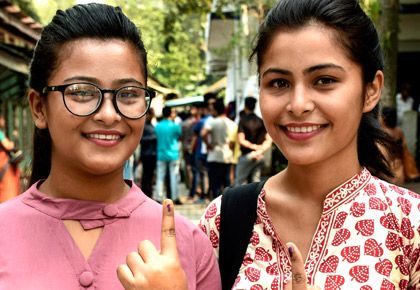 Predict who will win Phase 1 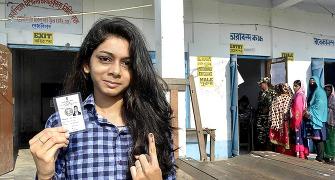 Predict who will win Phase 2 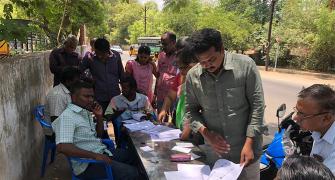 Predict who will win Phase 3