Sign in  |  Create a Rediffmail account
Rediff.com  » News » Ties will suffer if no peace on border: Dr Singh to China PM 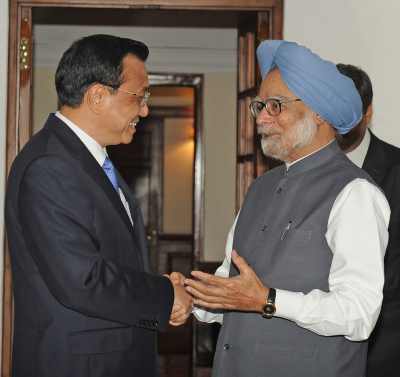 In a firm message to China, Prime Minister Manmohan Singh on Sunday night voiced India's serious concern over the recent Chinese incursion in Ladakh and told his counterpart Li Keqiang that in the absence of peace and tranquility along the border, bilateral ties will suffer as the two leaders held hour-long cordial but candid talks.

Fifty-seven-year-old Li, on his first foreign trip since becoming prime minister two months ago, met Dr Singh at his official 7 Racecourse residence along with select number of aides from both sides when they exchanged views on the contentious boundary dispute, trans-border rivers and trade deficit.

Given that the meeting took place about a month after a 19 km deep incursion by the Chinese troops in Depsang valley in Ladakh, which was resolved only two weeks ago, the focus was on the standoff there and Dr Singh conveyed India's serious concerns over the breach of status quo by China.

He emphasised that maintaining peace and tranquility along the Line of Actual Control was essential for good bilateral ties, a point with which Li agreed. 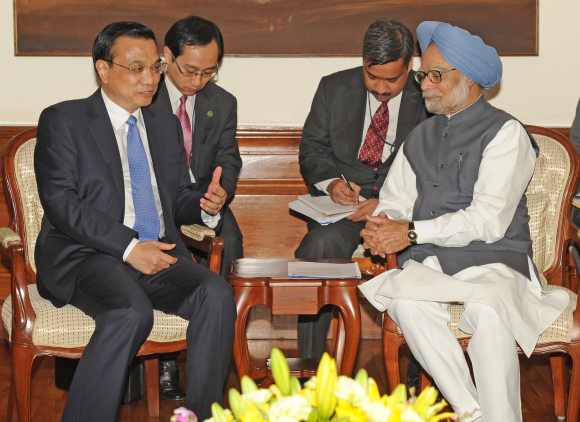 Dr Singh also raised "upfront" other issues of priority interest, including concerns on water flows of trans border rivers, especially in view of construction of three additional dams approved by China on Brahmaputra river. India has been pressing China to have either a water commission or an inter-governmental dialogue to deal with water issues as under the current expert kevel mechanism, the two countries only share hydrological information.

"The prime minister articulated views in constructive but firm manner," sources said, adding that stage is now set for the longer format of talks on Monday.

India has been pressing for clarification and confirmation on the LAC in the India-China border areas pending the final settlement.

Noting that in the agreements worked out in 1993 and 1996 there were clarifications on the differing perceptions on LAC and exchanges on it, official sources earlier said somehow in later years, this went off the table from the Chinese side, probably because there was a sense that it may be taken as a default boundary. Meanwhile, a border defence cooperation agreement proposed by China is also being discussed, the sources said. 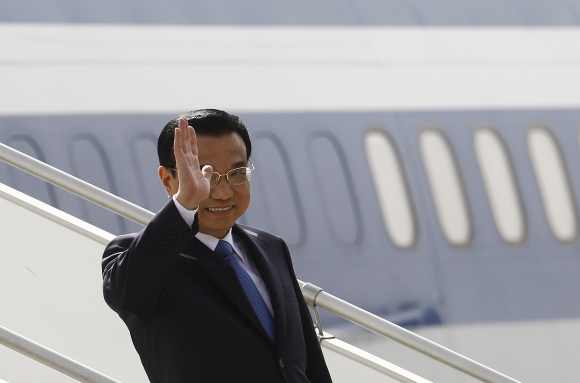 Image: Li Keqiang waves upon his arrival at the airport in New Delhi
Photographs: Adnan Abidi/Reuters

The PM also stressed the need to address the trade deficit, which was highly in favour of China. India has been pressing China for access to the Chinese market.

India faces a growing trade deficit viz a vis China. By end 2011, India's trade deficit was $27 billion. According to Chinese trade figures released in January 2013, the figure rose to $29 billion by 2012.

Apart from trade, India is also the largest market for project exports from China.

Li, accompanied by a senior-level delegation comprising government officials and businessmen, arrived around 3 pm and was received by Minister of State for External Affairs E Ahamed and senior ministry officials including Mathai. 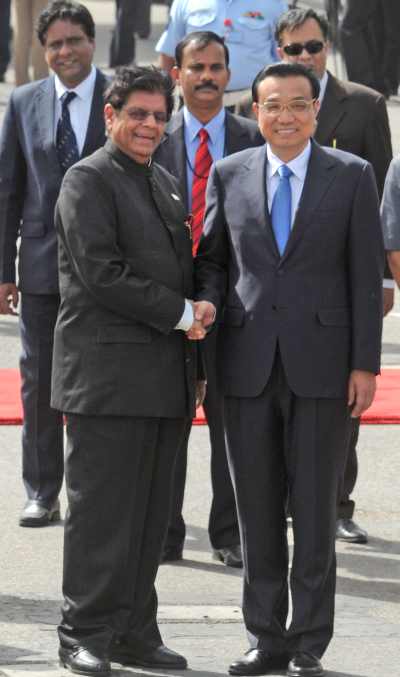 Image: Li Keqiang being received by the Minister of State for External Affairs E Ahamed on his arrival, at Air Force Station, Palam, in New Delhi
Photographs: Press Information Bureau

China and India are friendly neighbours linked by mountains and rivers, said the Chinese premier, hailing the development of bilateral relations since the two countries established diplomatic ties in 1950.

In the 21st century, political exchanges between the two countries are getting more frequent and practical cooperation is expanding, Li said.

Nowadays, both China and India are speeding up their development, making steady efforts to boost their economy and improve people's lives, and sharing deepening convergence of interests, he added.

Li said that it serves the fundamental interests of the two countries and their people and is a blessing to Asia and the world at large that China and India co-exist peacefully, maintain friendly relations and work together to realise national rejuvenation. He also said that China regarded India as an important partner and friend, adding, "I am looking forward to exchanging views with Indian leaders on bilateral ties and regional and global issues of common concern."

Ahead of his visit, Li had said the fond memories from the visit, which he made 27 years back, also made him choose India for his first overseas visit.

On Monday, Singh and Li, accompanied by high-level delegations, will hold comprehensive talks on key bilateral, international and regional issues.