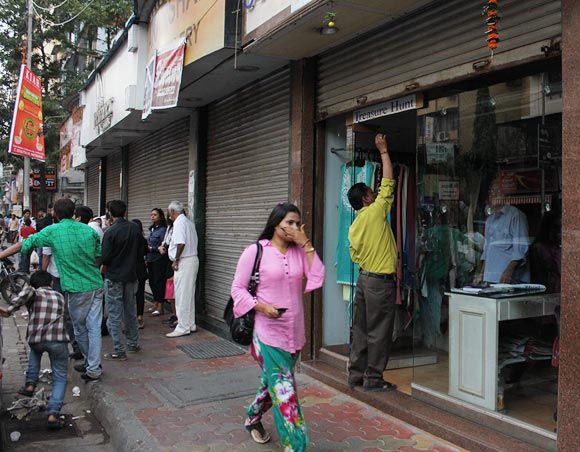 With Shiv Sena supremo Bal Thackeray's body being taken to Shivaji Park in central Mumbai for last rites, the city wore a deserted look as taxis as autorickshaws and private vehicles remained off the roads and shops and other commercial establishments chose to down their shutters.

Even as people thronged to catch a glimpse of the Sena patriarch and pay homage to him, shops, restaurants, hotels, theatres, malls and other commercial establishments remained shut and private vehicles, taxis, autorickshaws remained off the roads.

Medical shops in the city as well as in neighbouring Thane were also closed.

Citizens also found it difficult to get milk and vegetables. "We did not get milk this morning and even the vegetable market is shut. I have never come across such silence in the city in my life ever," said Rama Arolla (50), a housewife from BDD chawl in Worli area. 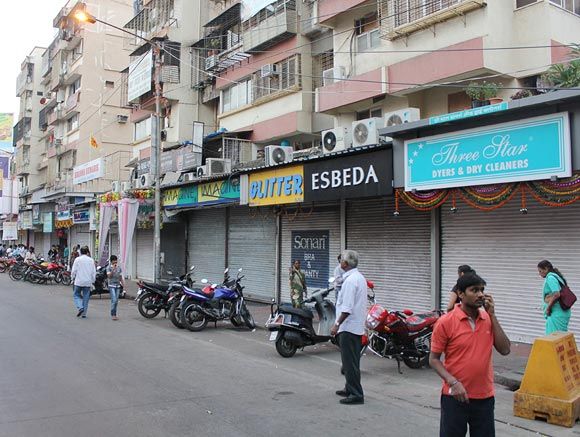 About 20,000 police personnel are keeping a strict vigil in the metropolis to maintain law and order. "No violence has been reported in the city so far," a police officer said.

"Nobody has been asked to shut their shops or malls. Everybody closed their shops voluntarily. Autorickshaws and taxis also voluntarily stopped plying on the roads," the officer added.

Except civic body's BEST buses and suburban railways, no transport is available for the commuters. 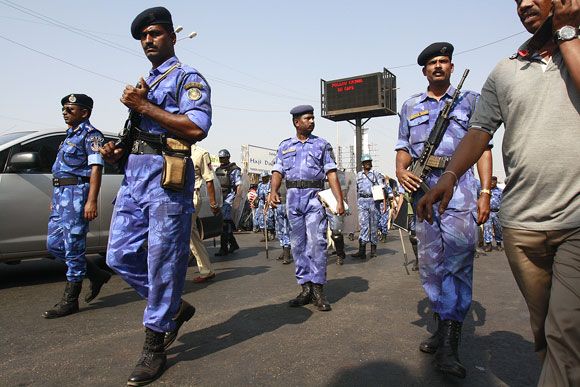 While the entire state has been put on alert, in Mumbai alone, over 20,000 city police, 15 companies of the State Reserve Police Force and three contingents of Rapid Action Force have been deployed.

"I appeal to people to remain calm and maintain law and order. Citizens should step out of the houses only if it is urgent." City Police Commissioner Satyapal Singh said.

Appropriate arrangements have been made at the Shivaji Park, where VIPs are also expected to reach to pay homage, Singh added.