Describing Xi Jinping as the 'architect' of the People's Liberation Army's recent aggressive moves against India, a leading United States magazine has reported that the Chinese President has risked his future with the high-profile incursions into Indian territory that 'unexpectedly flopped' in the face of ferocious fightback by the Indian Army. IMAGE: Chinese President Xi Jinping during an event at the Great Hall of the People in Beijing. Photograph: Carlos Garcia Rawlins/Reuters

Xi, 67, already roiling the Communist Party with a 'rectification' campaign and mass persecution of foes, will launch 'another brutal purge' following the Chinese army's failures on the Indian border, the Newsweek said in an opinion piece.

'Unfortunately for Xi, he is the 'architect' of these aggressive moves into India and his People's Liberation Army (PLA) has unexpectedly flopped. The Chinese army's failures on the Indian border will have consequences,' it said, adding that the recent developments give Xi an excuse to pick up the pace of replacing adversaries in the armed forces with loyal elements.

'More important, the failures motivate China's aggressive ruler- who as chairman of the Party's Central Military Commission, is the leader of the People's Liberation Army (PLA) and the ruling Communist Party of China - to launch another offensive against Indian positions,' the magazine warned.

Tensions escalated manifold along the LAC in eastern Ladakh after the Galwan Valley clashes on June 15 in which 20 Indian Army personnel were killed. The Chinese side also suffered casualties but it is yet to give out the details.

'China is thought to have suffered at least 43 deaths in the Galwan clash,' the magazine said.

Citing Cleo Paskal of the Foundation for Defence of Democracies, it said the number of Chinese killed could exceed 60.

'Indian troops fought back ferociously. Beijing won't admit the extent of the debacle,' it said.

It said that late last month, for the first time in a half-century, India carried out an offensive against China, taking back high ground the Chinese recently grabbed.

'China's subsequent efforts to counter the Indian moves proved ineffective. At least for the moment, India's troops, in the southernmost of the three areas of conflict, are in control of territory once in Chinese hands,' it added.

It said the PLA Ground Force can move against undefended targets. However, it is not clear how effective it is in battle.

'The Ground Force does not have a track record of success in contested situations. Its last major engagement was in 1979 when, in the effort to 'teach Vietnam a lesson', the Chinese troops were repelled and humiliated by their much smaller neighbour,' the magazine noted.

'India is not giving the invaders the opportunity to improve,' it said, adding that India's troops are displaying 'newfound boldness'.

'The game has changed,' Paskal said.

'The setback in the Himalayas poses problems for Xi, which means it poses a problem for everyone else,' it added.

It said that in China's highly politicised system, the setbacks in Ladakh cannot be perceived as Xi's fault, so he will almost surely purge elements of the military.

The Indian Army and the PLA have been locked in a tense standoff in multiple areas along the LAC in eastern Ladakh since early May.

Following fresh confrontation around the southern bank of the Pangong lake, India further bolstered its military presence in the region by sending additional troops, battle tanks and other weaponry.

Amidst the very tense situation in eastern Ladakh, India and China reached an agreement to resolve their border row at a meeting between External Affairs Minister S Jaishankar and his Chinese counterpart Wang Yi in Moscow on September 10 on the sidelines of a Shanghai Cooperation Organisation (SCO) meet.

It also mentioned that the two sides should expedite work to conclude 'new confidence building measures' to enhance peace and tranquillity in the border areas. 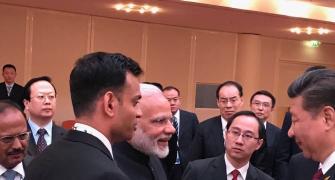 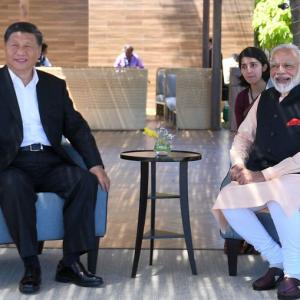