News
Business
Movies
Sports
Cricket
Get Ahead
Money Tips
Shopping
Sign in  |  Create a Rediffmail account
Rediff.com  » News » How India can kick China out of Ladakh

For both India and China, the most likely option -- and the most challenging -- appears to be a freezing of the status quo
Ajai Shukla reports. 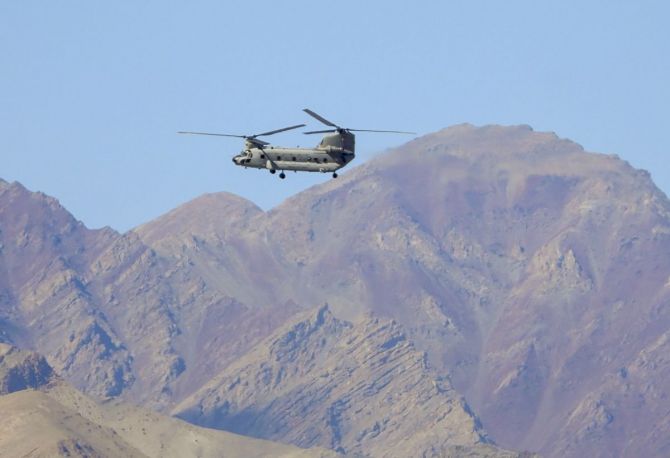 Chief of Defence Staff General Bipin Rawat became the first senior military commander to state that if dialogue does not persuade Beijing to withdraw its troops from Indian territory in Ladakh, a military option remained on the table.

Both the prime minister and the defence minister have indicated this before.

Yet, General Rawat's blunt statement constitutes a clear military warning that India was ready for armed conflict if the People's Liberation Army did not withdraw to the positions of April 2020.

If the Indian military were left with no choice but to make good General Rawat's threat, it would have three broad options.

Either, as the army appears to be preparing for at present, Indian units would occupy blocking positions opposite the Chinese (with an agreed 'buffer zone' separating troops in some areas) and wait out the intruders through a winter deployment.

The second option would be to capture un-held, or lightly held, Chinese territory that could be exchanged at the negotiating table for Indian territory occupied by the Chinese.

The third, and most provocative, course of action would be to frontally attack PLA positions on the Indian side of the Line of Actual Control and physically evict the intruders.

The Indian military knows that the inaction of the preceding three months has given the PLA the time needed to build strong defences, bring forward supporting weaponry such as artillery guns and tanks, stockpile ammunition and ready reinforcements and reserves for the eventuality of all-out fighting.

In a similar situation in 1999, in Kargil, when Pakistani soldiers occupied Indian territory, India attacked without undue delay.

In Ladakh, however, the government's denials of any loss of territory have prevented resolute decision-making.

Indian military planners also know that in Kargil, Pakistan had to distance itself from the intruders, who had violated the Simla Agreement and a mutually agreed Line of Control.

In Ladakh, however, Beijing is operating in a grey zone and a frontier that has never been delineated.

It has claimed full ownership of the territory and would treat Indian attacks as acts of war.

It can be expected to react with sharply escalated violence, occupy additional areas on the Indian side and, possibly, induce Pakistan to heat up the LoC and the insurgency in Kashmir.

That is reason to rule out the frontal attack option.

In case China chooses further aggression, planners are examining the army's deployment deficiencies and how to compensate for them.

A key weakness stems from India's deployment philosophy since 1986, which is based on blocking large-scale Chinese invasions into Central and Southern Ladakh by occupying dominating defensive positions on the Ladakh and Kailash ranges.

However, the area ahead of this defensive line, up to the LAC (which varies between 10 and 60 km), is lightly held.

This is mostly the responsibility of the Indo-Tibetan Border Police, which sends out patrols from its forward bases to the LAC to assert Indian ownership.

The army has observed that this forward zone is vulnerable to Chinese encroachment.

Another three army brigades -- about 15,000 soldiers -- would be needed to add steel to the forward zone.

While troops from three-four Indian divisions have already beefed up defences in Ladakh, another three armoured brigades are quickly needed to counter the PLA build-up of about 35,000 troops on the LAC and to create a real threat of an Indian offensive into Aksai Chin against the strategic Tibet-Xinjiang G-219 highway -- a major PLA sensitivity.

The tactic of forcing a Chinese withdrawal from one LAC sector by creating an intrusion into another was effectively demonstrated in the summer of 2013, when Indian troops forced the pull-back of a Chinese intrusion in Depsang by an Indian counter-intrusion in the Chumar sector.

Central to achieving this are Special Forces, para-commandos and high-altitude scouts -- shock troops that undertake special operations on the Chinese flanks or in their rear, while regular infantry mans the defensive line.

New Delhi would also weigh the employment of seven battalions of the Special Frontier Force, paratroopers recruited from the Tibetan refugee community in India.

Trained and equipped for operations behind Chinese lines, these troops, once inside Tibet, would live off the land, dependent for food and shelter on a restive Tibetan populace that is intensely hostile to the Chinese.

Any stirring up of the Kashmir insurgency by China, or by Pakistan at its behest, would see the Special Frontier Force being launched into action immediately.

For both India and China, the most likely option -- and the most challenging -- appears to be a freezing of the status quo, with troops from both sides remaining deployed through the winter in a hostile LAC, very different from what is conceived in the Peace and Tranquillity Agreement of 1993 and the Confidence Building Measures of 1996.

This would be to China's advantage, since it can commit many more troops and border guards to an active LAC than India can, which already has six-seven divisions manning a hyper-active LoC with Pakistan.

Besides that, much of India's theatre and central reserve would be sucked into this deployment, creating the requirement for even more personnel in a military that is already grappling with the need to cut down on manpower costs.

An active LAC would also add to the already heavy load on the army's logistics establishment, which is hard pressed every year to complete 'winter stocking', or the air-dropping of food, ammunition and supplies to forward posts before they get cut off by weather and snowfall.

The additional troops deployed in Ladakh since May have already increased demands; a full-scale winter deployment would add to that.

On the Chinese side, in contrast, the network of roads and tracks creates far less demand for air supply and replenishment.

Even so, the Chinese have less experience in manning high-altitude pickets than the Indian Army and would go through a potentially painful learning curve, with costs in men and material. 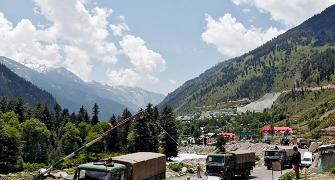 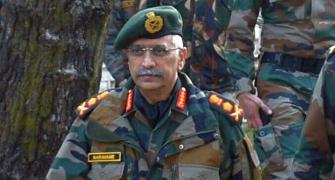 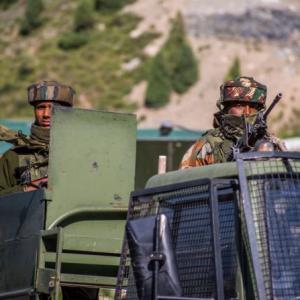