With repeal of farm laws, BJP hopes to recover lost ground in Punjab, UP

As the campaign for the upcoming assembly polls gathers pace, Prime Minister Narendra Modi's decision to announce the repeal of the three farm laws underlines the ruling Bharatiya Janata Party's imperative to make amends and infuse a fresh momentum in its political drive, especially in efforts to retain its dominance in Uttar Pradesh. 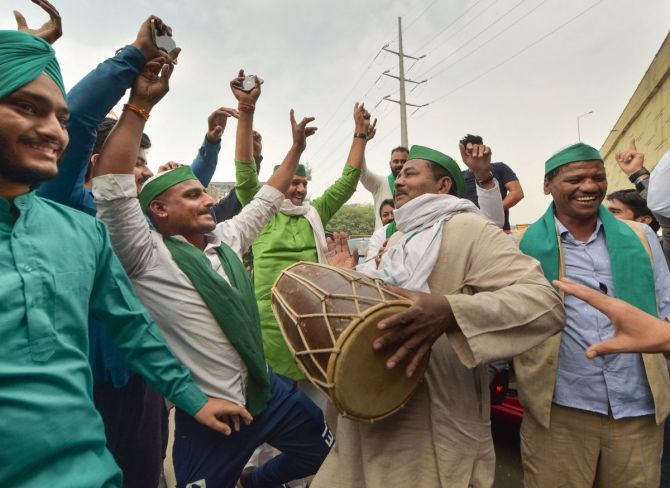 BJP leaders said that the decision also shows the party's genuine efforts to win over the Sikhs, who joined by sections of Jat farmers in Haryana and western Uttar Pradesh have been in the vanguard of the over-a-year-long protests against these laws, in the border state of Punjab where the party and former chief minister Amarinder Singh have highlighted security concerns and alleged attempts by pro-Khalistan elements and Pakistan to fuel disaffection.

That Modi made the announcement on the birth anniversary of Sikhism founder Guru Nanak, one of the holiest days in the Sikh calendar, quoted their last Guru Gobind Singh to stress on his intention to do good work and referred to the happy development of the reopening of Kartarpur Sahib corridor are a pointer to this.

While the party will hope to make a fresh political start in Punjab in an expected alliance with Singh, who has been urging the government to take measures to end the protests, its stakes are the highest in Uttar Pradesh where it had won an unprecedented 312 seats in the 403-member assembly in 2017.

With sections of Jats seemingly angry with the BJP and even several Jat leaders of the party admitting to slide in their fortunes in the western UP, where the community is concentrated, the region was seen as a roadblock in its efforts to repeat its 2017 show in the upcoming polls, more so as the Samajwadi Party had joined hands with the Rashtriya Lok Dal to pose a united challenge.

Adding to it has been the grouse of sugarcane farmers over relatively low returns on their produce.

The killing of eight people, including farmers, in Lakhimapur in Uttar Pradesh last month had added to the BJP's woes as the opposition and farmer unions had alleged the role of Union minister Ajay Misra 'Teni', whose son remains under arrest in the case.

The decision to roll back the farm laws will go a long way in placating the community, which had backed the saffron party wholeheartedly in the 2014 and 2019 Lok Sabha polls besides the 2017 assembly polls, and may queer the opposition's pitch for forging a social alliance of Jats and several smaller communities with Muslims, another numerically strong group in the region, against the BJP, its leaders hope.

However, a Rashtriya Lok Dal leader claimed that the farm laws' repeal will embolden the opposition and drive home the message of unity against the BJP, as the decision shows the government can be made to bend by popular protests.

The BJP had lost its traditional ally Shiromani Akali Dal following the farm bills' passage in Parliament in September last year and was facing increasing marginalisation in the Sikh-majority state of Punjab.

Its leaders routinely faced protests in the state and, to a lesser extent, in Haryana as well where Jats made a common cause with Sikh farmers against the laws which they alleged will leave them to the mercy of market forces and dismantle government support systems like mandis and Minimum Support Price mechanism, a charge repeatedly denied by the government.

With the laws now set to be buried, the BJP hopes to recover lost ground in Punjah with its likely new partner Singh.

Besides Punjab and Uttar Pradesh, Goa, Uttarakhand and Manipur are also headed to the polls early next year but these protests have had little impact in other states. 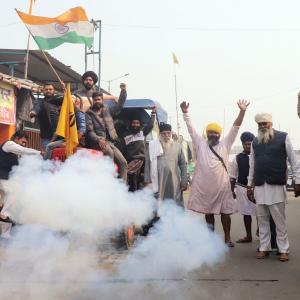