The novel coronavirus toll rose to 7,200 with 271 more deaths and the number of infections climbed to 2,56,611 in India on Monday after a record single-day spike of 9,983 cases, the health ministry said in its revised data. 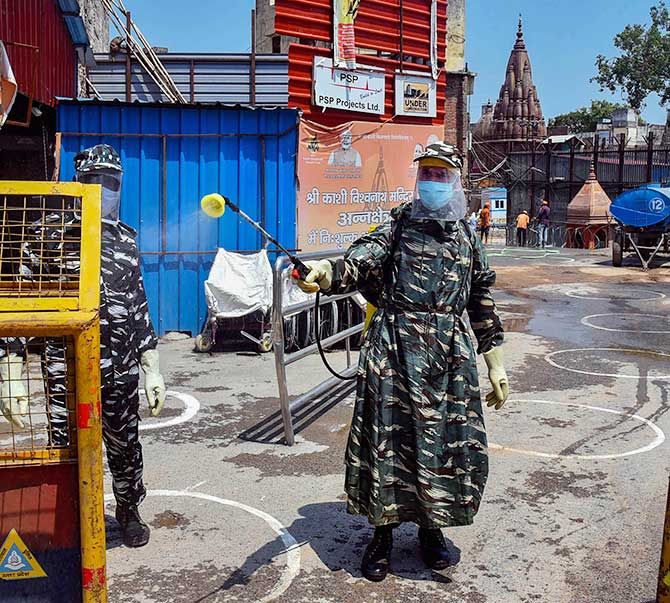 The country has been registering over 9,000 cases of the coronavirus disease for the fifth day in a row.

There are 1,24,981 active cases while 1,24,429 people have recovered and one patient has migrated, the ministry said in its updated data at 8 am.

The health ministry has revised the figures of death and cases for Delhi and Telangana.

Of the 271 more deaths, 91 were in Maharashtra, 51 in Delhi, 30 in Gujarat, 18 each in Tamil Nadu and Uttar Pradesh, 14 in Telangana, 13 each in West Bengal and Madhya Pradesh, nine in Rajasthan, four in Haryana, two each in Andhra Pradesh, Karnataka, Jammu and Kashmir and Uttarakhand, and one each in Odisha and Punjab. 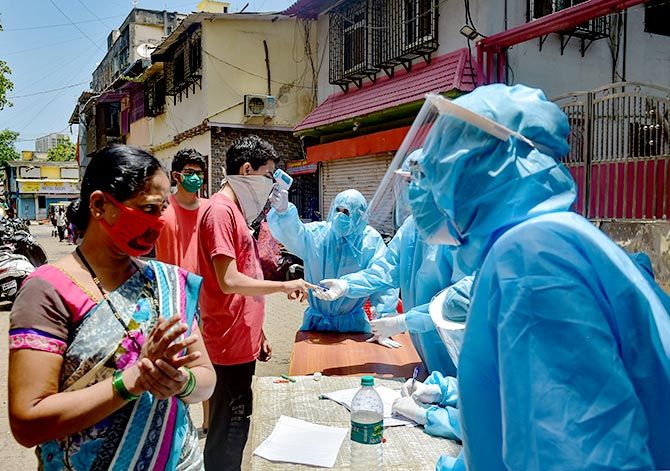 India is the fifth worst-hit nation by the COVID-19 pandemic after the United States, Brazil, Russia and the United Kingdom, according to the Johns Hopkins University data.

The death toll reached 75 in Andhra Pradesh, 61 in Karnataka and 51 in Punjab.

Jammu and Kashmir has reported 41 fatalities due to the coronavirus disease, while 30 deaths have been reported from Bihar, 28 from Haryana, 15 from Kerala, 13 from Uttarakhand, nine from Odisha and seven from Jharkhand. 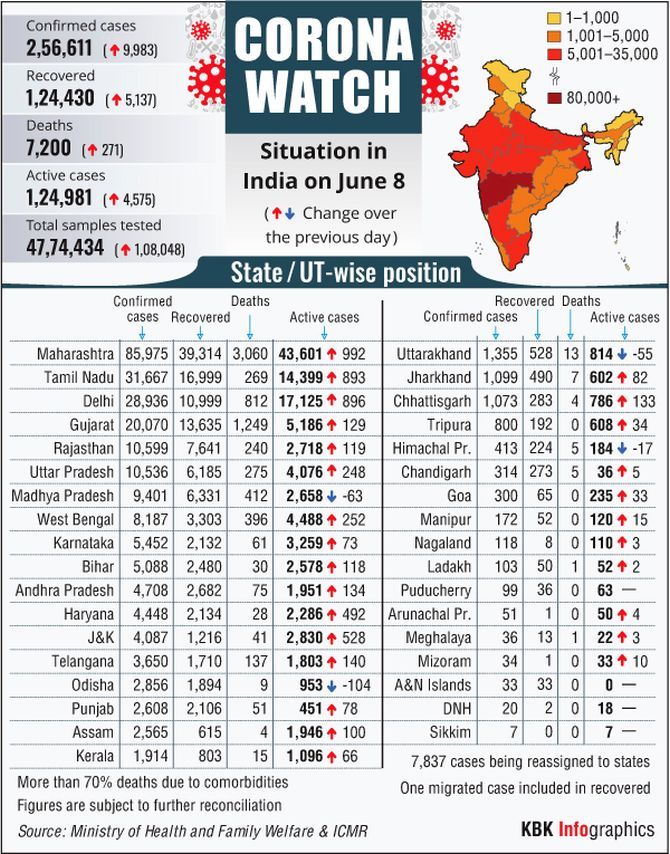 Himachal Pradesh and Chandigarh have registered five COVID-19 fatalities each and Assam and Chhattisgarh have recorded four deaths each so far.

Meghalaya and Ladakh have reported one COVID-19 fatality each, according to ministry data. 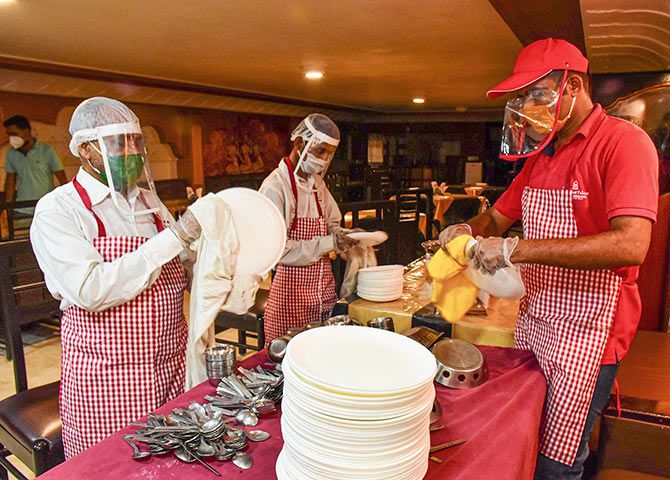 IMAGE: Restaurant workers sanitize their crockery ahead of its reopening at Rasal Chowk in Jabalpur. Photograph: PTI Photo

Punjab has reported 2,608 novel coronavirus cases so far while Assam has 2,565 cases. A total of 1,914 people have been infected by the virus in Kerala and 1,355 in Uttarakhand.

Ladakh has 103 COVID-19 cases, Puducherry has 99 cases, Arunachal Pradesh has 51 cases, Meghalaya 36 cases, Mizoram has 34 cases while Andaman and Nicobar Islands has registered 33 infections so far. 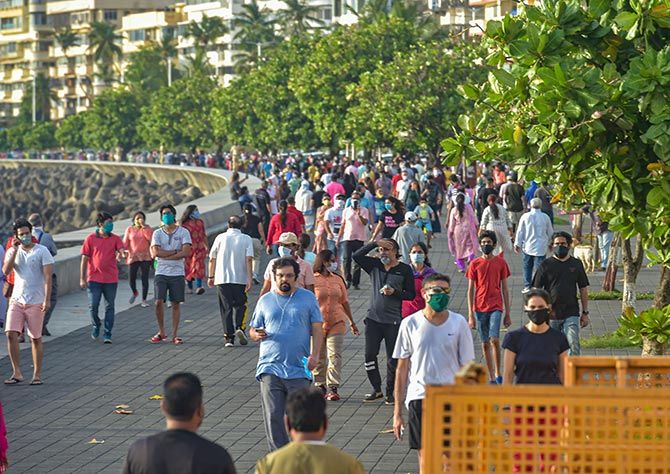 Dadar and Nagar Haveli has 20 cases while Sikkim has reported seven cases till now.

The ministry's website said that 7,837 cases are being reassigned to states and "our figures are being reconciled with the ICMR". 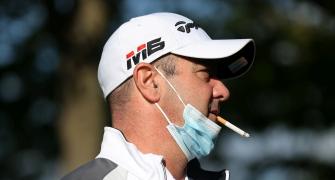 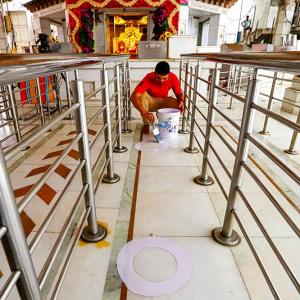