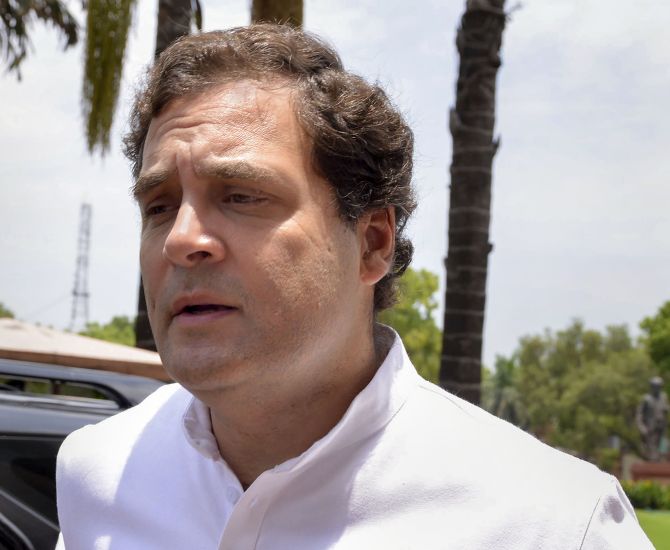 A day after publicly announcing his resignation as Congress president, Rahul Gandhi on Thursday said he will engage in the 'ideological fight' with the Bharatiya Janata Party and the Rashtriya Swayamsevak Sangh with 10 times more vigour than he did during the last five years.

Gandhi was speaking to reporters after appearing in a Mumbai court in a defamation case filed by an RSS worker.

"I am with the poor, farmers and labourers. This fight (against BJP and RSS) will continue," he said.

Gandhi described the fight as a fight of ideology. "I will continue the fight with 10 times more vigour than I did during the last five years," he said.

"Aakraman ho raha hai, maza aa raha hai (the attack is on and I am enjoying," Gandhi said.

He did not elaborate, saying he had said "whatever he had to say" in the four-page resignation letter he made public on Wednesday.