Why risks, costs of China's BRI projects in Pak are soaring

A surge in the deadly attacks by Baloch separatists in Pakistan has sent the risks and costs of China's ambitious Belt and Road projects soaring while Beijing's interests at the strategic Gwadar port on the Arabia Sea were caught up in the proxy war between Islamabad and Tehran, according to a media report. 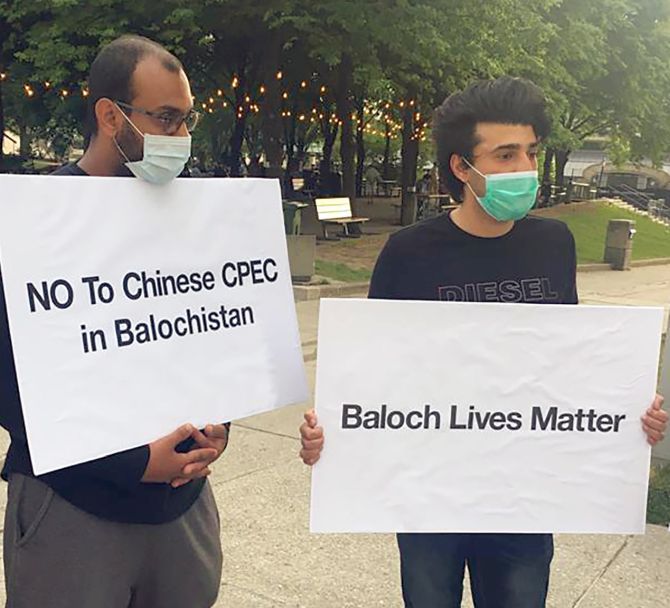 Security risks and costs of the $60 billion China-Pakistan Economic Corridor are rising amid a resurgence of the deadly attacks by separatists in the troubled Balochistan province, home to the Chinese-operated port of Gwadar, a report in Hong Kong-based South China Morning Post said.

The Belt and Road Initiative aims to link Southeast Asia, Central Asia, the Gulf region, Africa and Europe with a network of land and sea route.

The CPEC is the flagship project of President Xi Jinping's ambitious BRI.

In the third such attack since May, militants opened fire on a patrolling paramilitary convoy in Panjgur district on Tuesday, killing three soldiers and wounding eight others, including an army colonel.

Militant ethnic Baloch factions have also recently expanded their range of operations to adjoining Sindh province and its provincial capital Karachi, according to the report.

Beijing's stakes in Sindh are as high as they are in Balochistan, it said.

China's state-owned enterprises run container terminals at Karachi port and have invested in nuclear and coal power projects established both under the umbrella of the CPEC and in partnership with local corporations, it said.

On June 29, four militants were killed by police commandos when they tried to shoot their way into the Karachi Stock Exchange, which is 40 per cent owned by a consortium of three Chinese bourses.

“Baloch groups have not only intensified their attacks but also expanded the outreach of their terrorist violence beyond Balochistan, but it is hard to predict whether this trend will persist,” Mohammad Amir Rana, director of the Pakistan Institute for Peace Studies, an Islamabad-based think tank, told the Post.

He said Baloch insurgent factions had historically preferred to conduct low-intensity attacks, while their high-intensity attacks had tended to come in waves lasting “only for a few weeks”.

“Only low-intensity attacks have been reported around the CPEC project sites, but the financial cost of the security [to Pakistan] is high,” he said.

Beijing's political risks are also escalating because of a renewed wave of public anger in many parts of Balochistan against human rights abuses by Pakistani troops deployed to crush the low-intensity insurgency in the province, the report said.

In a subsequent interview with the BBC's Urdu-language service, Mengal said more than 1,500 Baloch had “disappeared” since Prime Minister Khan took office in 2018 and claimed that he had personally secured the release of nearly 500 people from the custody of the security forces.

Because of the political and security situation in Balochistan, China's CPEC investments in the province have hitherto been limited to the development of the Gwadar Port and a road linking it to the coastal highway to Karachi.

The port is not yet fully operational and only recently handled its Afghan transhipment cargo. The city continues to suffer severe power and water shortages, the report said.

Also, Chinese geopolitical interests at Gwadar, the Arabian Sea outlet of the corridor running overland from Xinjiang, have become caught up in a web of espionage and proxy warfare involving Pakistan and Iran, it said.

Both have accused each other of allying with each other's nemeses, India and Saudi Arabia respectively, to support cross-border attacks, it said.

Iran is highly suspicious of Pakistan and its relationship with arch-rival Saudi Arabia, especially since Riyadh was invited in late 2018 to establish a USD 10 billion oil refinery and storage facility at Gwadar.

“The Iranians feel that Pakistan is not doing enough to secure the border on its side,” said Seyed Mohammed Marandi, a professor of English literature and oriental studies at the University of Tehran and renowned political commentator.

“A lot of Saudi money has gone to extremist groups in this region and the Saudis have funded these [Jaish ul-Adl] terrorists,” he told the Post.

Similarly, Pakistan is deeply concerned about India's involvement at Iran's Chabahar Port, which is competing with Gwadar for transit cargoes heading to landlocked Afghanistan.

Politicians have warned that popular resentment towards federal government policies in Balochistan is dangerously close to igniting a wider uprising, it said.

Journalist Kiyya Baloch said Chinese security concerns would continue to drag on the pace at which CPEC projects in Gwadar have been developed.

“Despite increasing diplomatic engagement, it is highly unlikely Beijing will make any significant further investment in Gwadar until security is improved,” Baloch said. 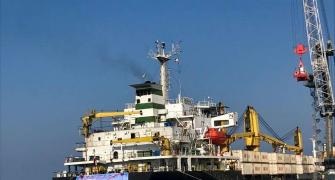