The Dawn of Karachi reported on February 25, that the government of Prime Minister Yousef Raza Gilani has reportedly decided against extending the tenure of Lieutenant General Ahmed Shuja Pasha, who has been the Director General of the Inter-Services Intelligence Directorate since October,2008, says security expert B Raman.

According to it, he may reportedly be transferred to the Strategic Plans Division as its head.

Pasha reached the age of superannuation in March last year. On the recommendation of Gen Ashfaq Pervez Kayani, the Chief of the Army Staff, Gilani, who is the appointing authority of all intelligence chiefs, granted him one year's extension in service as well as in his tenure as the DG of the ISI.

When he was appointed as the ISI chief in succession to the controversial Lt Gen Nadeem Taj, who was distrusted by the Central Intelligence Agency which suspected him of being the brain behind the explosion outside the Indian Embassy in Kabul and the 26/11 terrorist strikes in Mumbai, Pasha had the unique advantage of enjoying the confidence of his Army chief, the elected civilian government and the United States.

After his extension, his image has taken a beating due to the unilateral  US raid in Abbottabad on May 2,2011, which led to the killing of Osama bin Laden, the subsequent Memogate scandal relating to a Memo allegedly passed on by Mansoor Ijaz, a US citizen of Pakistani origin, to Admiral Mike Mullen, then chairman of the US Joint Chiefs of Staff, at the alleged instance of Hussain Haqqani, then Pakistani ambassador to the US, seeking US intervention to prevent a feared coup by Kayani, and a serious disruption of military-military and intelligence-intelligence relations between the US and Pakistan.

This was following an alleged US/ North Atlantic Treaty Organisation raid on a Pakistani border post in the last week of November in which many Pakistani military and para-military personnel were killed.

There has been an undeclared cold war between the military and intelligence services of the two countries since the last week of November resulting in a disruption of exchanges of visits, meetings at senior levels, and NATO logistic supplies to Afghanistan through Pakistani territory.

There have been reliable indications that the elected civilian leadership -- particularly President Asif Ali Zardari -- has been unhappy over the turn for the worse in the bilateral relations, but has been unable to override the objections of the Army and the ISI to a premature mending of the relations with the US.

So long as Pasha is the head of the ISI, in view of his total identification with the post-May 2011 policies of Kayani, a reversal of the downslide in the relations with the US is unlikely. But the exit of Pasha from the post of DG of the ISI might provide the civilian leadership with an opportunity to appoint a successor who can try to reverse the downslide.

The appointing authority for the post of the DG, ISI, is the prime minister. Though the PM generally appoints an Army officer recommended by the COAS, there have been three instances in the past when an elected PM had appointed someone to whom the COAS was opposed.

\These were retired Major-Gen. Shamshur Rehman Kallue, who was recalled from retirement by Former Prime Minister Benazir Bhutto in 1989 and appointed as the DG of the ISI, Lt.Gen.Javed Nasir and Lt Gen Ziauddin, who were appointed by Nawaz Sharif during his first and second tenures as Prime Minister respectively.

Piqued by these appointments, the Army boycotted Kallue, Nasir and Ziauddin, thereby reducing their effectiveness and increasing the importance of the Directors-General of Military Intelligence, who were relied upon by the COAS for carrying out his orders.

The Dawn has also reported as follows : "In what may come as a surprising development, the government may appoint a non-military official or a retired military officer as the new chief of the ISI. At least four senior military officers, including the Corps Commander Lahore Lieutenant General Rashid, Corps Commander Karachi Lieutenant General Zaheer-ul-Islam, Deputy Director General ISI Major General Asfandyar Pataudi and the incumbent DG Military Intelligence Major General Noshad Kayani are also being considered for the slot to be vacated by Pasha."

Last year, after the Abbottabad raid, there was speculation in Pakistan that Maj-Gen Pataudi may replace Pasha as the ISI chief, but this did not happen. Pataudi will still be an attractive candidate for the US and the Pakistani civilian leadership because of his reputation as a liberal and clean officer, but he is still only a Major-Gen and may have to be promoted as Lt General, superseding his seniors before he can take over as the DG,ISI.

Moreover, Kayani may not like his being preferred to others who are known to be close to him. Sections of the Pakistani media had speculated last year that he was related to the Nawab of Pataudi family in India. If this is correct, it is doubtful whether the Army would want someone with links to India as the ISI chief.

It is very doubtful whether the civilian leadership would appoint a civilian to this post. It could provoke the Army and add to the confrontation between the civilian leadership and the Army. Since there is a precedent of a retired Army officer enjoying the confidence of the elected leadership being recalled and asked to take over as the DG,ISI, one should not rule this out.

Among names of retired officers that come to mind are Lt.Gen Asad Durrani, who was the DG of the ISI during Nawaz Sharif's first tenure as the Prime Minister, and Maj-Gen Mahmud Ali Durrani, former Ambassador to the US before Haqqani.

Asad Durrani was close to Nawaz, but had subsequently ingratiated himself with Benazir Bhutto. He is presently very active in the Track-2 circles trying for a dialogue between India and Pakistan.

When Gilani took over as the Prime Minister in 2008, he appointed Mahmud Ali Durrani as his National Security Adviser, but he was removed following a controversy over his confirming in public that Ajmal Kasab, the sole survivor of the Lashkar-e-Tayiba group that carried out terrorist strikes in Mumbai on 26/11, was a Pakistani national.

Despite his unceremonious exit, he maintains good relations with Zardari, the US and serving Army officers who are supporters of Pervez Musharraf. He had played an active role in bringing about an understanding between Musharraf and Benazir which led to her return from political exile in October, 2007.

Among other retired officers with an intelligence background known to Zardari are Lt-Gen Javed Ashraf Qazi and Lt-Gen Naseem Rana, both of whom had headed the ISI during Benazir's second tenure as the Prime Minister. Lt-Gen. Qazi is now a member of the Pakistan Muslim League (Qaide Azam) and represents it in the Senate.

That might rule him out from consideration. Rana is from the Signal Corps and was not known as a heavy weight. His chances should, therefore, be low.
B Raman
Related News: ISI, Pasha, Army Staff, US Joint Chiefs of Staff, United States
Print this article
Army HQ restructuring gets under way 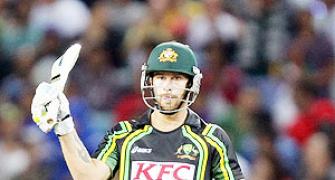 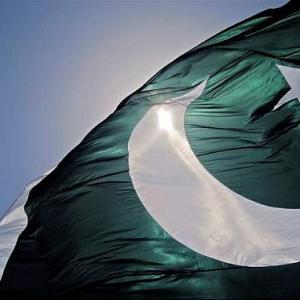 Danger to Pakistan has been averted 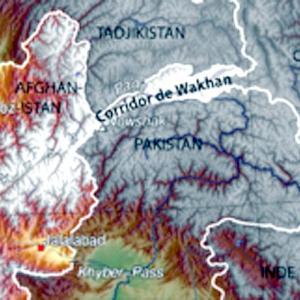 In PHOTOS: The region India can no longer IGNORE