Who is Anarul Hossain, TMC leader held in Birbhum killings?

"Look at his house, do you expect a mason to reach there?" asked a man, pointing towards the three-storied building in Rampurhat town that belongs to Anarul Hossain -- the Trinamool Congress leader who was arrested in connection with the Birbhum killings that sent shockwaves across West Bengal. 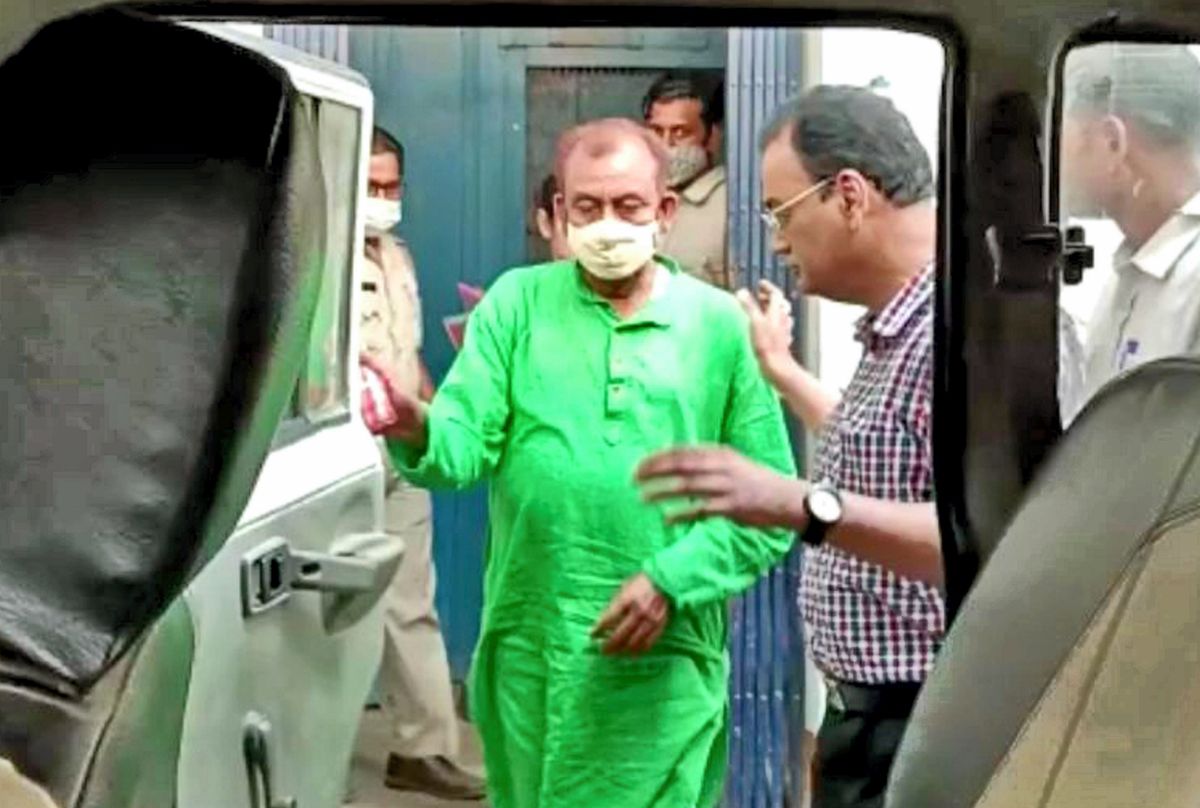 IMAGE: Primary suspect of  Boktui massacre and TMC leader Anarul Hossain being produced in court for his alleged involvement in the Bogtui massacre. Photograph: PTI Photo

To some Hossain is a messiah, but for many his rise from a construction worker to being "king without a crown" of the area is a reality built on dubious grounds.

Such they claim was his power that none including the local police dared to touch him.

"I have seen him since my childhood. He used to help his father in construction work and then started working as a mason himself. But, he always wanted to achieve something," Hossain's childhood friend Swapan Mondal told PTI.

"He got involved in politics when he joined the Congress," said Mondal, who now runs a shop selling fish food in Ramrampur village beside Hossain's house.

Hossain, the then TMC president of Rampurhat-1 block, was arrested on Thursday on the direction of Chief Minister Mamata Banerjee for allegedly stopping the police from entering the Bogtui village when eight people were being burnt to death.

Kartik Mondal, who runs a nursery in the area, said Hossain's story of rags to riches lies on corruption and misdoings over many years.

"Look at his house. Do you expect a mason to reach there? He accumulated this much power and wealth in less than two decades. You cannot do it through honest means," he said.

Mondal alleged that Hossain, who is in his late 50s, grabbed his land to build the house that towers over the measly hutments in the area.

Hossain is known to be "very close" to local MLA Asish Banerjee, the deputy speaker of the state assembly.

He has been with the TMC since the initial days and over the period of time proved himself to be a "good organiser", said a district party leader.

"His rise has been phenomenal after the party came to power in 2011. He runs the local syndicate which is involved in extortion from local businesses and also involved in illegal mining of sand," alleged the leader, who did not want to be named.

However, things changed after the 2019 Lok Sabha elections.

"Anubrata did not want Anarul as the block president and sought for his removal. But, his proximity to Ashis Banerjee helped him retain the chair," the party leader said.

Hossain's family, however, claimed that he was a victim of a conspiracy as many were jealous of him.

"My father did no wrong. His only mistake was that he followed instructions of people and did what they wanted," Hossain's daughter Mumtaz Begum told PTI.

BJP's district president Subhas Chowdhury said that there are "several such Anaruls" in Birbhum who have become 'Bahubalis' during TMC's rule.

"Like Anarul, others also work under MLA Ashish Banerjee. They control the police and the mafias involved in sand mining. Anarul's rise is under him, and corruption is synonymous with him," he told PTI.

Syed Siraj Jimmi, who replaced Hossain as the TMC block president after his arrest, said, "Look, we are in the same party. I cannot speak anything as my party doesn't allow me to do that."

Hossain is at present in police custody after being arrested from the temple town of Tarapith within hours of the chief minister's direction when she visited Bogtui.

The CBI has taken over the probe into the case following the order of the Calcutta High Court.

The charred bodies of six women and two children were recovered on Tuesday in Bogtui after nearly a dozen houses were set ablaze in suspected retribution for the murder of the local TMC-controlled panchayat's upapradhan Bhadu Sheikh. 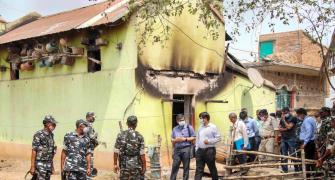 Birbhum killings: 'What will happen when cops leave' 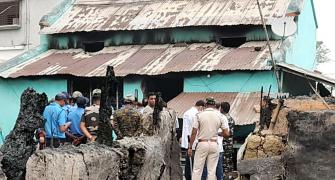 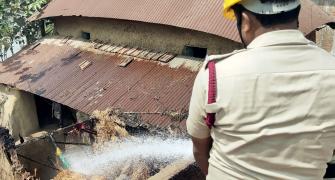 Birbhum arson: Villagers flee due to lack of security 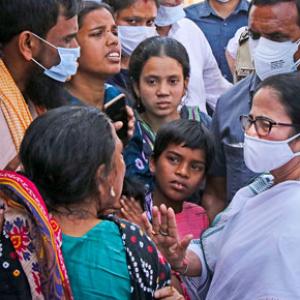 Will There Be Justice For The Families? 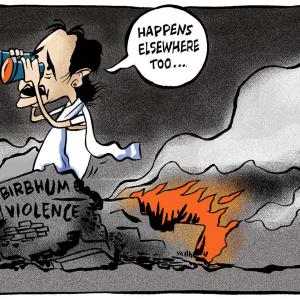